Another grey day today, just the odd glimmer of watery sun around lunchtime to lift the gloom. I reckon we’re well into autumn now. We pulled pins at around 11:00 this morning, still steadily headed roughly westward. 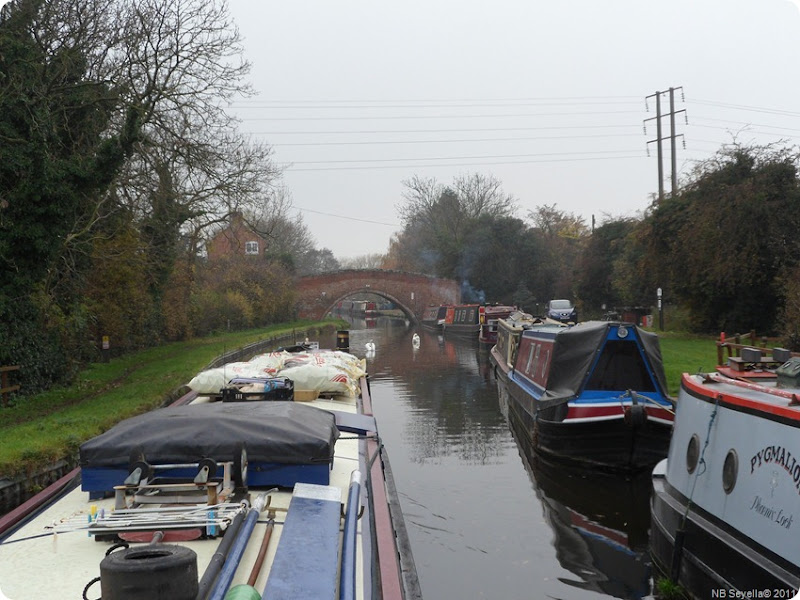 Just over the hedge to the right is the busy A38 dual carriageway. Probably not an ideal spot for a residential mooring, but some seem to manage.

Shortley after Eggington the canal crosses the River Dove on an aqueduct rebuilt in 2003. It still sits on the Brindley original from 1760’s. The river rises over 40 miles away, on Axe Edge near Buxton in Derbyshire. For a lot of it’s length it forms the boundary between Derbyshire and Staffordshire.

Looking across at the old road bridge from the aqueduct 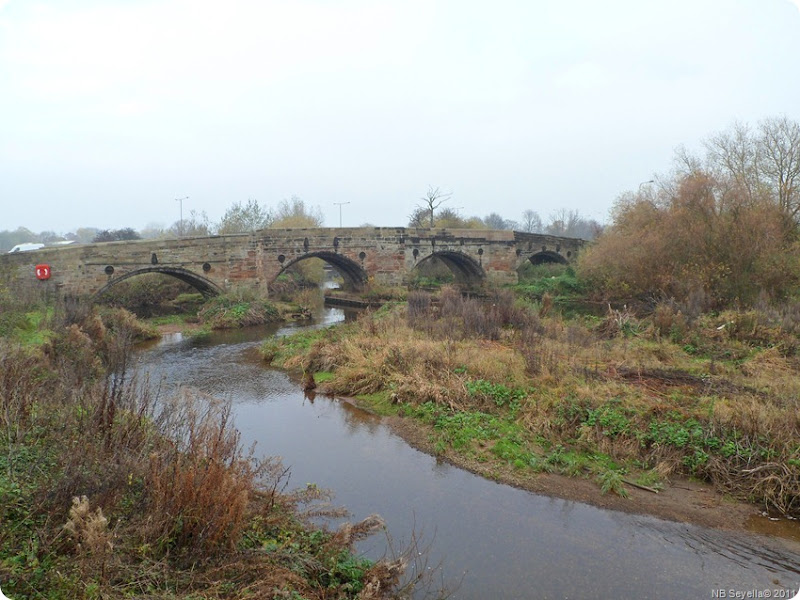 Shortly after ducking under the canal the Dove joins the Trent at Newton Solney.

During the dark days of WWII when it looked like an invasion from occupied France was imminent, a network of “stop lines” was developed to slow down the German forces. The main one, known as the GHQ Line, ran west/east roughly from the Severn to Medway, then headed north to deny access to the industrial Midlands. Using geographical features like rivers and canals, the defensive lines were supported by several hundred concrete pillboxes, many of which survive today. There’s one on the west end of the aqueduct. 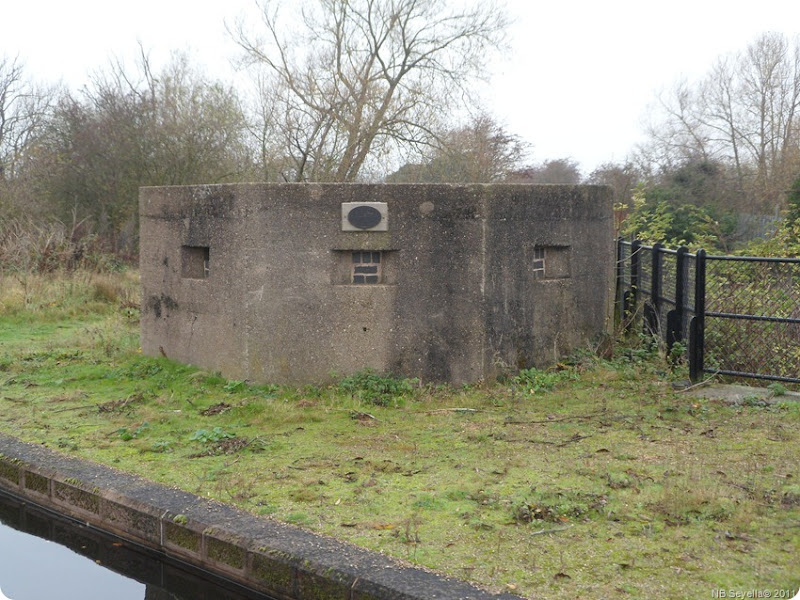 I’m not sure if this is on the GHQ Line (it did do a short east/west diversion from it’s northerly route between Nottingham and Derby) or one of the associated “local” defence lines. Either way, it’s a reminder of how close we were to invasion after Dunkirk.

I’d abandoned the tiller to get these pictures, luckily no-one else came along….

Stuck across the aqueduct 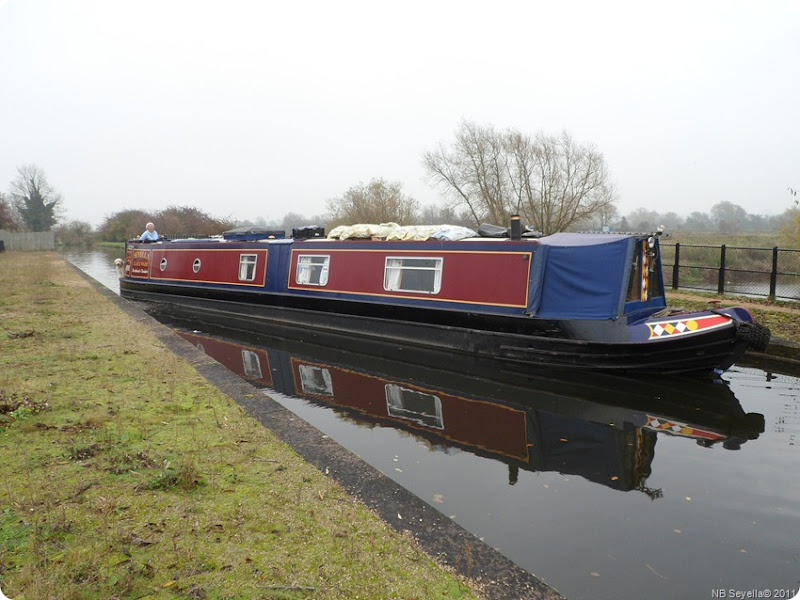 Mags came up to take command when she saw me walking along the bank….
Coming into Burton On Trent, some of the bridges are quite low, this one Bridge 32 at Horninglow.
Bridge 32 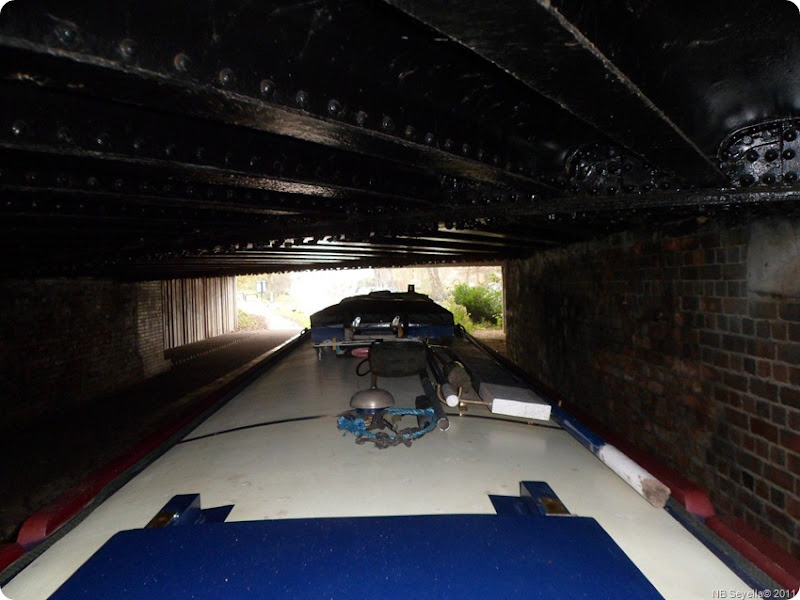 These early 20c spans were built of riveted iron. The beams forming the main load bearing structure are constructed of several flat lengths of wrought iron, all held together by hot riveting.   The gaps between are filled with brickwork.

Just after this bridge we pulled over to fill the water tank at Horninglow Basin.

Mural on the road embankment behind Horninglow Basin 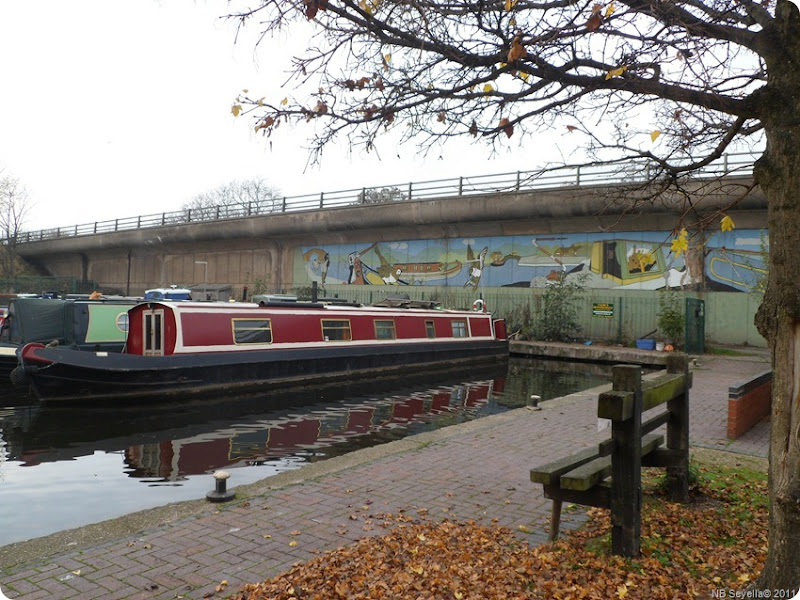 Horninglow was the furthest west broad-beamed boats could reach. From here the locks are all narrow, starting with Dallow Lock just a ¼ mile on.

Billy the Kid near Horninglow 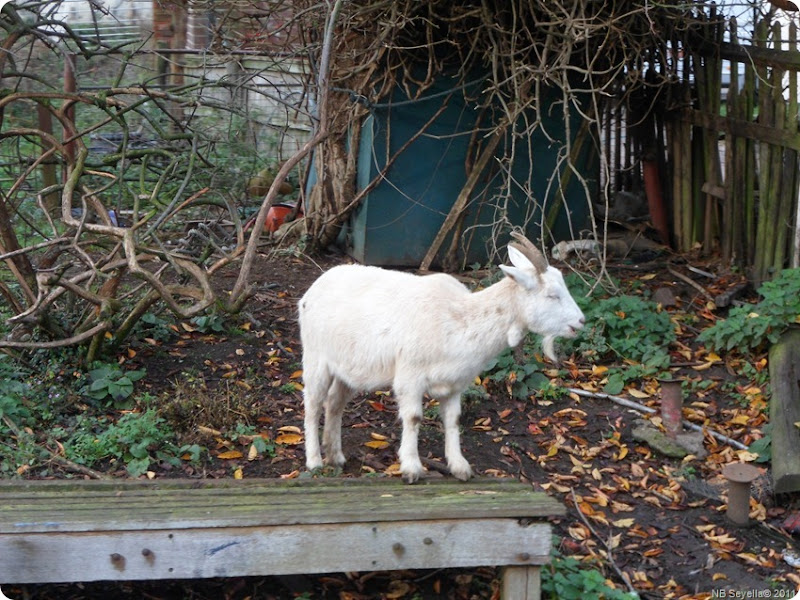 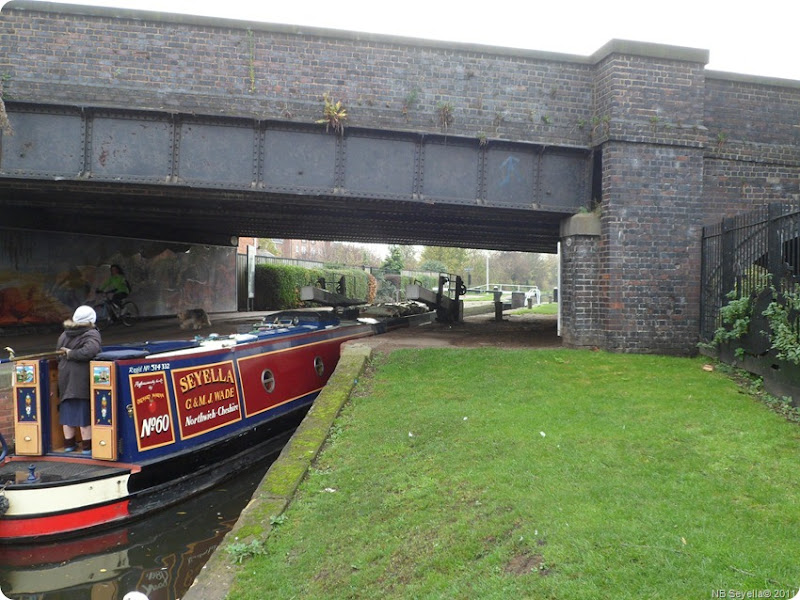 We were going to moor at Shobnall Junction, where the Bond End Canal used to drop down to the Trent, the remaining stub now Shobnall Boat Services. But there were 3 boats on the moorings alongside Shobnall Fields, the extensive area of football and rugby pitches, and a well equipped leisure complex. So we decided to join them. It’s a good mooring for Meg, straight out onto ball-playable grass. 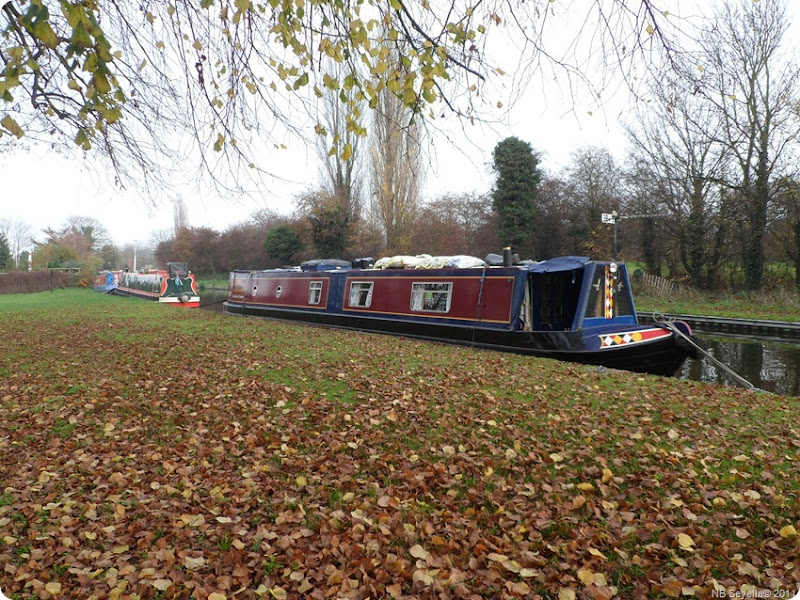 We don’t normally stop in Burton, but today we’ve a good reason. Tesco are doing an offer on Royal Worcester glassware, and we’ve enough vouchers for 2 lots at 70% off! So I hitched up my trusty rucksack and set off the 1½ miles to the store, only to find that the Burton shop doesn’t stock them. The nearest one that does is Lichfield, apparently. Still, they’re valid till early January, so we should get a chance to redeem them somewhere.

Here's a funny little quirk on Bing Maps. The Trent and Mersey Canal is labelled "Grand Trunk Canal" This was Thomas Brindley's idea for the name, he'd be proper chuffed!

We're smack in the middle, on the Grand Trunk Canal!