We moved today, not so far, just to the other side of the village. We seem to be picking the wrong days for moving, dull, cool days in between the fine sunny ones. 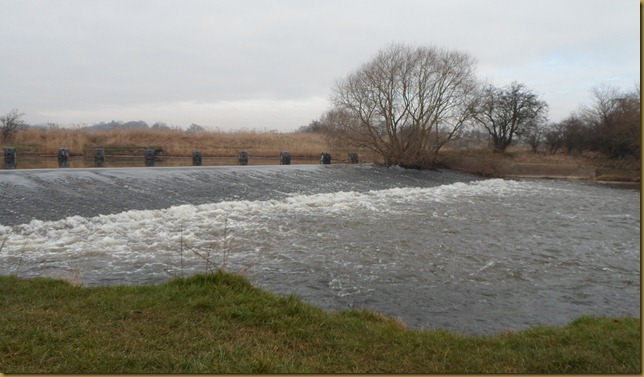 There’s been a few boats about this weekend, but there’s still plenty of space on the moorings. I took a run up to Shadehouse Lock (top of Fradley) this morning, it was busy up there, it always is, but there were only two boats on the main Fradley moorings.

We filled the water tank during our short move today, so we don’t need to head up to Fradley before the end of the week. Loo tanks will be getting full by then. Woodend and Great Haywood Locks are due to re-open next weekend, so the timing couldn’t be better.

Our cruise today just took us through the village and up Bagnall Lock, mooring just up from the lock landing. It’s a bit quieter with foot traffic at this end of the village, and we’re nice and close to the playing fields for Meg.

Coming up Bagnall Lock, the “Wizard Tree” in the background. 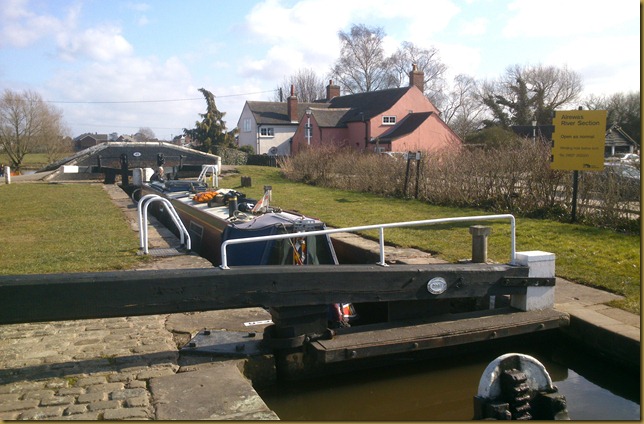 As you can see, Mags insisted on doing her bit….

Tomorrow and Tuesday look as though they’re going to be fine, but there’s a drop of rain moving in for later in the week. Get the outside jobs done first, then.

Now thats cold stuff. {Yes Heth the Feth is back} but not for long hopefully!