A Bolinder sandwich and hanging ice.

I was just preparing to “cast off sharp end, cast off blunt end” (remember The Navy Lark?) when the distinctive “pop, pop, put, parp, pop” of a Bolinder semi-diesel engine came echoing back from the houses opposite. I hung on to the fore rope as NB Kangaroo towing butty Australia chugged past towards the locks.

We followed them up, expecting a slow ascent of the four in the Meaford Flight, but they were mob-handed and we were all on to keep up. Even though Australia was being bow-hauled through each lock… Even when these boats would have being loaded with 22 tons of coal, this was the quickest method to get a pair up a flight.

As we went up I lifted the lower paddles on each lock we left, to make it easier for Ann and Chas following, having been told that another pair was on the way. Even so, they were relentlessly pursued all the way up.

This pair turned out to be motor Jaguar, towing butty Northolt. 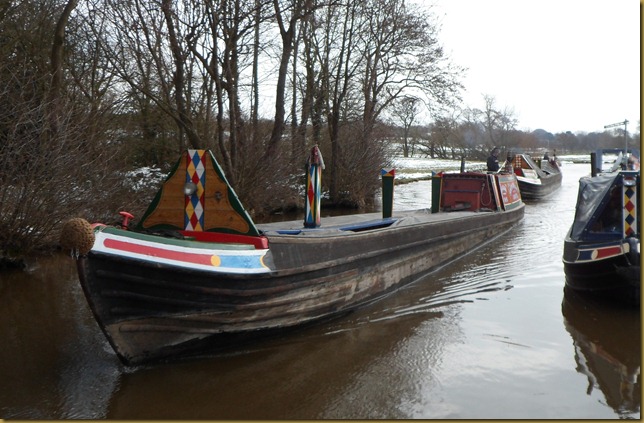 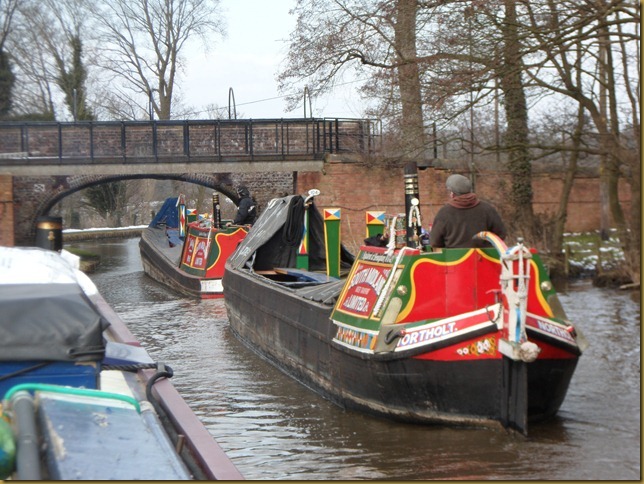 It’s amazing when you think that these motors are powered by 15HP single cylinder diesels. When working they could be loaded with upwards of 40 tons between them, so they’ve got to gross at around 55 tons. Our modern 20 tonne boats are considered underpowered if we’ve less than 30 horses in harness. It’s all to do with torque, of course…

They in turn were followed by the coal boat NB Auriga, no pics of this one. They passed after we’d moored at Bridge 104. They all intend to be at Harecastle Tunnel tonight. I guess they’re heading for the historic boat gathering at Ellesmere Port Boat Museum over Easter.

From the top of the locks we had an hour’s cruise, being careful under the bridges not to disturb nature’s sculptures dangling overhead… 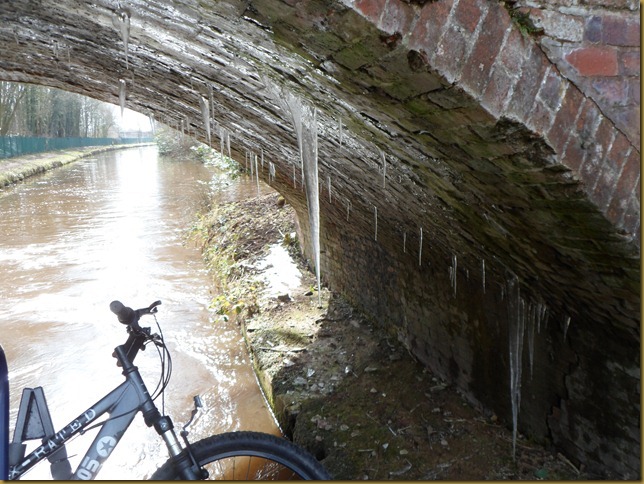 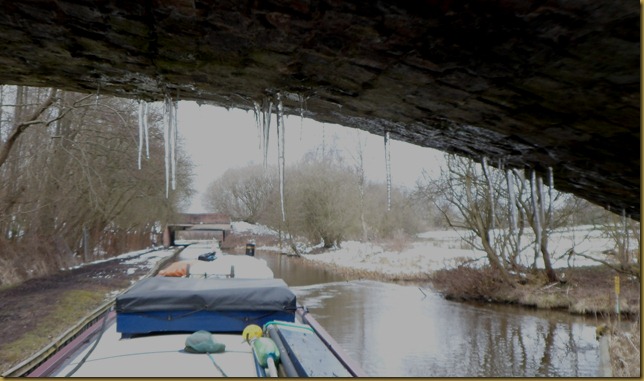 From Barlaston into Stoke the towpath is a good, hard surface. It looks like they’re extending it to Stone, now. 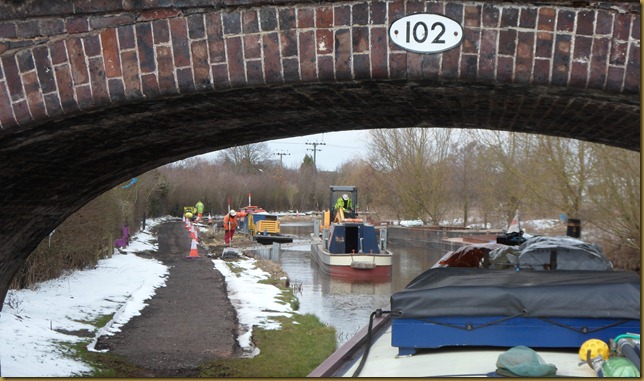 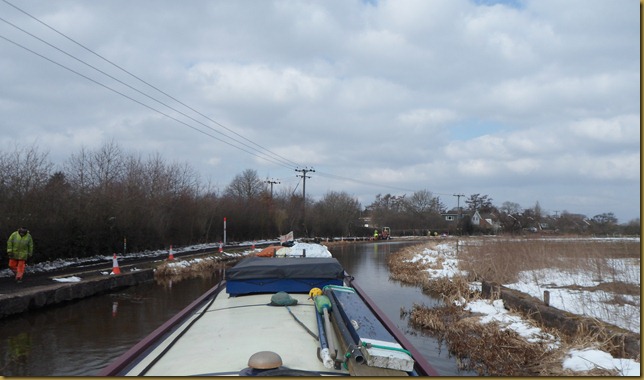 After we moored I decided to check the battery electrolyte levels. Having spent a goodly chunk of the GDP of a small country on them, it seems sensible to look after them…

Tools for the job…. 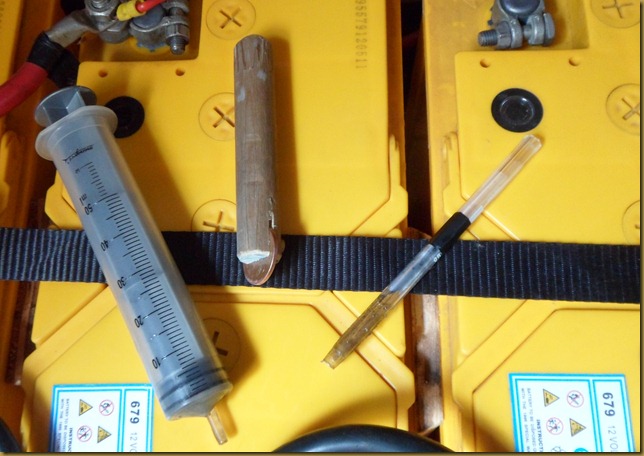 Laboratory syringe for topping up, home made tool for the caps (broom handle and a 2p piece), empty biro tube for level checking (stick it in the hole so it rests on the plates, put your thumb over the end and lift it out. If you’ve an inch of fluid in the tube there’re OK. Make sure the acid goes back in the cell…).
They were all OK, so that’s another little job done.

We’re off through Stoke tomorrow, aiming for Westport Lake for the night.

Another working boat has just chugged past, this time motor boat Greyhound.

We’ve had few boats pass since we moored, not all slowing down as canal etiquette requires. A lot were “owner drivers”, probably those who harangue hirers if their mooring lines so much as twitch as they are passed…
Interestingly, all the ex-working boats have slowed. They don’t always, I think that some of the steerers/owners treat anything that was built since WWII with disdain. Me, I prefer a 50 foot cabin to an 8 foot one!