Icicles on the icicles!

The temperature here dropped to –5° or –6° overnight, cold enough to form about a ¼” of ice on the sheltered water in the Ellesmere Arm. With tonight expected to go even further south, we decided it was time to head out onto the main line. But first I had to deal with the snow drifts on the roof. At least there’s no more of that due for a bit! 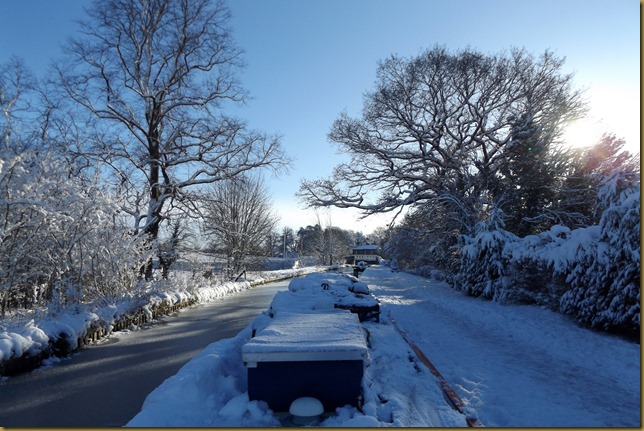 The chap off the boat behind was clearing his roof too, and we got chatting about mobile internet access. He and his wife are here for the winter and they’re struggling for a connection. So I showed them what we have. They intend to start selling hot soup and bread from their boat shortly, they should do alright here, especially in this weather! Look out for them, Dave and Emma, and the boat is called Ida.

With the 8 inches of snow removed from the top boxes I could see where we were going, so set off back to the junction. 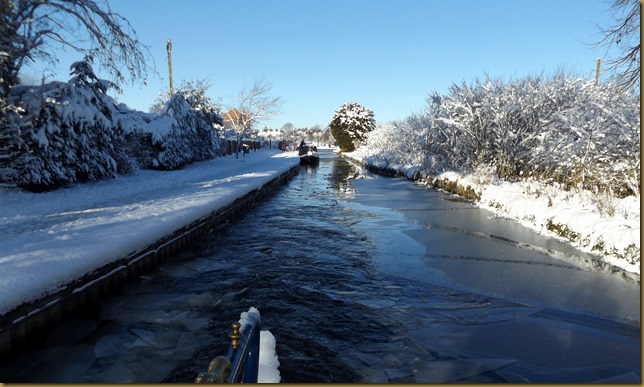 The ice got thinner as we headed further out, turning into just a thin scum as we motored out onto the canal to the service wharf. 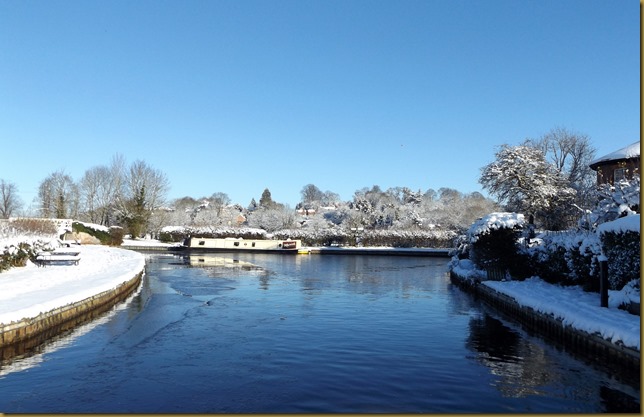 A kettle-full of boiling water poured over the water stanchion got that defrosted so the water would flow, and I started clearing the snow from the wharf, soon joined by a couple of people from the CRT workshop. It appears that someone is sleeping rough under the canopy alongside the dry dock. 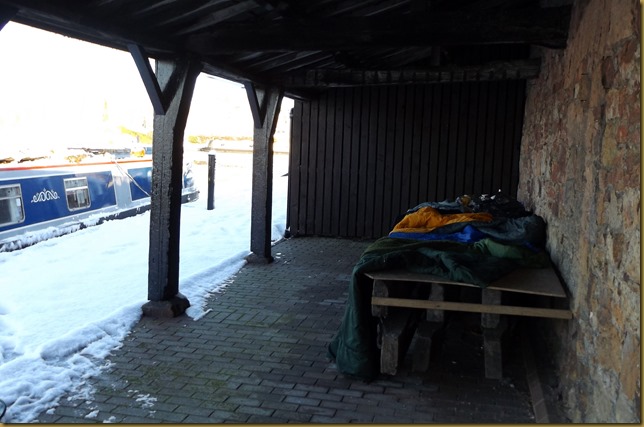 Not a bad spot with access to fresh water and toilet facilities, but I don’t envy him!

With the tank full and the rubbish and recycling dealt with we pushed across the canal to moor on the towpath opposite. We’ll be here for another couple of days while the arctic temperatures prevail.

Thanks, Ade, Carol. Yes, we think she's coming out of it now. Might be some time before she's fully fit, though.
Locks 0, miles ¼
Posted by Geoff and Mags at 7:48 pm