Back in England for Christmas

We passed through two tunnels and across one aqueduct on Wednesday, returning across the border to moor at The Poachers Pocket again. 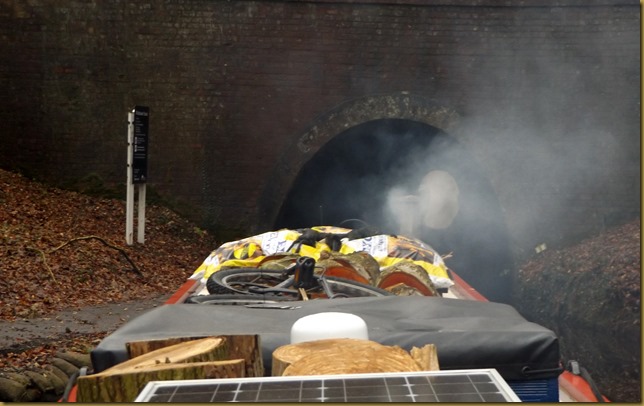 The woodsmoke wasn’t too much of a problem, these tunnels are high and wide, and the draught was going our way too.

After cruising past Chirk Marina and through the cutting, we pulled in just shy of Chirk Tunnel. This one’s a bit longer than Whitehouse, and the fire was now smoking vigorously, so I stopped to go shopping at this end rather than go through first. 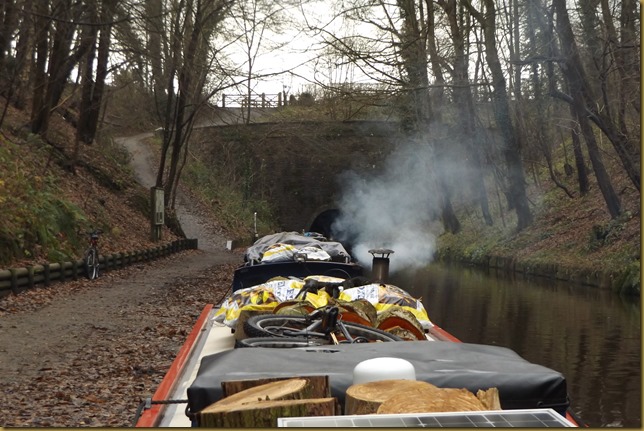 By the time  returned the smoke had cleared a bit as the logs got going, so on we went, through and out into the basin at the other end to line up for the aqueduct. 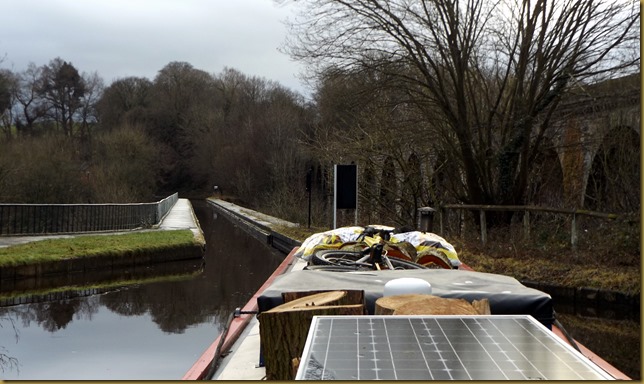 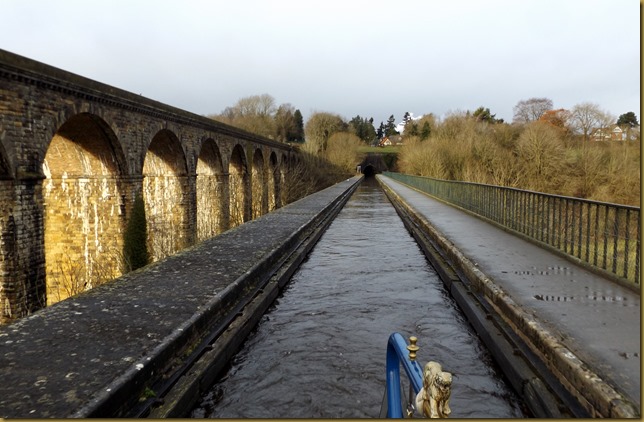 Over the Ceiriog and back into England 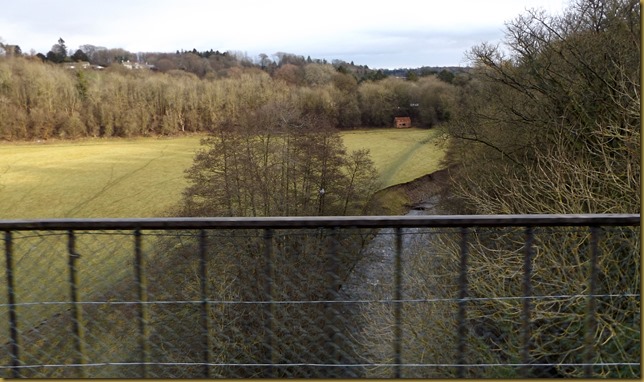 We followed the top of the Ceiriog valley along Chirk Bank before turning south and mooring outside The Poachers. 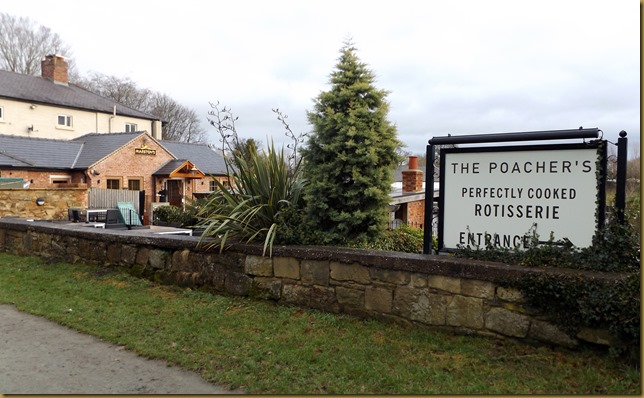 Plenty of room on moorings here. 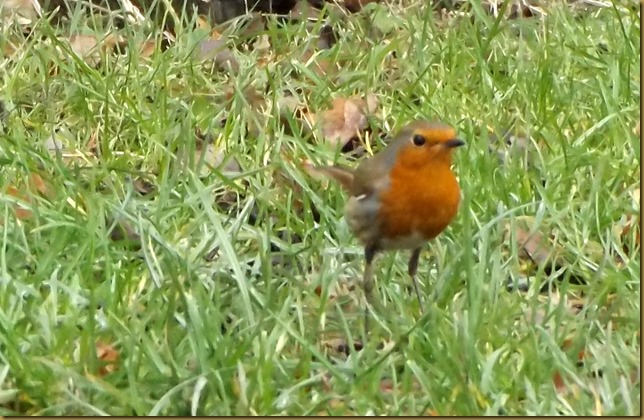 …followed by half a dozen of these guys on the other side of the boat. 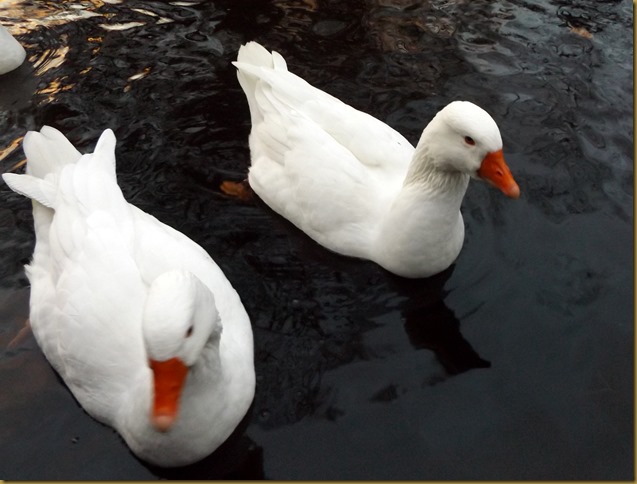 You’d have thought, after having had a good feed off us, they would have considered sacrificing one of their number for our Christmas dinner, but the suggestion fell on deaf ears. (Do geese have ears? I guess they must…)

On Thursday morning Richard, on the coal boat Mountbatten, came past on his last trip this way for a while. Stoppages at this end of the canal will prevent him coming up till March, but he will be delivering by road. 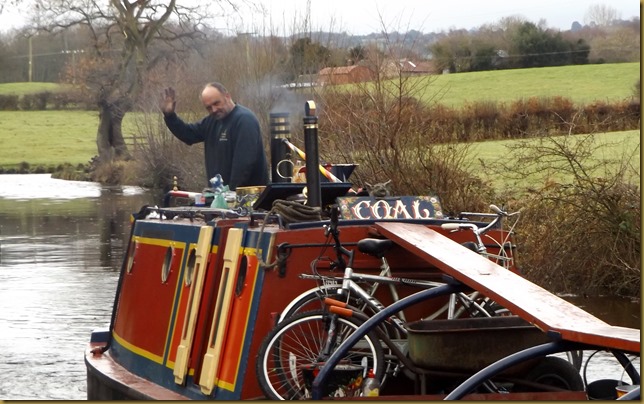 We filled with diesel and took some solid fuel as well. We’ve still got plenty of wood, but there’s a long winter ahead.

Today Meg and I were picked up to go into the vet at Chirk by Fiona, of We Love Paws and Tails. An excellent service.
It’s often difficult finding taxis that will take dogs, and Fiona waited for us while we were in with the vet, then even took me took a chemist afterwards. Lovely people.

The vet was happy with Meg’s progress, although he’d not seen her before we’d had all the recent history faxed over from Middlewich so he was fully informed. He gave her a good going over, her chest seems to be pretty clear now, there’s just the dry cough that she has now and then, which has made her throat a bit tender. He was happy to prescribe another month of steroids that are doing a good job keeping her breathing comfortable, and have the secondary effect of improving the condition of her arthritis. I’ll reduce the dose after a fortnight, to see if she can manage on less of this powerful drug. I didn’t think there’d be a problem, she’s certainly bucked up although not back to her normal self yet. But that’s one of our Christmas wishes granted…

We’ll be spending some time with good friends Val and John over the next few days, they’re only 15 minutes away by car.

So it only leaves me to say have a great Christmas. Enjoy!

Enjoy your Christmas you two. Love from us both xx

And a Very Merry Christmas to You, Mags & Meg too :)

Merry Christmas and a Happy New Year Geoff, Mags & Meg enjoyed following your travels as ever this year, looking forward to following you next year.
Cheers
Ade