Up to the top of the hill…

Over the last two days we’ve come up the final few locks to the summit level of the Trent and Mersey Canal. The summit level is the highest point on the navigation, the T&M, Oxford and the Leeds and Liverpool have one each, the combined canals that make up the Grand Union have several between them, but the Stratford on Avon and Worcestershire and Birmingham Canals strictly speaking don’t have them, running consistently in one direction down (or up!) from one end to the other.

Back to the Trent and Mersey, we’ve 5¾ miles and one tunnel to negotiate before we start to drop down the other side.

So, back to yesterday and we had rain overnight which cleared to leave us a calm but cool and murky day. Just 5 minutes away we started on the four Meaford Locks, the only ones for the day. 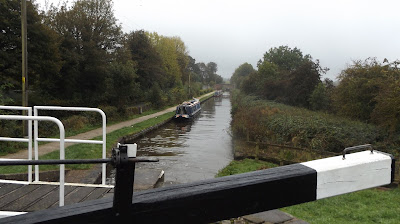 We had the locks to ourselves until the top one, where the surge of water below the gates told us that a boat was coming down. So we held back, waiting for it to emerge – and waited, then waited a little longer until the bows slowly appeared under the bridge at the bottom of the lock. 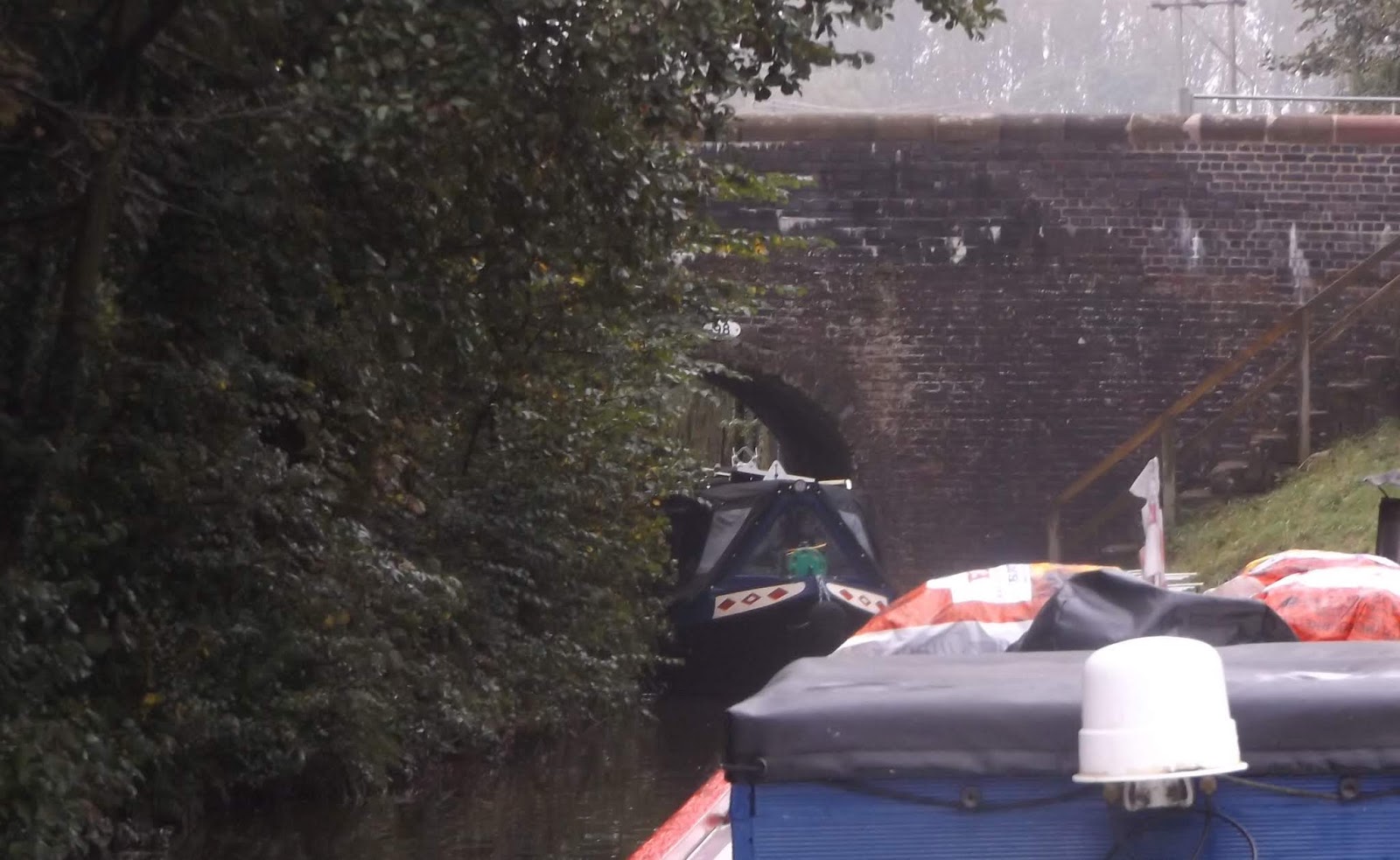 We were able to swap the lock with the Jamiesons on Free Spirit, just a quick shouted hello as we passed each other, then plodded along, with the trains on the offside zooming past. 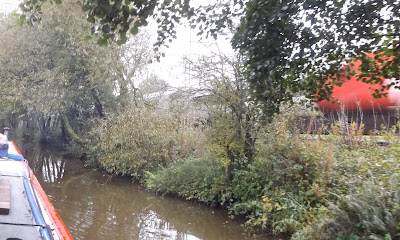 We moored up within sight of Oldroad Bridge, just past Barlaston.

After more overnight rain it looked to be clearing up as we set off this morning, with Trentham Lock just around the corner. 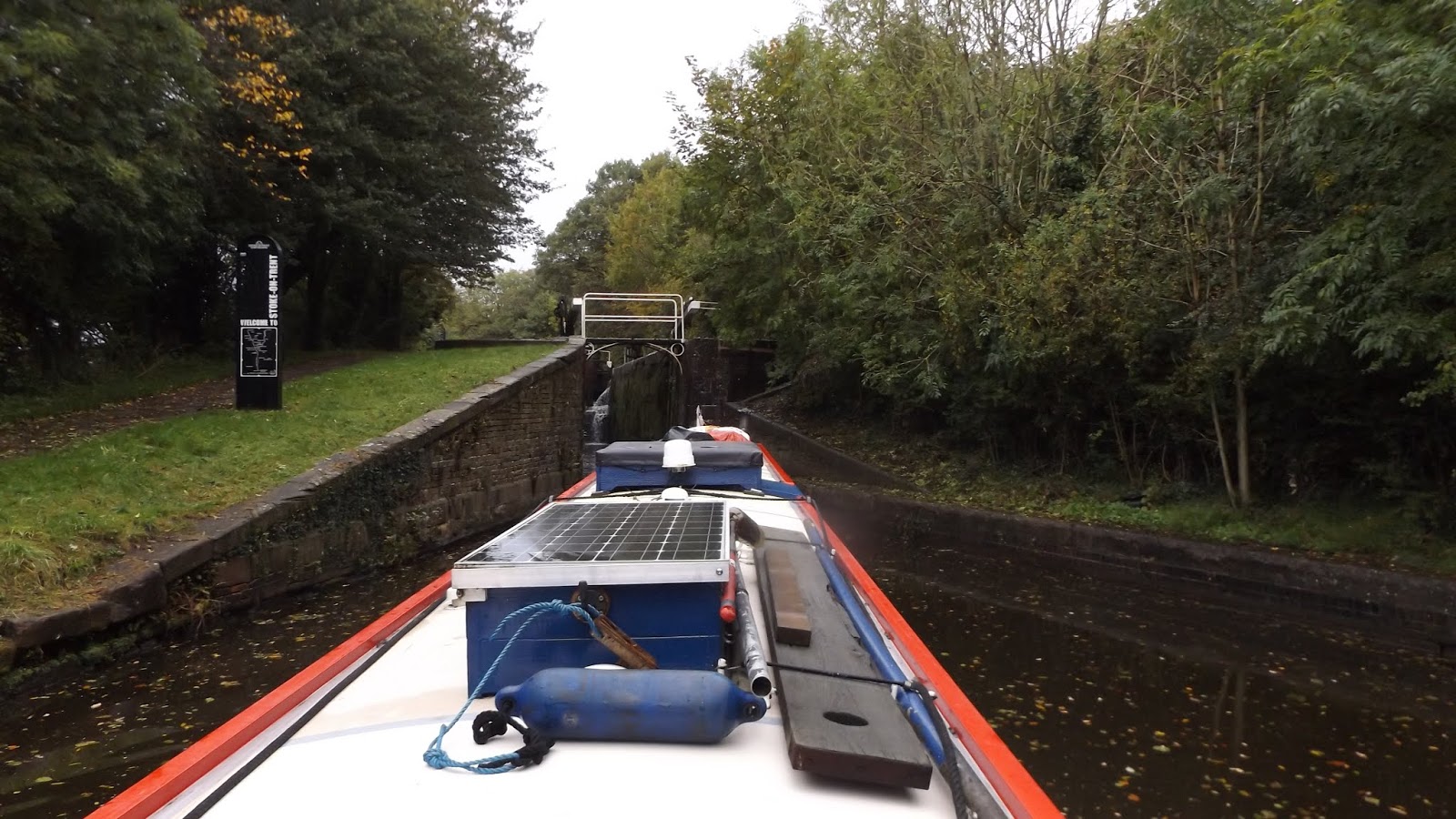 But by the time we’d got up the lock and motored into Trentham we were suffering in a steady drizzle, not really rain, more like damp air. It didn’t last too long though, and the day slowly improved as we headed towards Stoke. 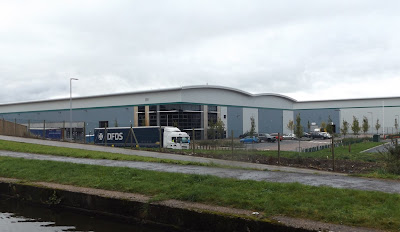 Under the A50 next to the waste incinerator. 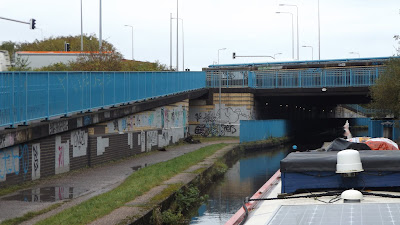 We’ve been over the canal here many times, heading to and from the M6.

Magnet fishing is becoming quite popular, I just wish they’d arrange to dispose of the (s)crap they drag out… 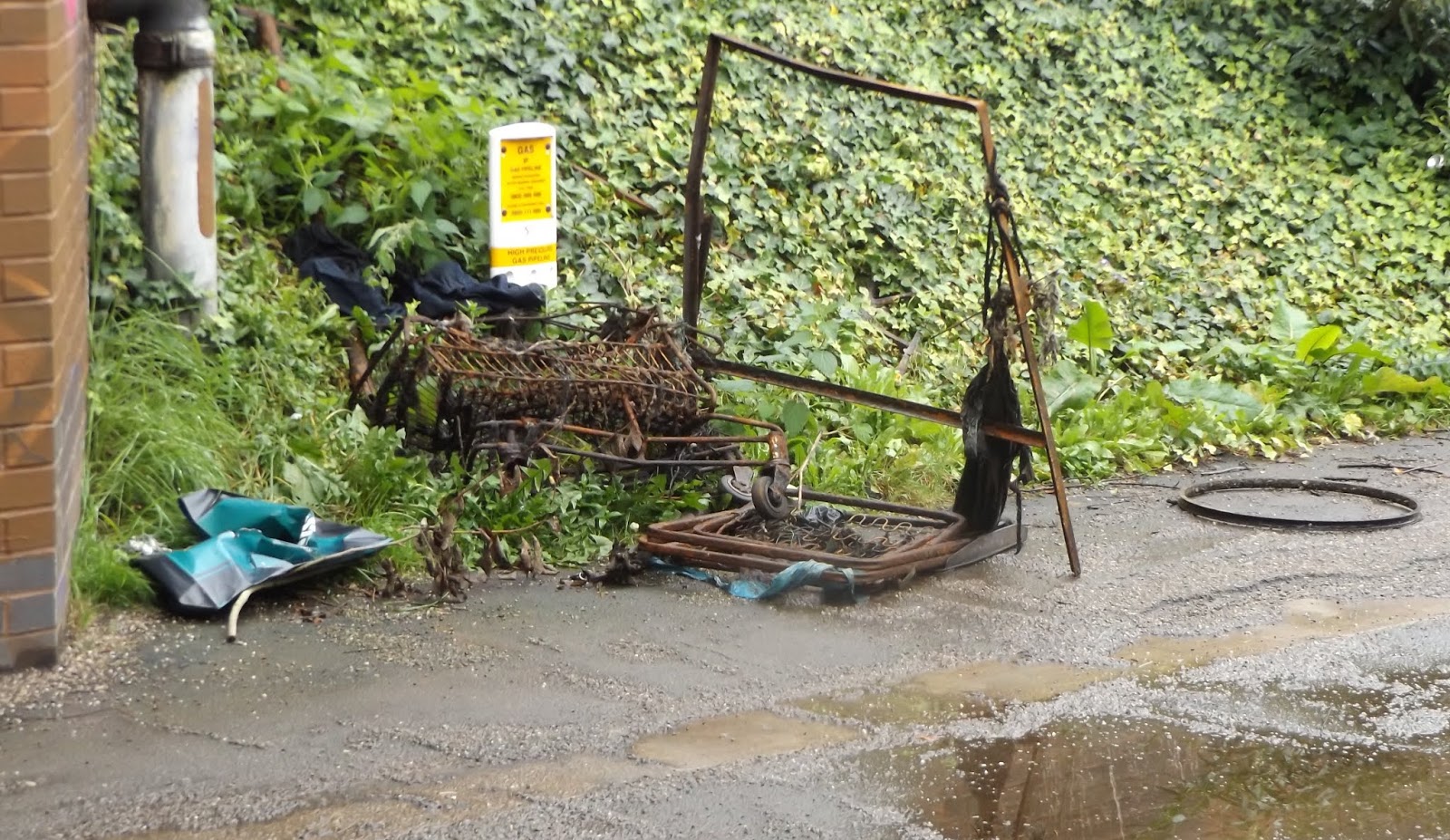 We crossed the Trent for the last time, the mighty river downstream hardly more than a fast flowing brook only a few miles from it’s source.
The first of the Stoke Locks is deep and ugly, with cast concrete sides and poorly designed top ground paddles that take ages to fill the chamber. 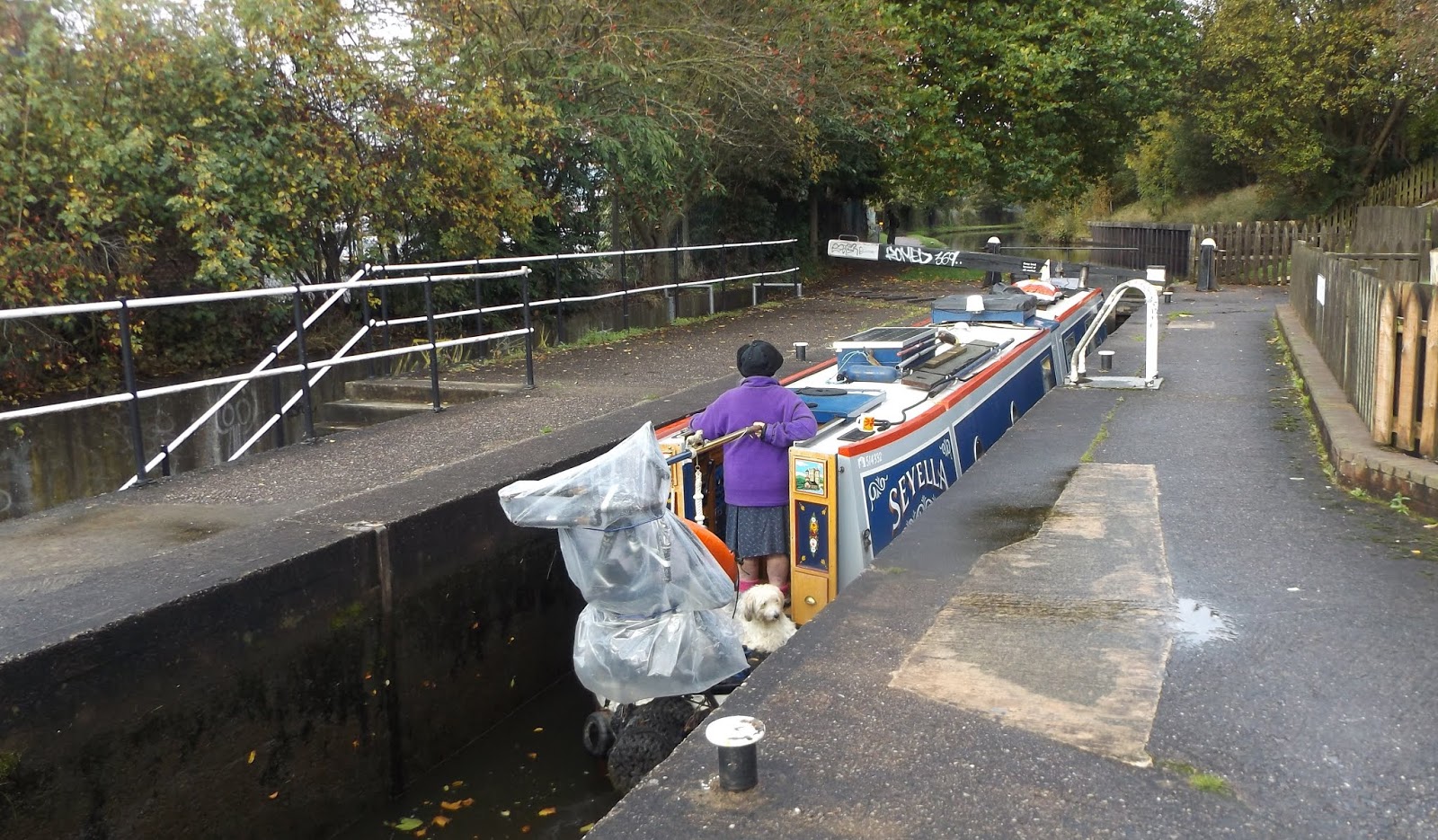 Cockshutes is next, with the railway running close overhead. 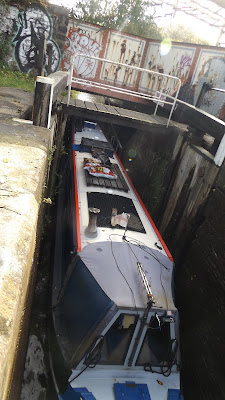 We met our first downhill boat at Twyford Lock, then we were at the last two, Johnson’s and Top Lock. 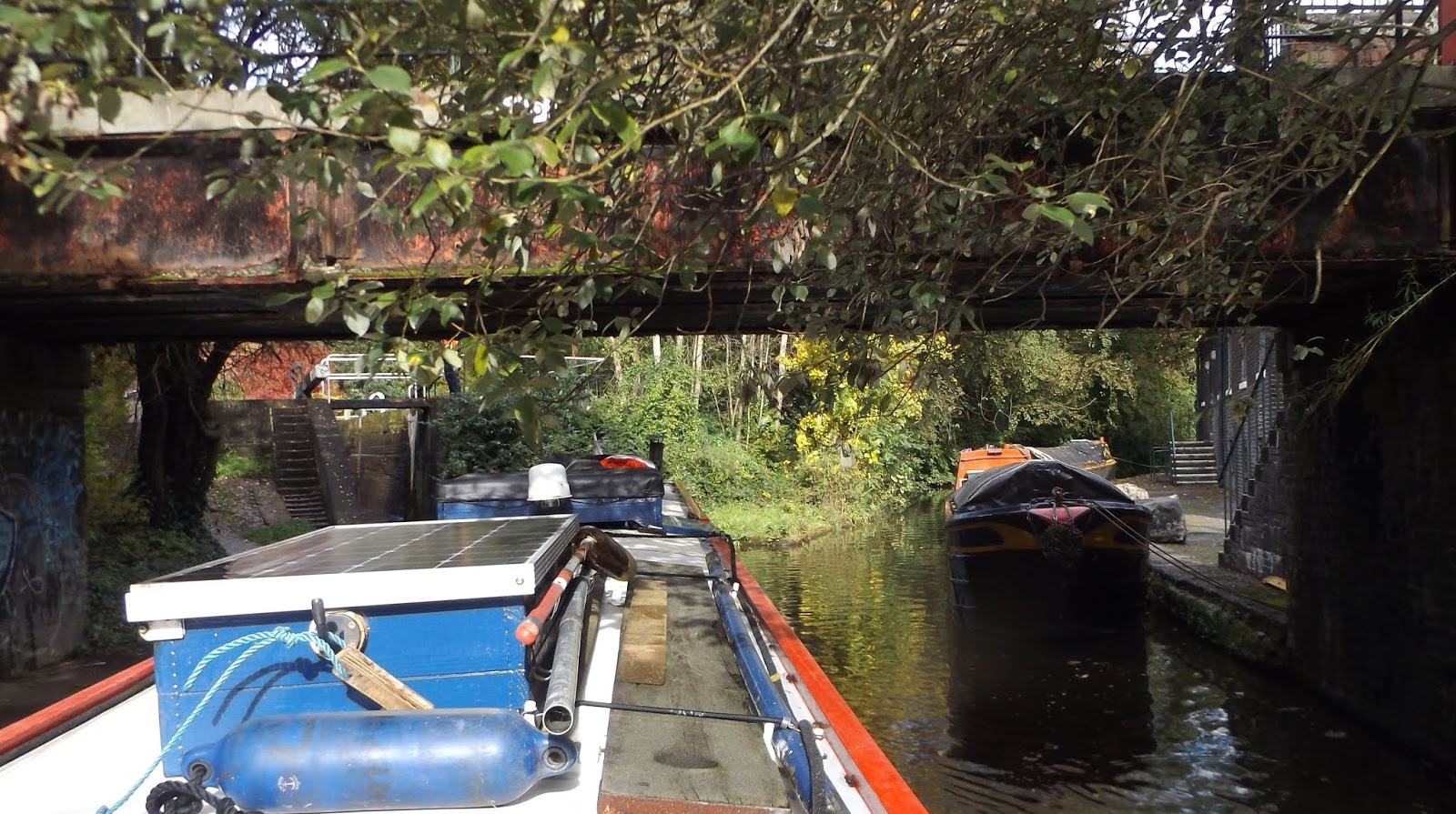 It was here we had a sad encounter earlier this year…

No problems today though, with volunteers working both locks we were up and through easily. 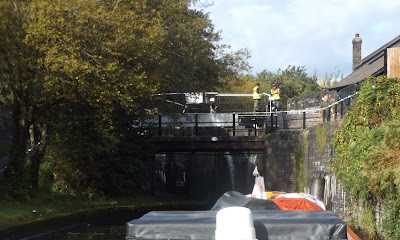 We turned sharp right into the entrance to the Caldon Canal to moor just on the end of a row of boats. 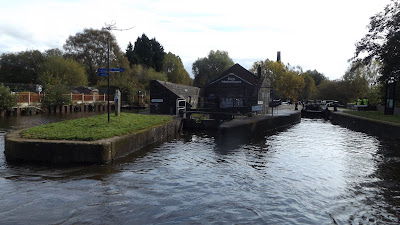 It was busier here than expected, but I’d forgotten that there is a problem further up the Caldon and some are waiting to go up there.

Near the industrial museum at Etruria Junction. 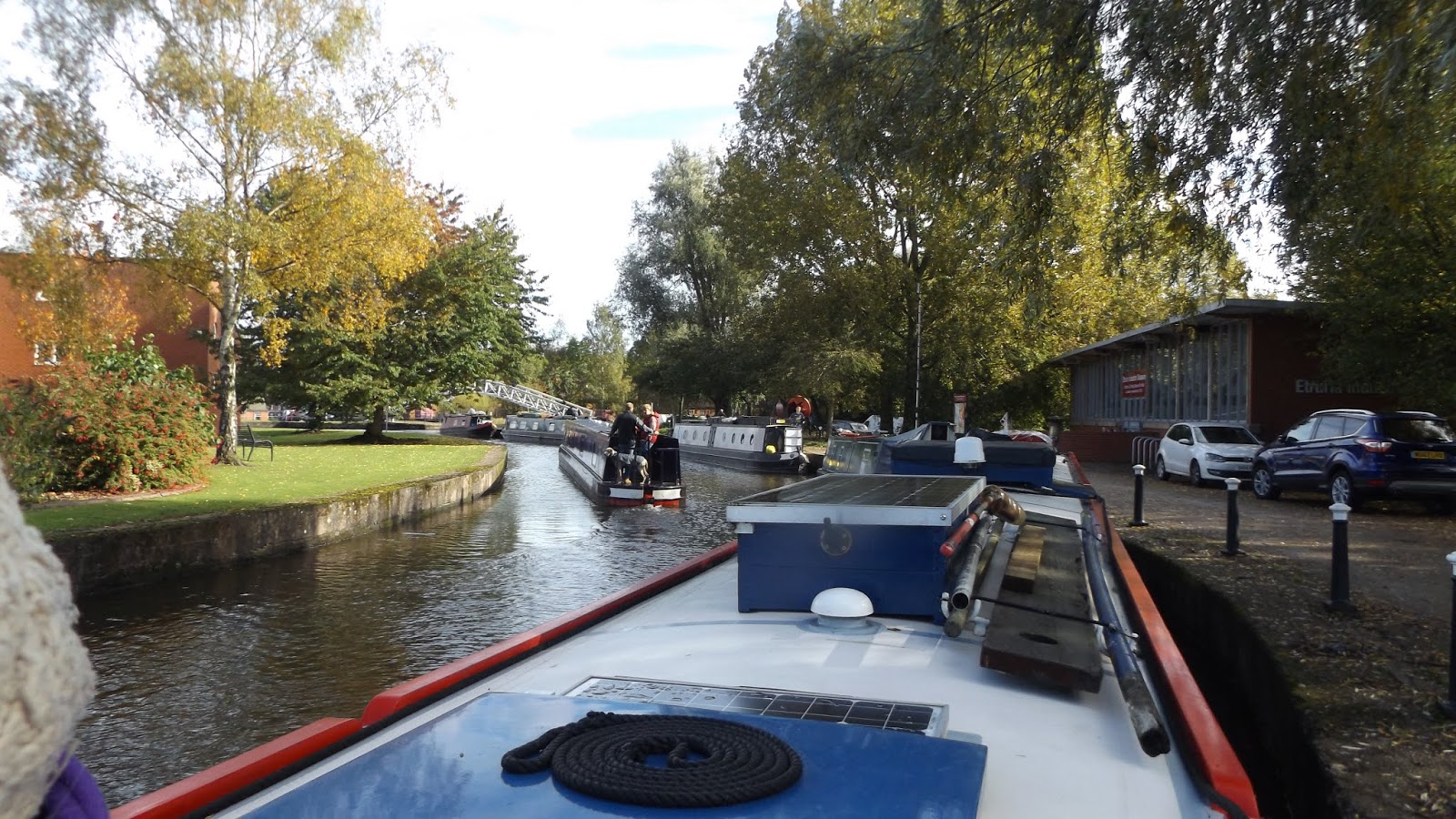 We’re only stopping here overnight, but it’s better here than dodging the cyclists on the moorings above the lock. We’ll be turning around, filling with water and heading back out onto the T&M in the morning.

On Monday afternoon, with a Harecastle Tunnel passage imminent, I though I’d better check the tunnel light and horn. The light was fine, the horn wasn’t. Not even a squeak. I checked the wiring and there was power to it, so I stripped it down and fiddling with the screw that adjusts the diaphragm and got it working, but intermittently. It blared, then croaked, then groaned. No good then.
So I dug out the old car-type horn that was fitted when we bought Seyella from where it had been lurking for twelve years, connected that up to 12 volts and it squeaked like one of Meg’s toys. Only quieter. No good either.
Ebay to the rescue, and I collected a new stainless steel one from Sainsbury’s this afternoon.

The good, the bad and the ugly. 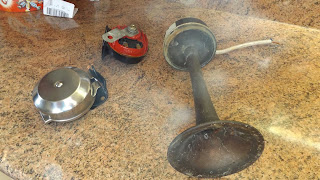 I’d tidied up the wiring in preparation, so it was just a case of screwing the new one on and crimping the connections. A satisfying BLAT that frightened the pigeons was the result. Sorted.

Not sure what we’ll be doing tomorrow. We’ll definitely move at least as far as the water park, but maybe through the tunnel to Red Bull as well.

Oh, thanks to KevinToo who was able to discover some info on that car I spotted outside Stone the other day. https://www.brightwells.com/lot-details/100007961

George thanks Kevin Too too as he was very interested to know what that car was! Hope you and Margaret are well and that Margaret is much better now. xx