Yesterday we intended to push through Great Haywood and moor maybe at Weston. Then on to Stone today.
But today’s forecast was dire, rain all day, so we decided to stop at Haywood instead and watch the rain come down while tied up. It didn’t quite work that way, but near enough.

Before we left I had a look at the Trent flowing under Brindley Bank Aqueduct. 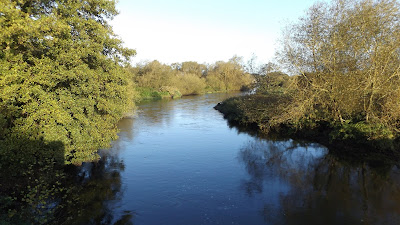 It’s still pretty fast, but I see that C&RT have lifted restrictions on Sawley, Cranfleet and Beeston Cuts, so boats can now navigation the stretches of river in between.

A half-nine start again saw us toddling along, up the wide Trent Valley with Cannock Chase rising to the left. 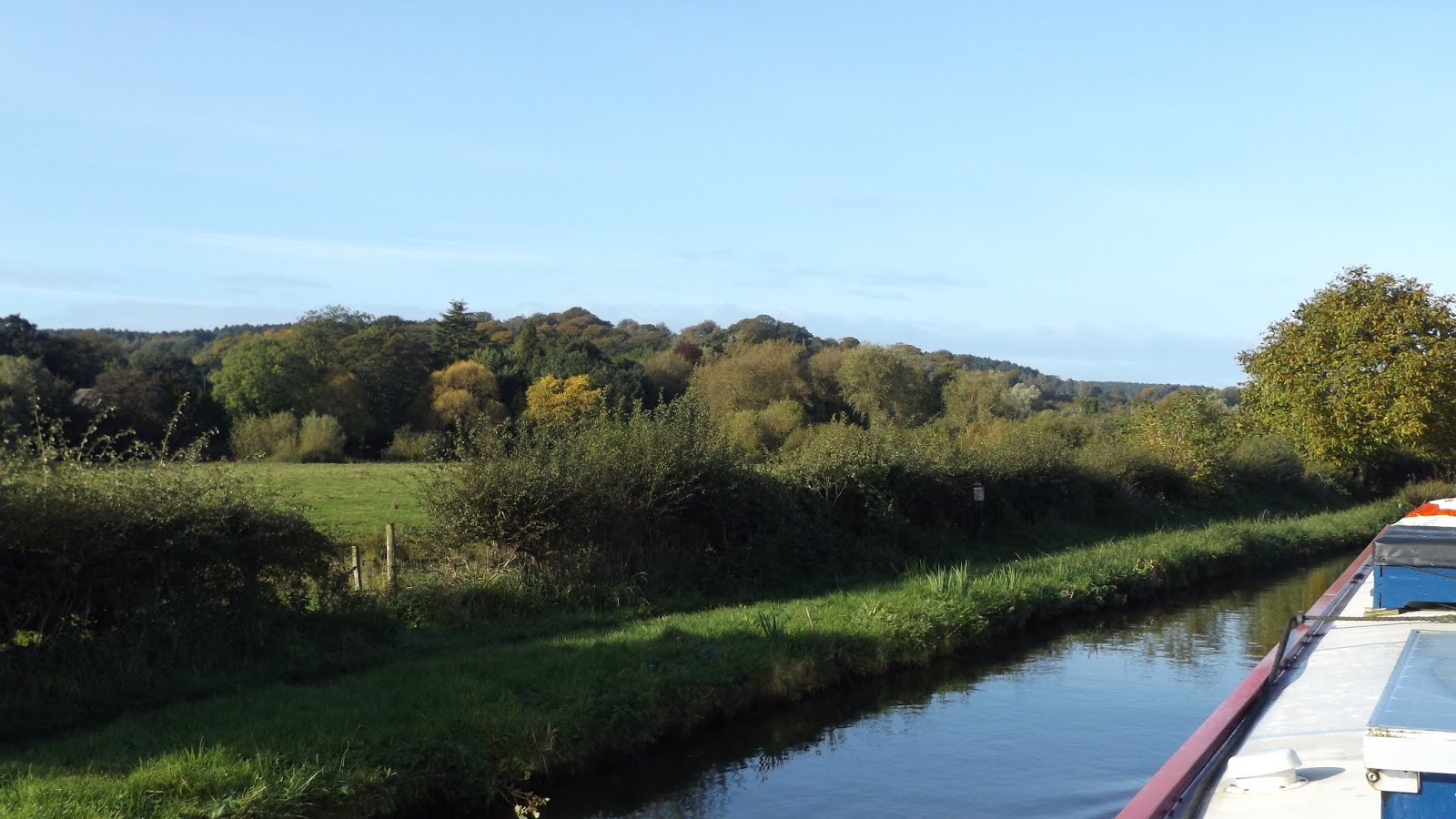 Near Wolseley Bridge stood two large manor houses, that to the south was Wolseley Hall, built on land granted to the Wolseley family in the 11th century as a reward for them wiping out the wolves that preyed on the King’s hunting grounds. The original moated medieval hall fell into ruin after the English Civil War as Sir Robert Wolseley chose the wrong side and had his estate confiscated.
After the Restoration Charles II gave the estate back to the family, and a new hall was built. It was enlarged and modernised during the Georgian era, but suffered a serious fire in the 1950s and was subsequently demolished. 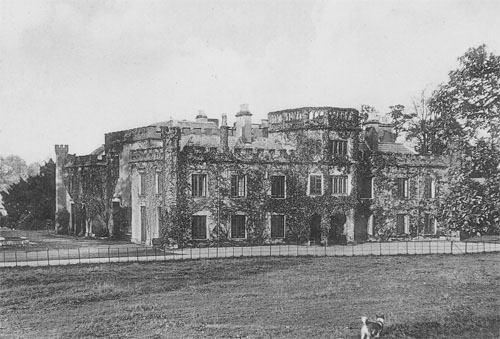 Picture from www.lostheritage.org.uk/houses
The site of the hall and what’s left of the estate is now occupied by Wolseley Bridge Garden centre and Staffordshire Wildlife Trust.

Bishton Hall, to the north, is a later, mid 18th century, and still stands. 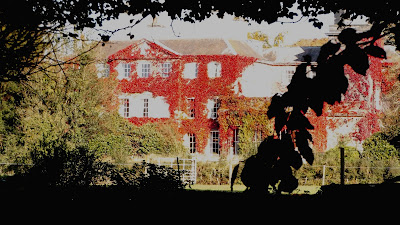 The Grade II listed building was, since 1946, a public school, St Bede’s Preparatory and Nursery School, but closed in 2018. Earlier this year it was purchased by Hanson’s Auctioneers and is now in use for auctions and valuation days.

Colwich Lock is a mile or so up from Wolseley Bridge, and we had to wait for a boat to go up before it was our turn. 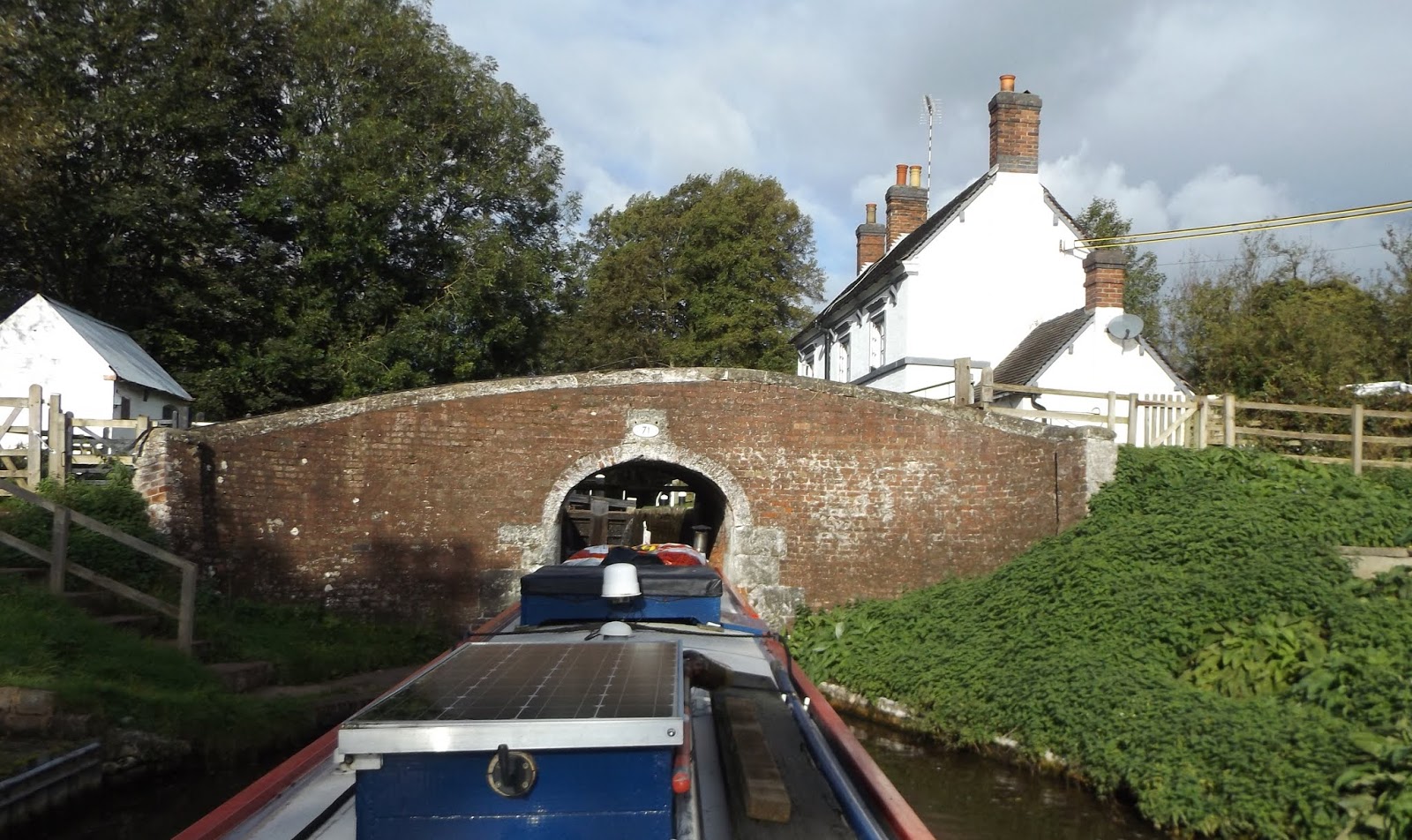 But with a queue of boats waiting to come down there were folk on hand to speed up the operation.

Work in progress on the railway bridge above Colwich Lock 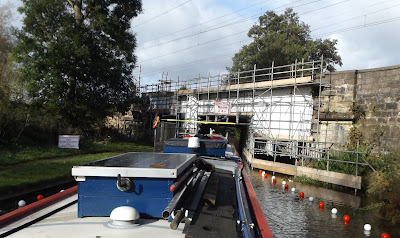 Instead of going up Haywood Lock and mooring above, we decided to pull in on the straight opposite Shugborough Park, in a pleasant sunny spot. 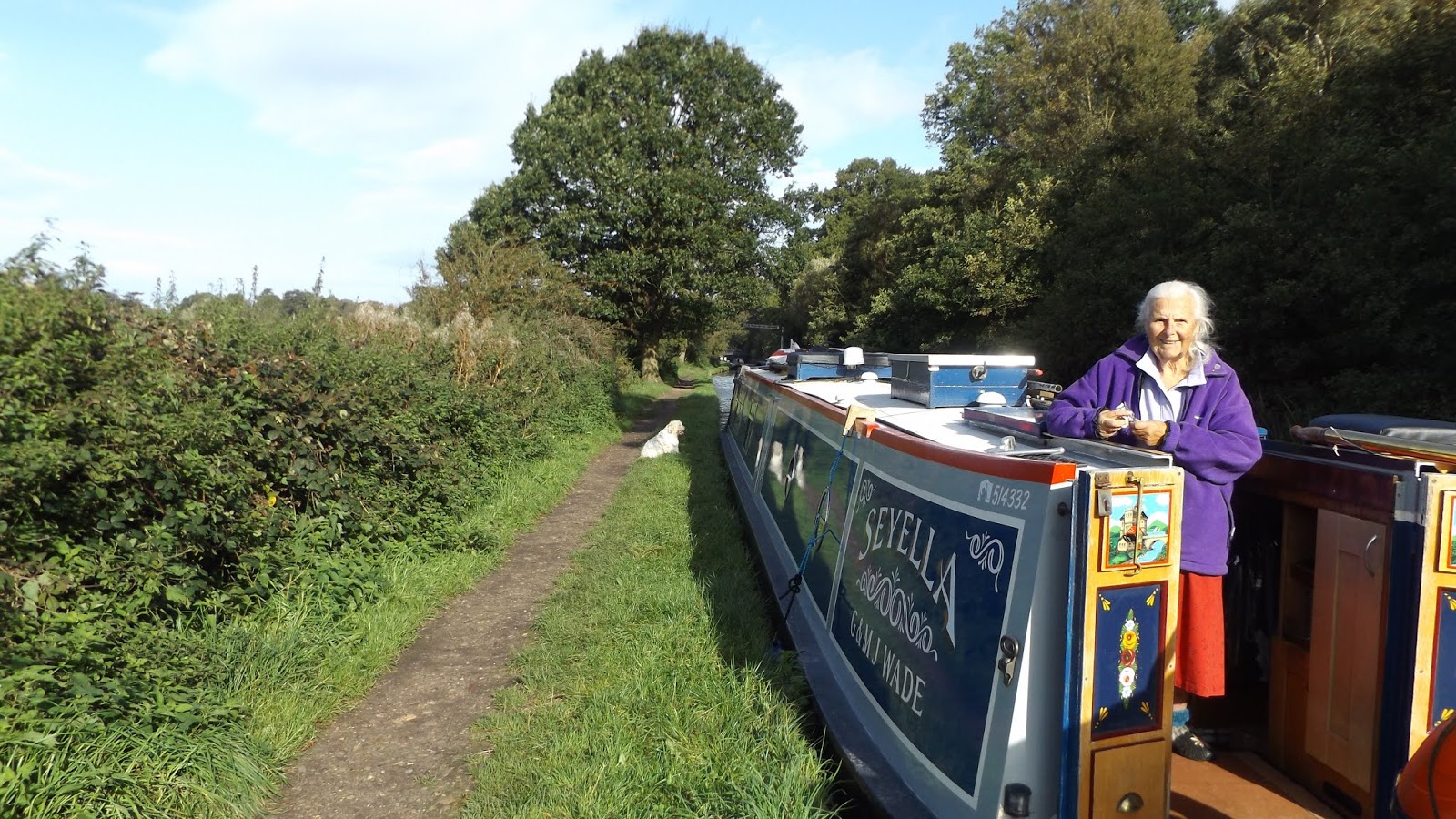 The expected rain did arrive later, though, and continued on and off into today. We chose not to move, and I had a stroll up to the shop, coming back along the towpath from the junction. There was plenty of mooring space to be had and the rain had eased, so I untied and set off to go up Haywood Lock. Of course, as soon as I cast off the heavens opened! Mags and Meg stayed inside in the dry, I got a bit wet but it was only for 20 minutes, then we were tied up again near the junction.

We will move on properly tomorrow…

That looks just about where we moored last week, bit of a hump between the canal and the railway