Through the tunnel and making a start on Cheshire

Mr Brindley’s statue stands at the Junction between the Caldon and Trent and Mersey Canal. 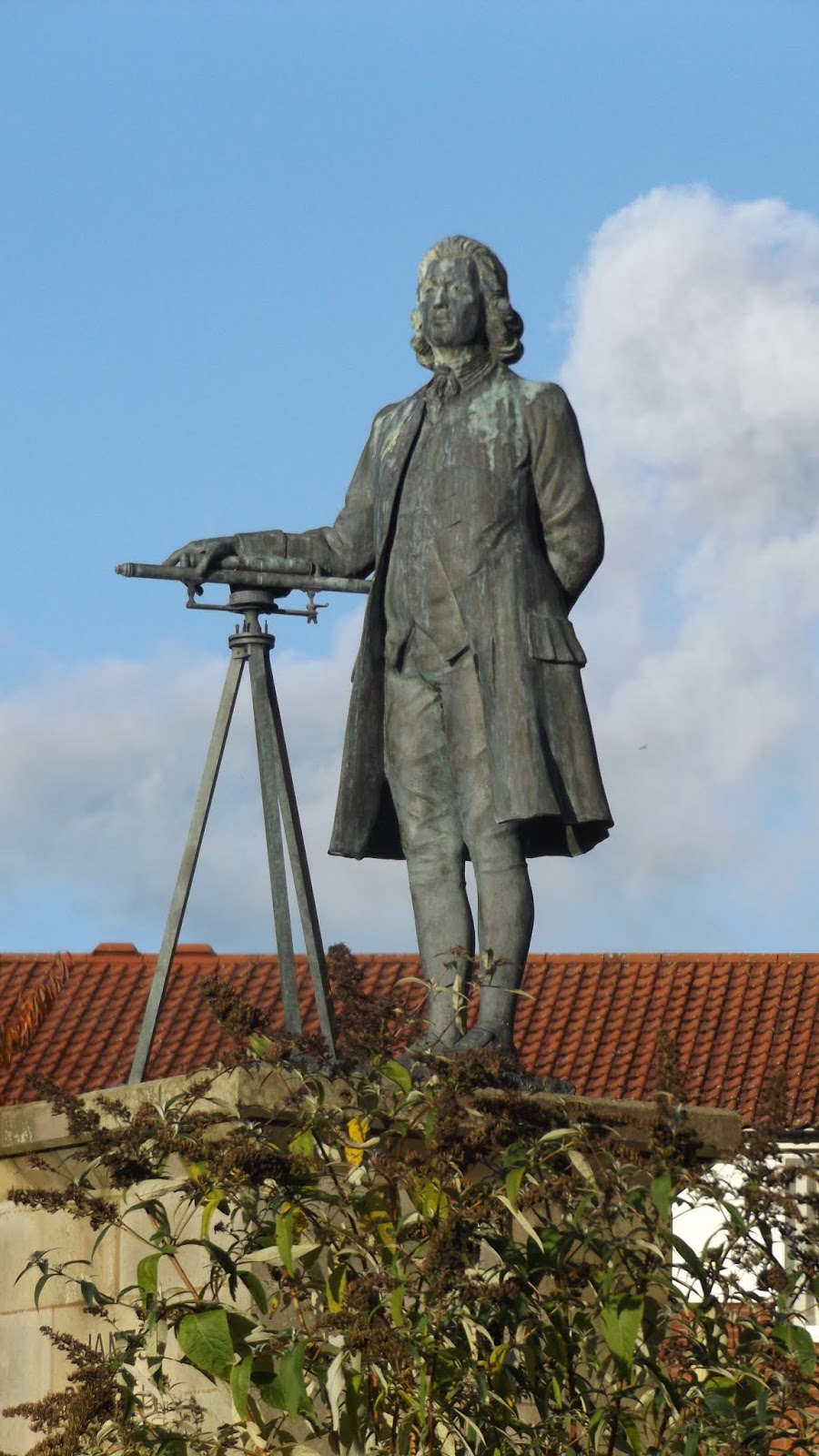 He died in September 1772, at just 56. Sadly he didn’t get to see the completion of the Trent and Mersey, delays in the construction of Harecastle Tunnel meant that the canal wasn’t wholly open till 1777, 7 years after it was started. He’s buried at Newchapel, just 1¾ miles from the tunnel that proved to be so difficult.

We had a fine, sunny day for the trip, just a pity that we spent 40 minutes of it under Harecastle Hill. 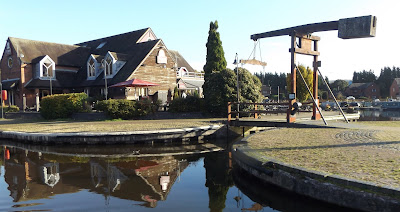 Josiah Wedgwood’s house, Etruria Hall,  was up on the hill above here, and the site of the current retail park was potteries, a foundry and coal mine. The house still stands and is part of a hotel.

Past Festival Park the canal passes a large expanse of derelict land, once the site of the extensive Sheldon Ironworks. Since demolition the site has been empty, but development is slowly taking place. 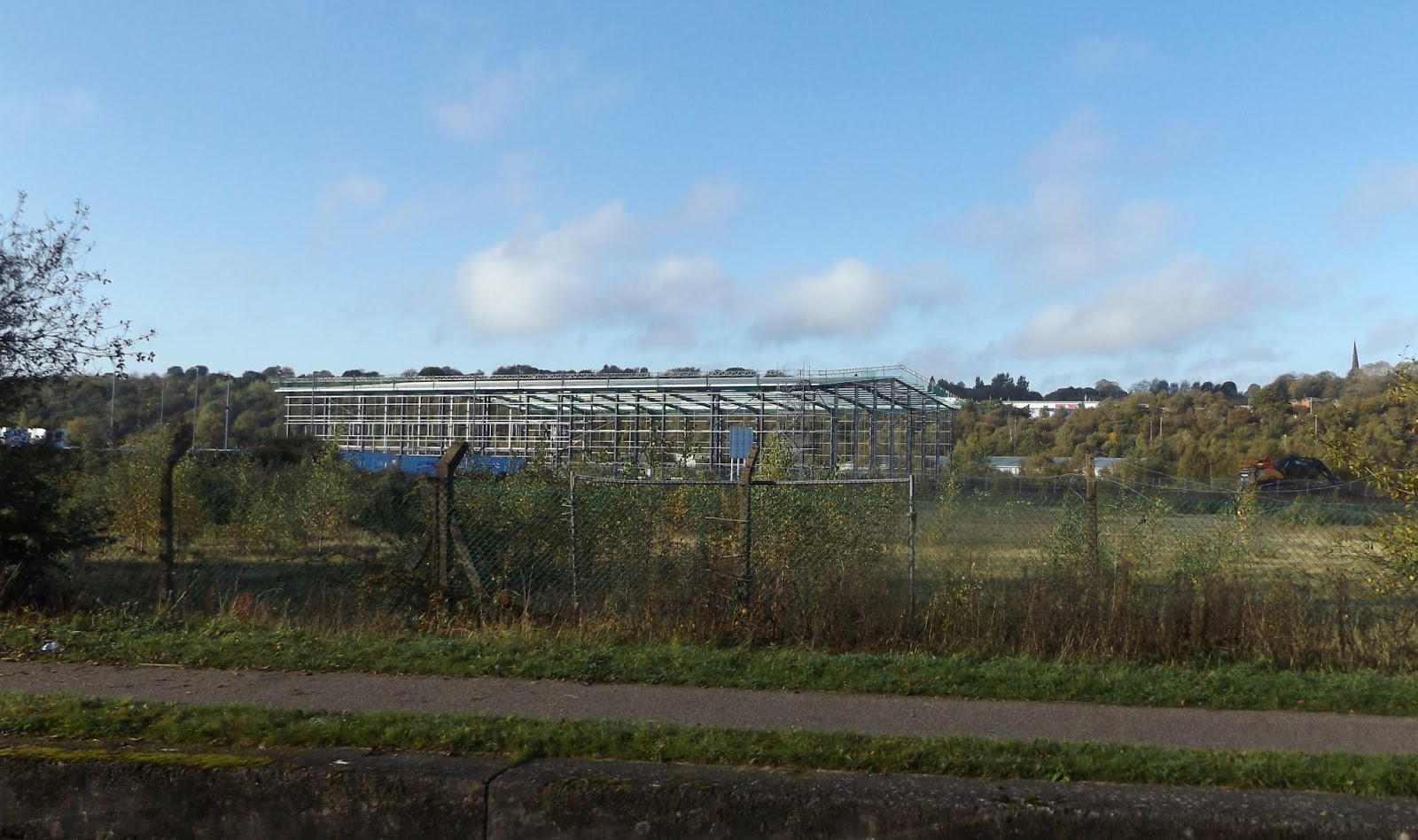 There’s still a lot of land to fill! 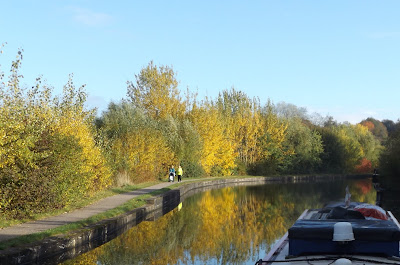 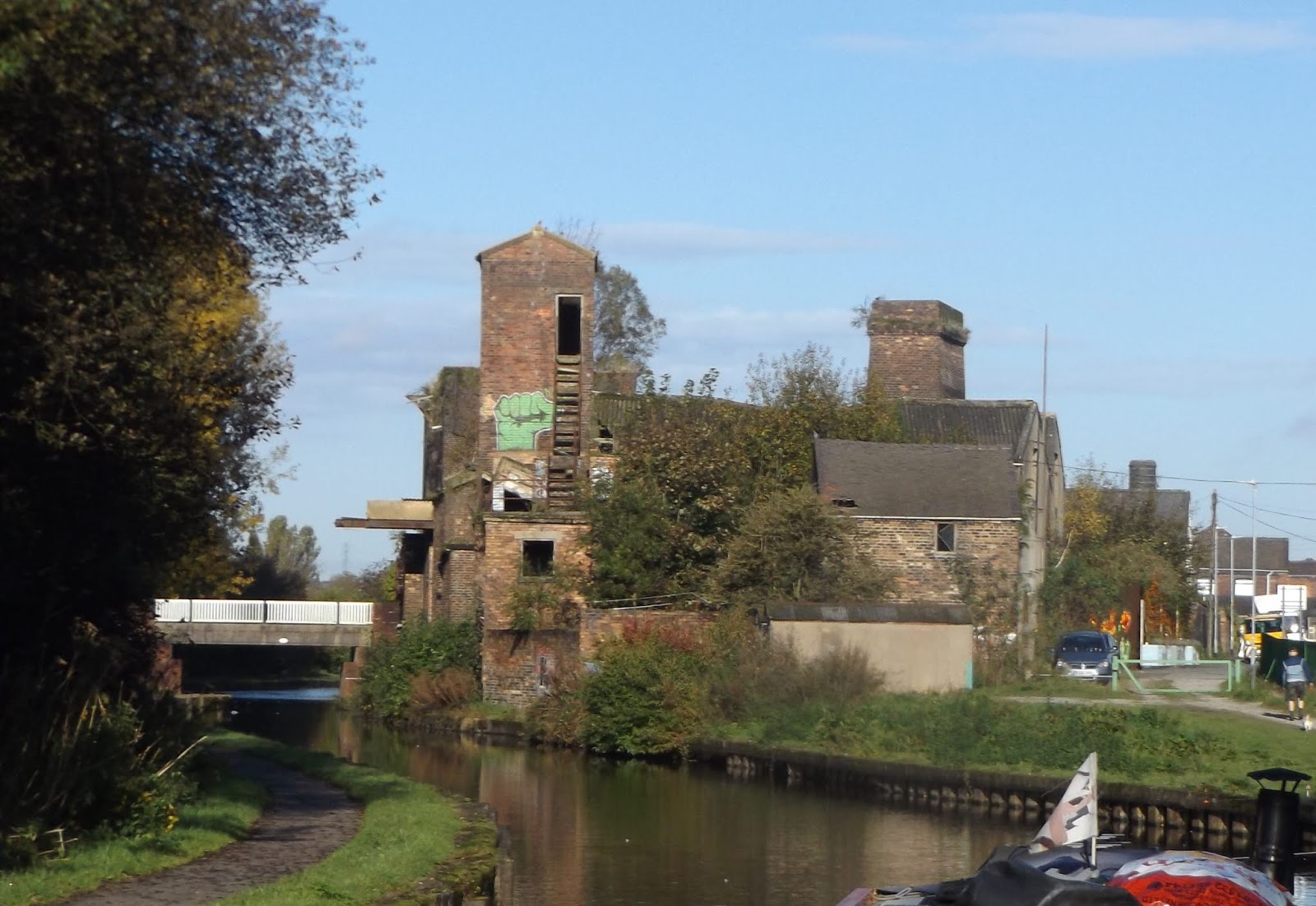 We made a brief stop at Stoke Wharf for a couple of bags of solid fuel, then cruised on past the moorings at Westport Lake. 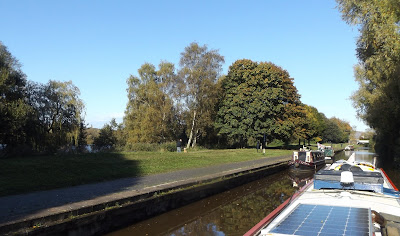 We arrived at the southern portal of Harecastle Tunnel at half-eleven, not good timing we had nearly an hour to wait while boats were coming south. 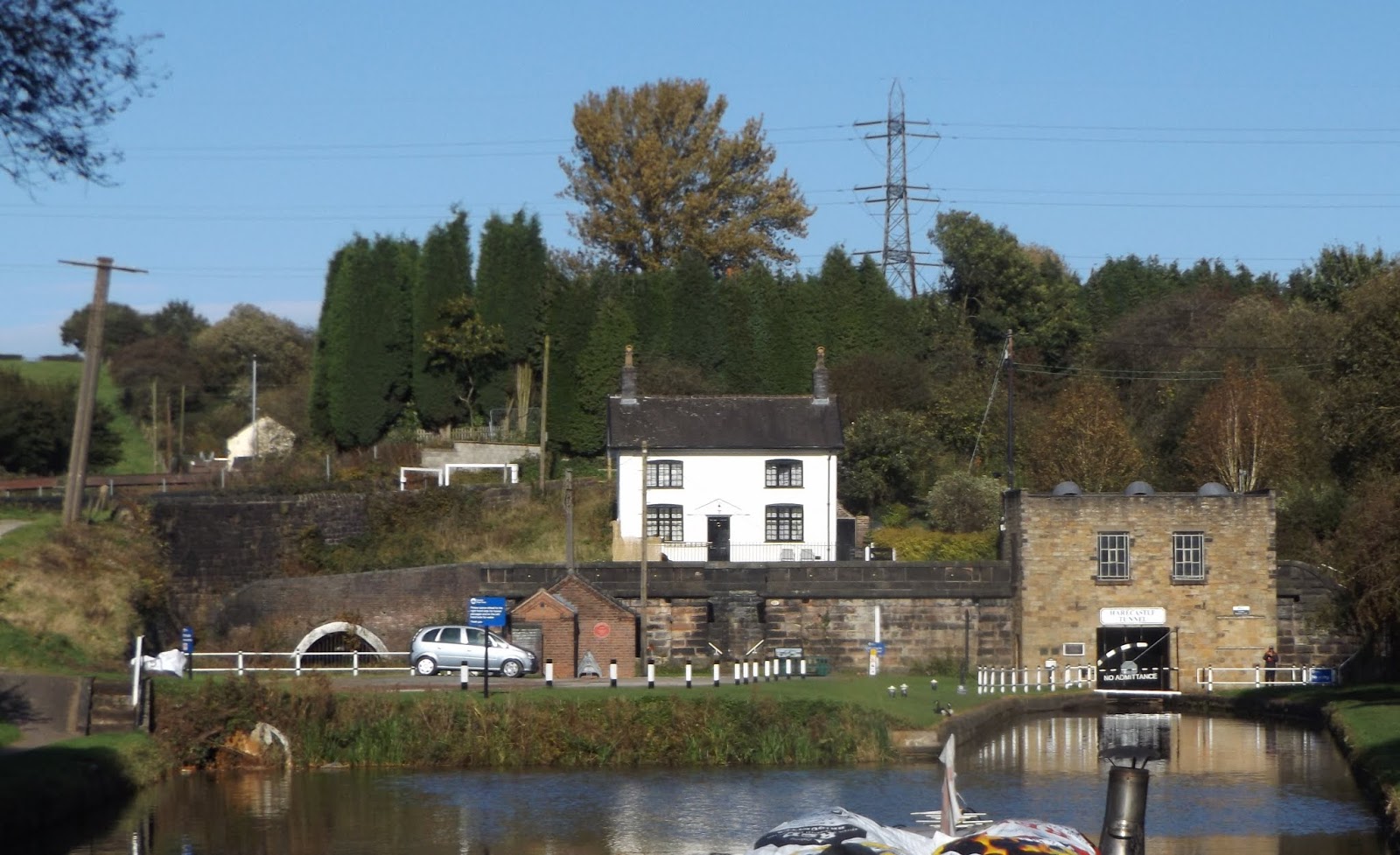 But we were in at twenty past twelve, and out of the other end at one.

It was good to be back out in the sunshine, but it played havoc with the camera! 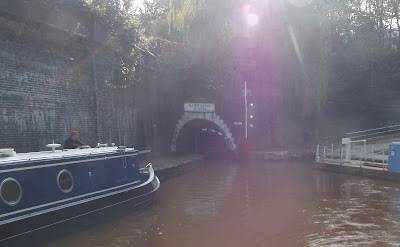 Being the only boat heading north and with boats waiting to go south, we were hoping that the locks heading down towards Red Bull would be in our favour. And they would have been, if a boat hadn’t pulled out of Hardings Wood Junction ahead of us. 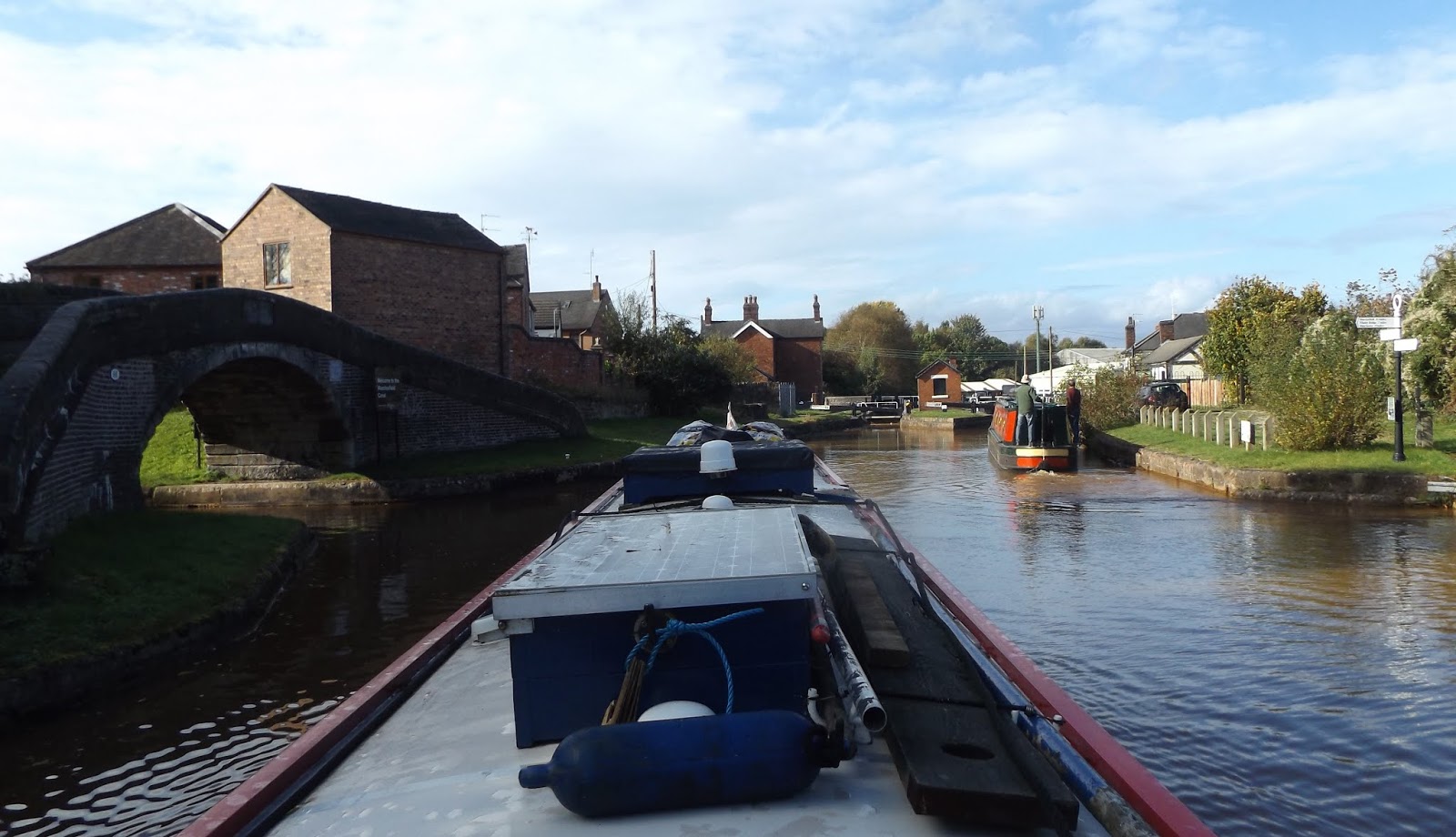 Most of these locks heading down to Wheelock were duplicated in the first half of the nineteenth century, so we had both chambers to use at Lock 41.

But Lock 42, just below Poole Aqueduct, has the nearside chamber out of use, so we finished up queueing here and at Red Bull. 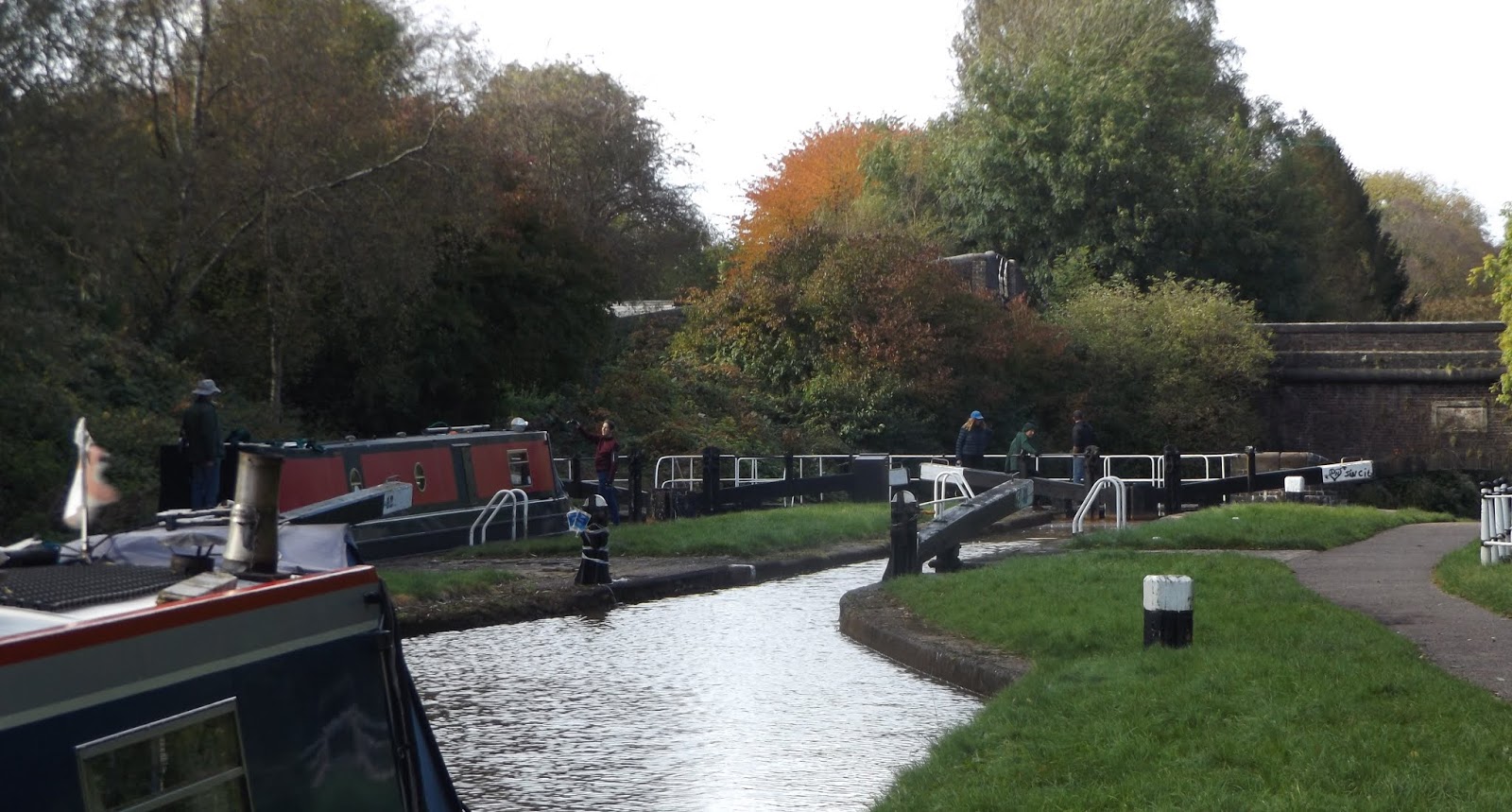 But after chatting to the crew on the boat ahead I didn’t begrudge them first dibs on the locks. They were hoping to make Wheelock, seven miles and 25 locks away!

We pulled in past the services at Red Bull, after a pleasant day, although the tunnel passage seemed to be particularly cold and damp. 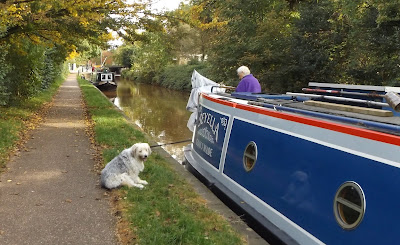 I was pottering about on the towpath (as you do…) when a boat came up the lock ahead, and it turned out to be Joe and Leslie on their new boat Steadfast. We had a pleasant afternoon catching up, then we said goodbye to them this morning as they set off towards Stoke. 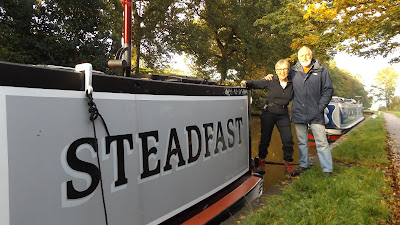 We stayed put today; we’re meeting friends at Middlewich next weekend and don’t want to there too early. A steady three days will see us just right. We will toddle on a bit tomorrow though.

Lovely to see you all and a much appreciated ‘proper’ cup of tea. I have now posted a blog of our autumn cruise and the Seyella crew feature.
X Lesley