And it all started so well…

We wanted to get to Great Haywood today before the forecasted wind and rain appeared this afternoon. So I was up in the dark to get my run in, then walked Meg and made a quick visit to the new Tesco alongside Bridge 68. We were off in good time to get moored up again for a late lunch.

Away from Rugeley Town Moorings. 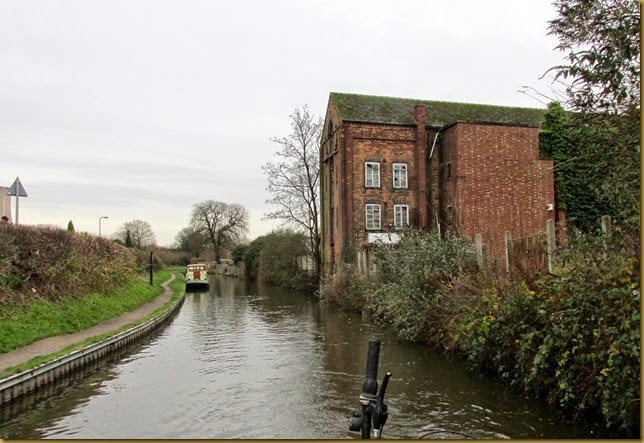 Leaving the town the canal crosses the River Trent after a sharp right-hander at Brindley Bank. 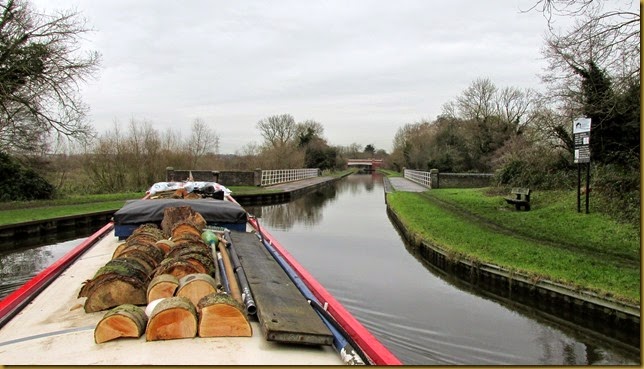 The new-ish bypass bridge crosses the canal just beyond, on my running route this morning. 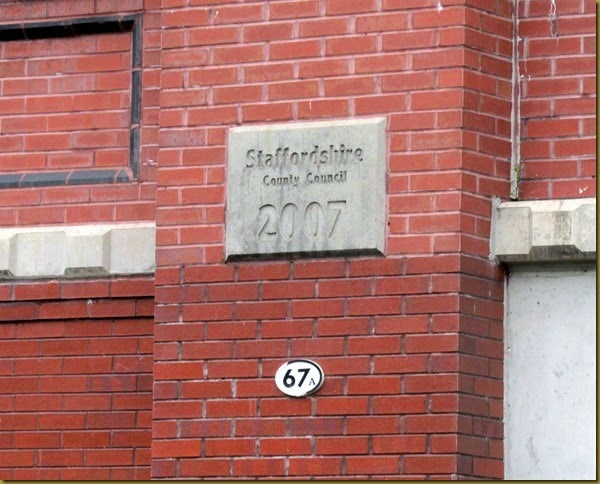 We were in need of a gas bottle and a diesel top-up, so pulled in alongside the fuel boat at Taft Wharf. Still very reasonable; 75p per litre for the wet stuff, £22 for the bottled stuff. 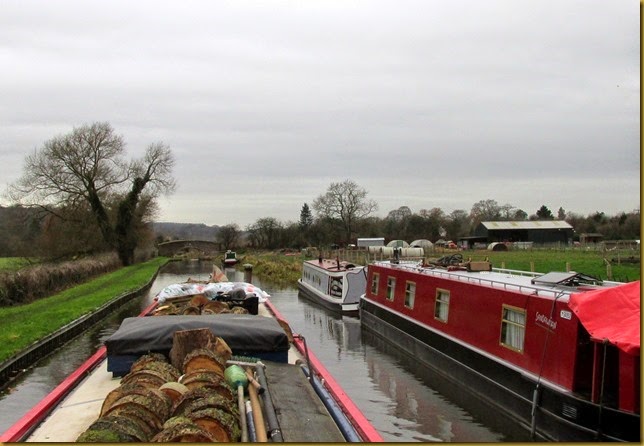 It’s very quiet, only one boat on the moorings south of Wolseley Bridge, and none at all the other side.

Wolseley Bridge, crossing the Trent over on the right 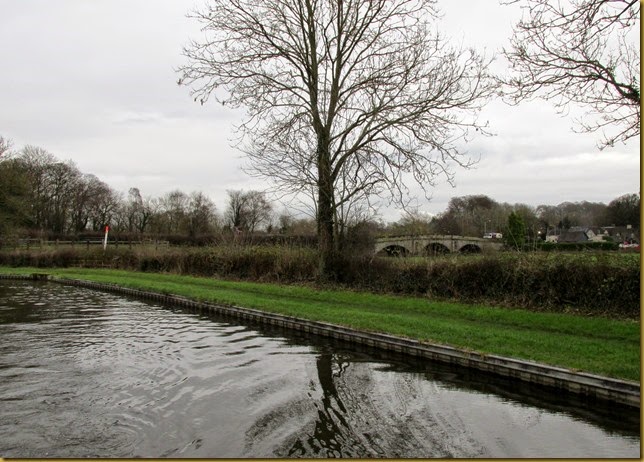 It was at the next lock, Colwich, that the wheels came off. I had trouble with shallow water and debris when trying to get in to the lock landing. Seyella finished up diagonally across the cut with the stern against the bank. I was off, pushing the rear end back out and Mags was on the tiller. She went into reverse to pull the fore end off the opposite bank, fouled the rudder which slammed the tiller over and hung on to it, only to be dumped backwards over the side! My last view was the soles of her boots as they disappeared under water!

Luckily it was only waist deep, so with a bit of heaving we got her on the bank and on her feet. She fled inside leaving a trail of water and wet clothes as I secured the boat on the landing. A hot shower, followed by a mug of soup in front of a roaring fire soon had her warmed up again. The washer has been busy since, Mags and her clothes were covered in little black bits of decaying leaves.

She’s OK, a bruise on the left arm where she was holding the tiller, and another on the bum from when she hit the bottom of the cut. But she’s a tough old bird, laughing about it now.
I’m just glad that I was right alongside. If I’d been up on the lockside….

She stayed inside in the warm while I worked the boat up Colwich, then cruised to moor short of Great Haywood looking out over Shugborough. The wind was starting to rise, and it’s blowing well now. And the rain has just started.

I reckon we’ll probably take the day off tomorrow, after all the excitement.

Not a good time of year to go for a swim, glad you are OK and laughing about it.

Oh god!!!! Poor Mags! Glad to hear she is ok and warm and dry now! Thank god you were close! Love to mags and a virtual posh hot chocolate on the way! Take the day off - you both deserve it.
Della and Gary xx

I hope Mags has no ill affects when she wakes up tomorrow.
Stay warm and safe x
Julie

Poor Mags glad she is ok, mind you I know it wasn't deep but even so like you say if you hadn't been with her it could have been a different situation. It's amazing what some people will do to get alongside the fire eh!! Ha Ha
Take care & have a good Xmas to both of you.
Ann & Kev

Oh my goodness, December is not the time of year for wild swimming...!
I do hope both members of the Seyella crew are soon fully recovered.
Best wishes (and Happy Christmas)
from Sue / Boatwif / nb Cleddau

I do hope Mags is well and rested today after what must have been a horrid experience for her.
Lisa
NB What a Lark

That's just showing off, Mags - real hardcore stuff, having a dip in December! Sounded spectacular but glad all is well

It can happen just when things start to go wrong, then ends in tears! So glad all is OK at the moment and hope in the next few days Mags get better.
Love Chas n Ann

Hope Mags is Ok, I bet she doesn't want to do that again! All the best for xmas to you both.

O my dear what a terrible thing to have happened, so pleased there were some smiles at the end of it all. Now have a day off and recuperate.... that is a big off as they say in biking terms !!

At least you did it by accident, Mags. Read nb FireflyNZ's blog for the description of an absent minded dip ...
Glad you are OK though - it's the turning prop that gives me the shivers when I think about falling in off the stern. A good reminder about the power of the tiller when it acts as a lever against you!
Cheers, Marilyn

Oh dear.... Just read about the Olympic backward flip! We're pleased Mags is OK. When does she receive her polar bear certificate?