Rain with wind, wind on it’s own, rain on it’s own, hail, thunderstorms, my word, what a weekend. And we’re not moving much. I take pity on those that are having to cruise in such grim conditions.

Two crews we know have done just that, first there was George and Carol on NB Rock’n’Roll, appearing out of the drizzle yesterday afternoon… 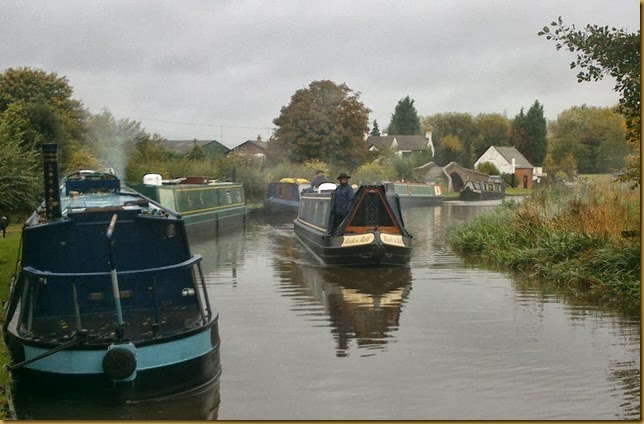 …then Terry and Pam of NB Rooster’s Rest arrived up the Staffs and Worcester in a rare spell of dry weather this afternoon. 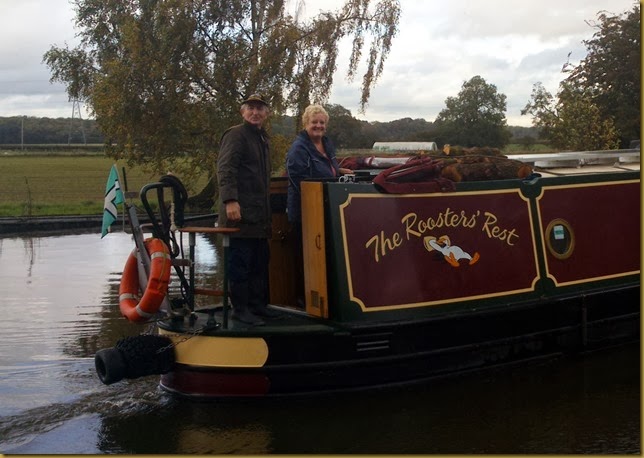 Both had cruised through very heavy showers in the last couple of days.

We did too, but only for a matter of a few hundred yards after we filled with water. Mags was inside, catching up with last night’s soaps as I reversed off the wharf to head up the Staffs and Worcester Canal, and the heavens opened.
In a matter of seconds I was wet through. We only had to go as far as the moorings near Swivel Bridge, though, before I could get inside and get changed.

The calm before the storm, filling with water. 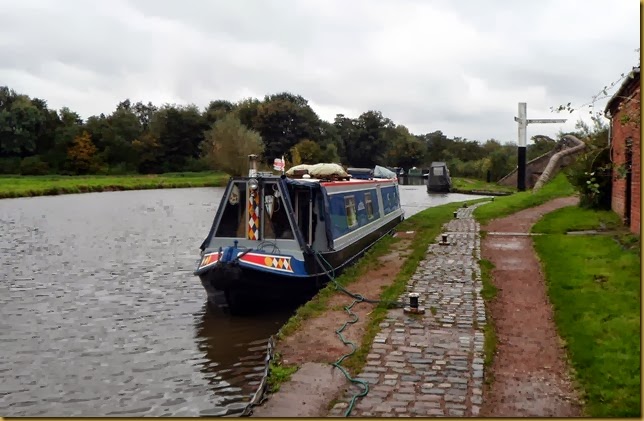 River’s up. Crossing the Trent 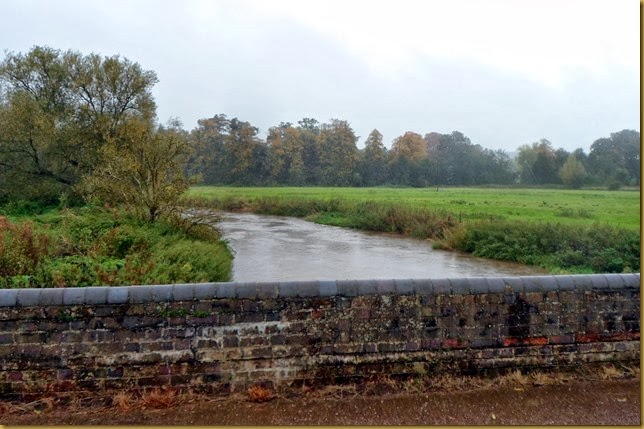 Last evening George and Carol joined us for dinner and post-prandial drinkies. We had a fine evening, chatting and catching up with the news. They’re meeting up with the soon-to-be new owners of Rock’n’Roll tomorrow and cruising down to Fradley with them. Another wet day, guys!

Meanwhile Terry and Pam were heading north from Penkridge, arriving here mid-afternoon. They joined us for a brew, but urgent family business meant they couldn’t stay here overnight. Shame, Pam is such a breath of fresh air, always happy and joking.
Hope you got to Wolseley Bridge before it got dark. You might have trouble at Alrewas, though. The flood gates further down the Trent are closed, so it’s likely that the river section below the village will be running high.

We are planning to move on tomorrow, up towards Penkridge and the Shropshire Union at Autherley Junction. We’ll head up the SU, getting through Tyrley and Adderley locks before the winter stoppages commence. Then it’ll be Hurleston Junction and on to the Llangollen for a couple of months. Well, that's the plan.....