It’s been a bit hectic again this last weekend, with a cruise with guests on Saturday, then Nichola and family coming for lunch yesterday. Good times.

I’m departing from the normal post, trying my hand at something different, as you’ll see in a mo., but first some photos around Glasson.

There was a boat coming up into the basin for the dock as I took Mag for a walk around on Saturday morning.

Motor Yatch Tenacity of Bolton coming up the lock…… 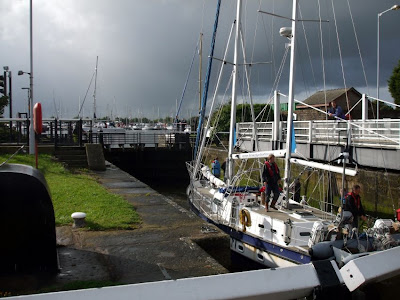 ….And into the basin. 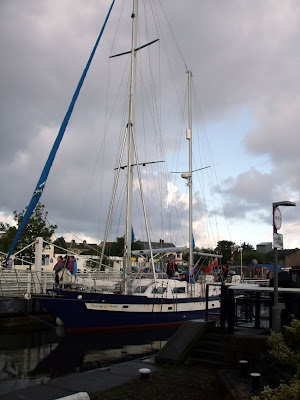 This lot would have been relieved to see the lock cleared; they’d been milling about in the sea breeze waiting for their turn to go down. 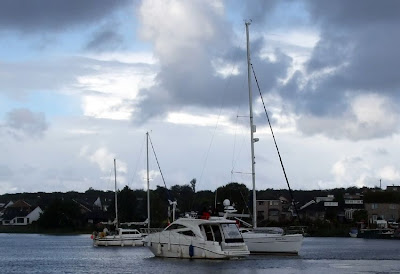 The black clouds looming dumped a couple of short but heavy showers on us, but had cleared by the time we were ready to move off.

Looking across the Lune estuary, with the tide coming in.

Anyhow, here’s what I promised…

We had guests for our trip up from Glasson

Up the locks and on t’main line

With Johnny and Val, Mike and Yen

We were sure to have a good time. 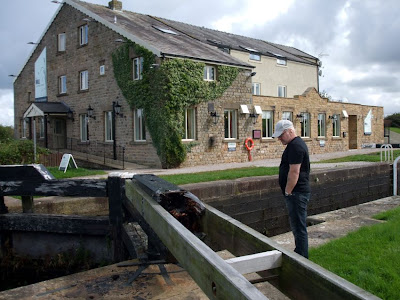 The rest of the crew. 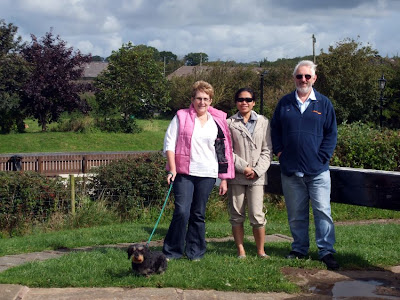 The little chap is Harry…

We made pretty good time up the lock flight

With a willing and able crew

Filling the locks and pulling on gates

I had little or nothing to do!

Yen making friends with the swans 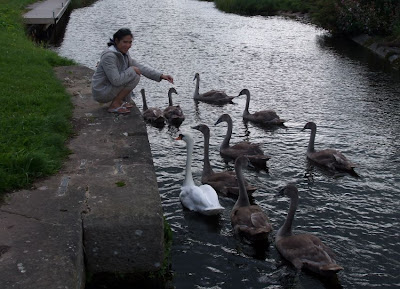 Coming up the flight 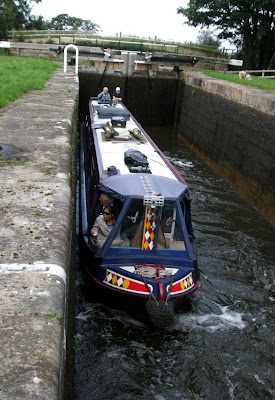 The paddle gear was hard work… for some! 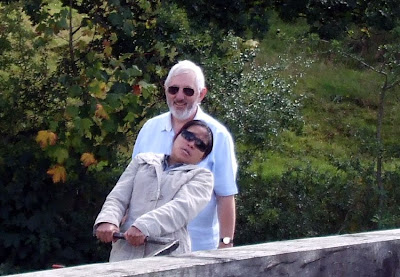 We got to the top feeling peckish

And spied out a fine mooring spot

We all ate rather a lot…. 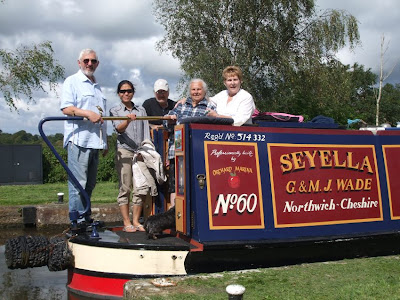 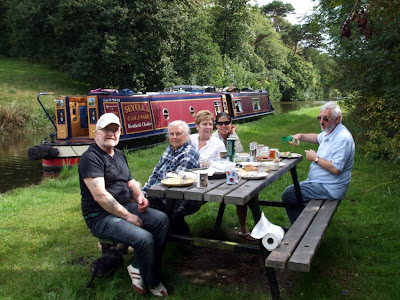 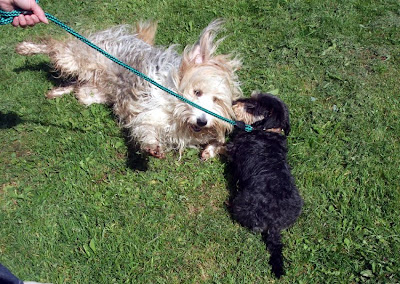 Mike wanted to read us a poem

He got on the boat to fetch out his book

Then got off and stepped in the drink!

One leg was wetter than t’other

The scrape on his shin was the worse

Yen took him inside and cleaned up the cut 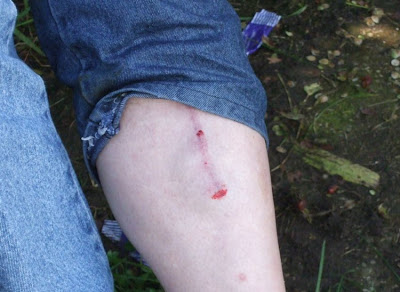 With dry socks, clean pants and some savlon

He was feeling much better for sure

So he set out to read us the poem

Set during the Napoleonic War

(I didn’t know he’d got that far West)

It told of defeat and disastrous retreat

We wended our way down to Garstang

Where we dropped off our “crew for the day”

I mean, what more can you say…

There you go. Willy Shakespeare eat your heart out…..

It was a great day. The weather was good if a bit breezy, and everyone enjoyed themselves.

Yesterday it was the turn of Mag’s grand-daughter Nicky and family.

We had Nicky, Arthur, Ben, Marcus and Jasmine for lunch, and they stayed most of the afternoon. Another good day, and once again I forgot to take any photos. A shame, watching the kids feeding the ducks was particularly memorable….

Thanks for coming to see us, you lot.

So far it’s been a quiet day, no visitors yet…..

Thanks Roger for the interesting comment on the last post. I guess much the same sort of thing went on when rail superseded water….

Hey, Mich. We’d moved away from Glasson by the time I picked up your comment. Shame, I’d like to have tried them. Next time…

He's a poet
and does he know it?
of course he does!