…or C, maybe even D! I said, back in December when we left Ellesmere for points west, that we wouldn’t be coming back until March. Well I was wrong and we are!
We’re still waiting for Mags’ appointment at Shrewsbury hospital, and with a delay to our coal delivery from Richard and Ruth we decided to change the location of the delivery to Frankton Locks then drop down onto the Montgomery Canal. Moorings at Queen’s Head are only 13 miles from Shrewsbury, straight down the A5, the closest approach by canal. So that’s the plan but it is subject to change…

With a day to spare we’ve headed up from Gledrid to Ellesmere to top up the cupboards before cruising back to Frankton Junction tomorrow. 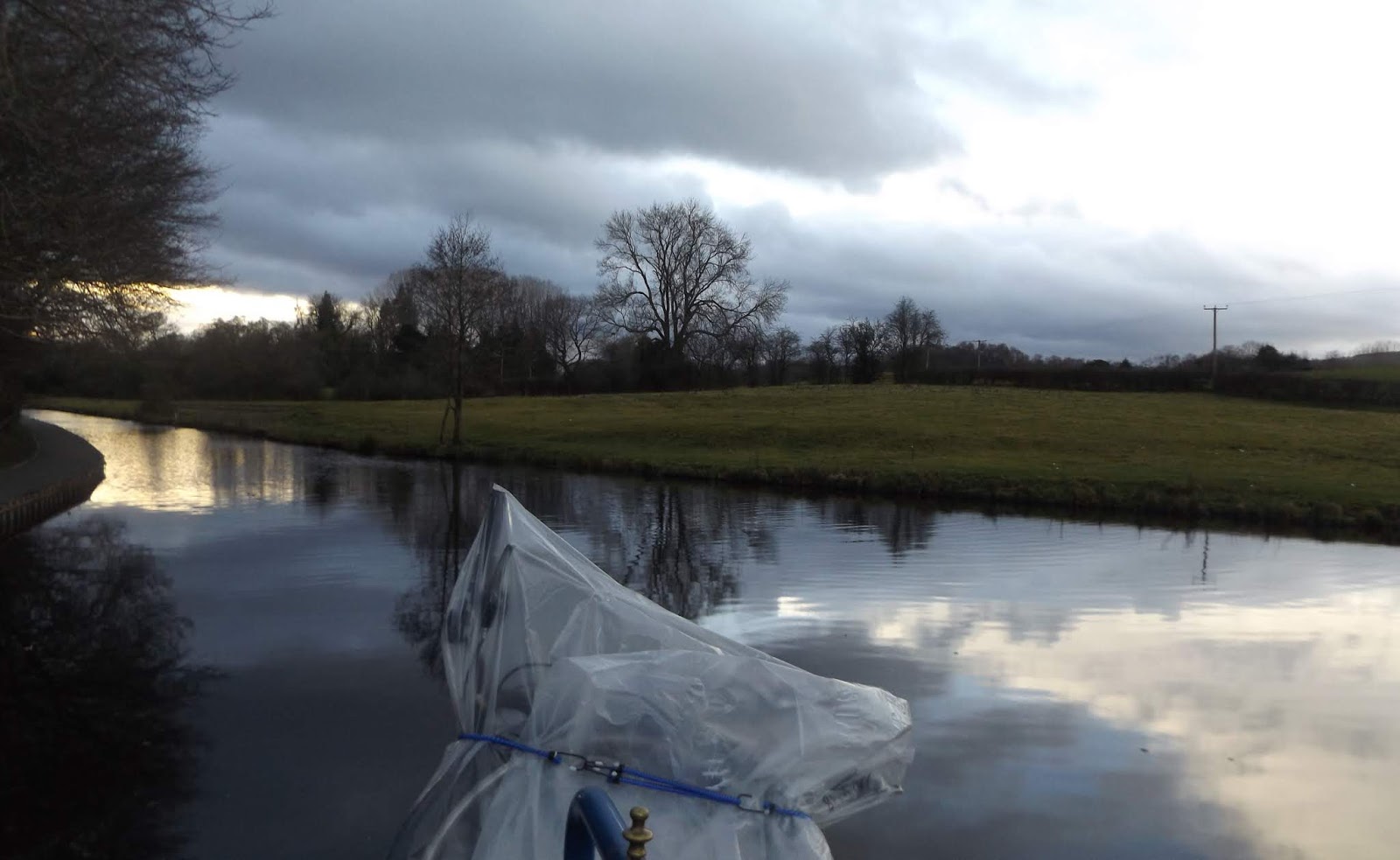 …then we were away. 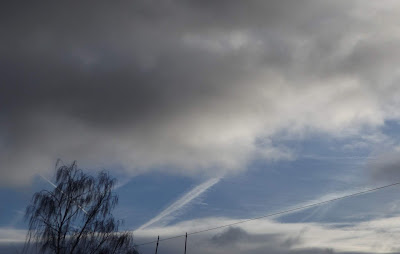 Back down the two New Marton Locks. 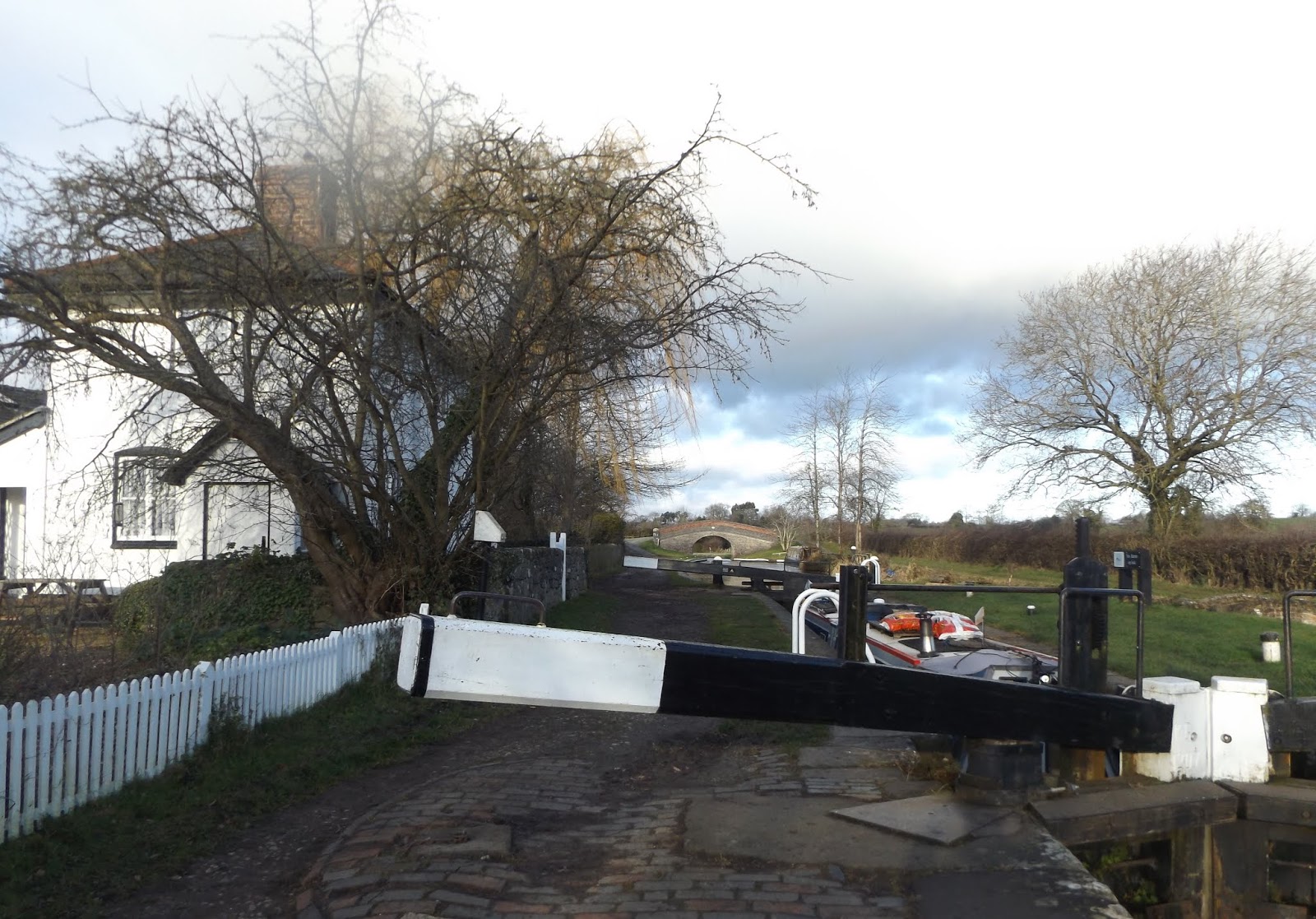 A whole family of black sheep! 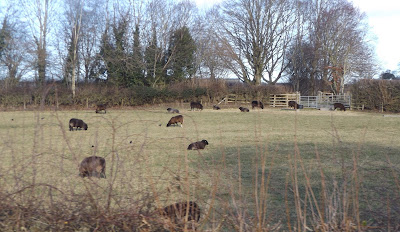 We pulled over at a regular spot near Maestermyn. Meg really prefers a grass towpath, she loves a good roll. 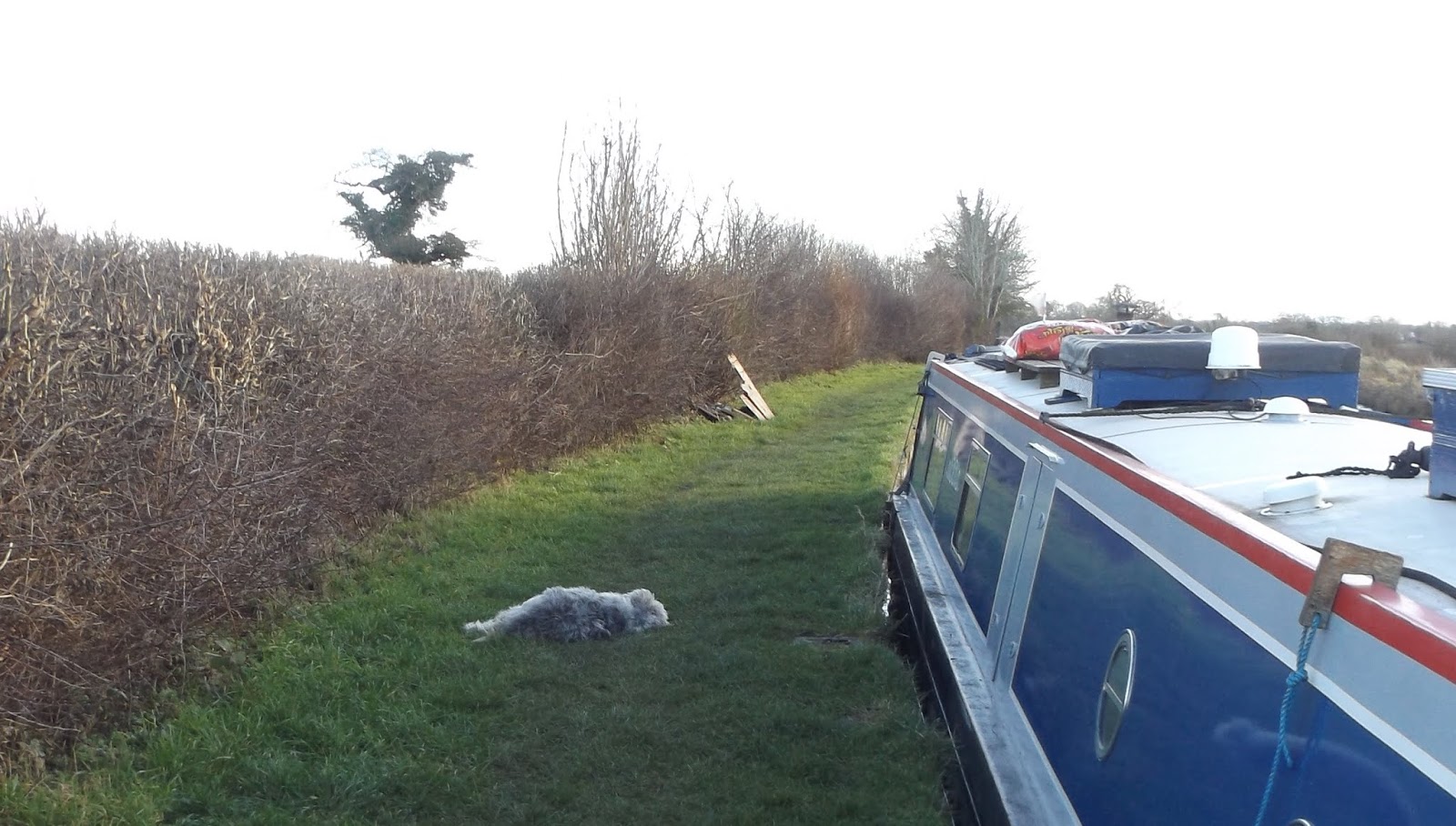 After a quiet night we were on the move this morning just before ten. 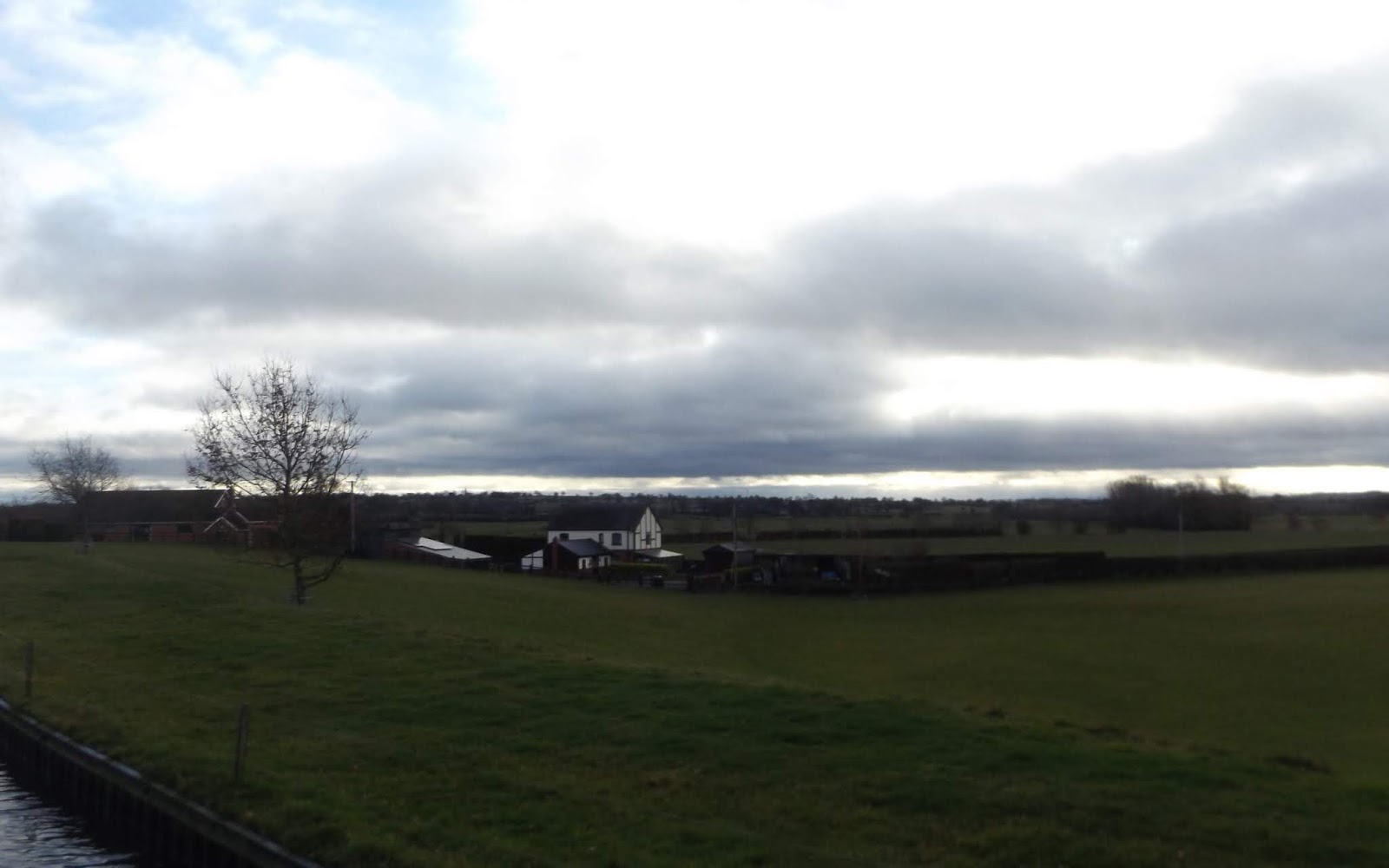 The plastic cruiser moored just outside Ellesmere has succumbed to neglect…or collision. 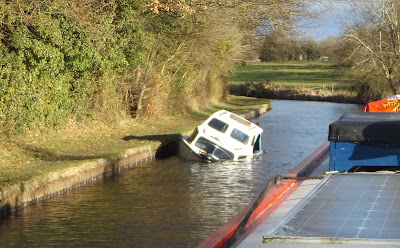 We topped up the water tank and got rid of accumulated rubbish and recycling at the wharf, then moved off down the arm turned at the bottom then moored maybe half-way back to the main line.

Plenty of room on the Ellesmere Arm. 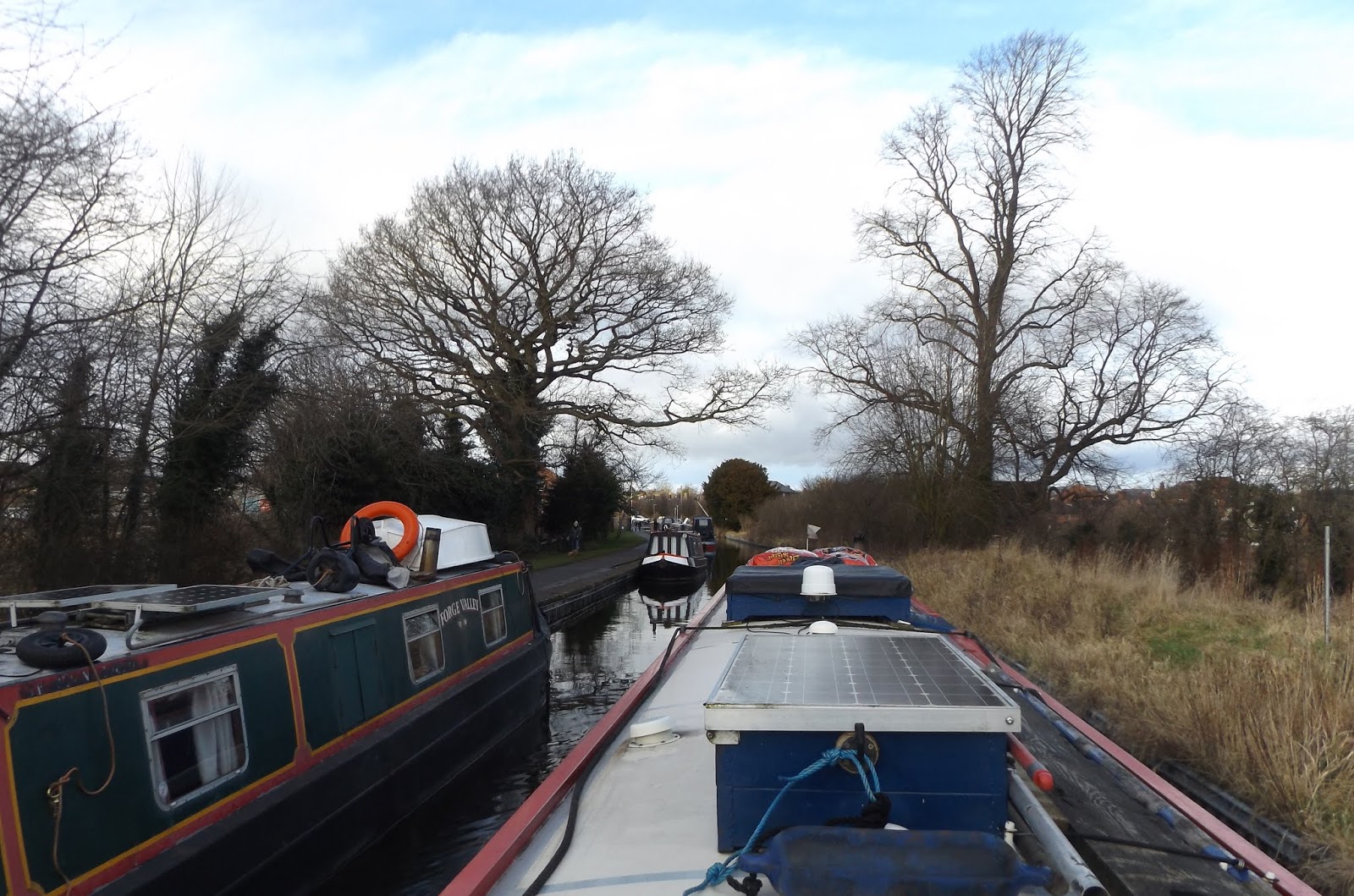 The canal company warehouse at the terminus. 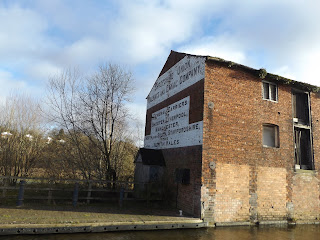 Tomorrow as I mentioned we’ll head back to Frankton Junction, though the weather’s not going to be as kind as it has been these last two days.
The coal should arrive on Tuesday, then we’ve booked to drop down Frankton Locks on Wednesday. We’ll moor on the Weston Arm till we hear from the hospital, then move on to Queen’s Head.