Back up the locks.

With the temperature dipping to -3° last night it was no surprise to see ice on the water when we got up this morning. A rather more extensive coverage than yesterday though, and up to a ¼ inch in places. We intended to get off at 10 drop off rubbish at the Weston Arm then head up to the locks to wait for our passage back up onto the Llangollen. But Phil from CRT rang and said he’d take us up when we arrived, so we saved an hour at least.

Owl boxes alongside the canal near Graham Palmer Lock 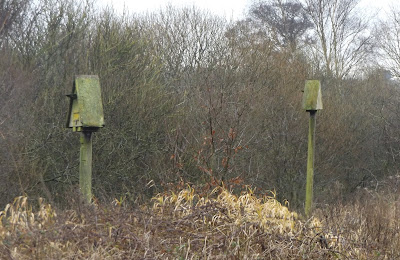 Apparently Mr Owl is quite prepared to support his new family by sharing the hunting with Mrs Owl, but is not willing to put up with the youngsters overnight. So an adjacent box is provided so he can get his eight hours in.

We did drop off the rubbish and recycling as planned, then struggled against a sheet of ice to get the fore-end pointing in the right direction towards the bottom of the locks.

Phil had set up the locks ready for us so we could go straight up. Two singles then the double staircase were ascended in 40 minutes, then we were on our way, turning left towards Wales on the Llangollen. 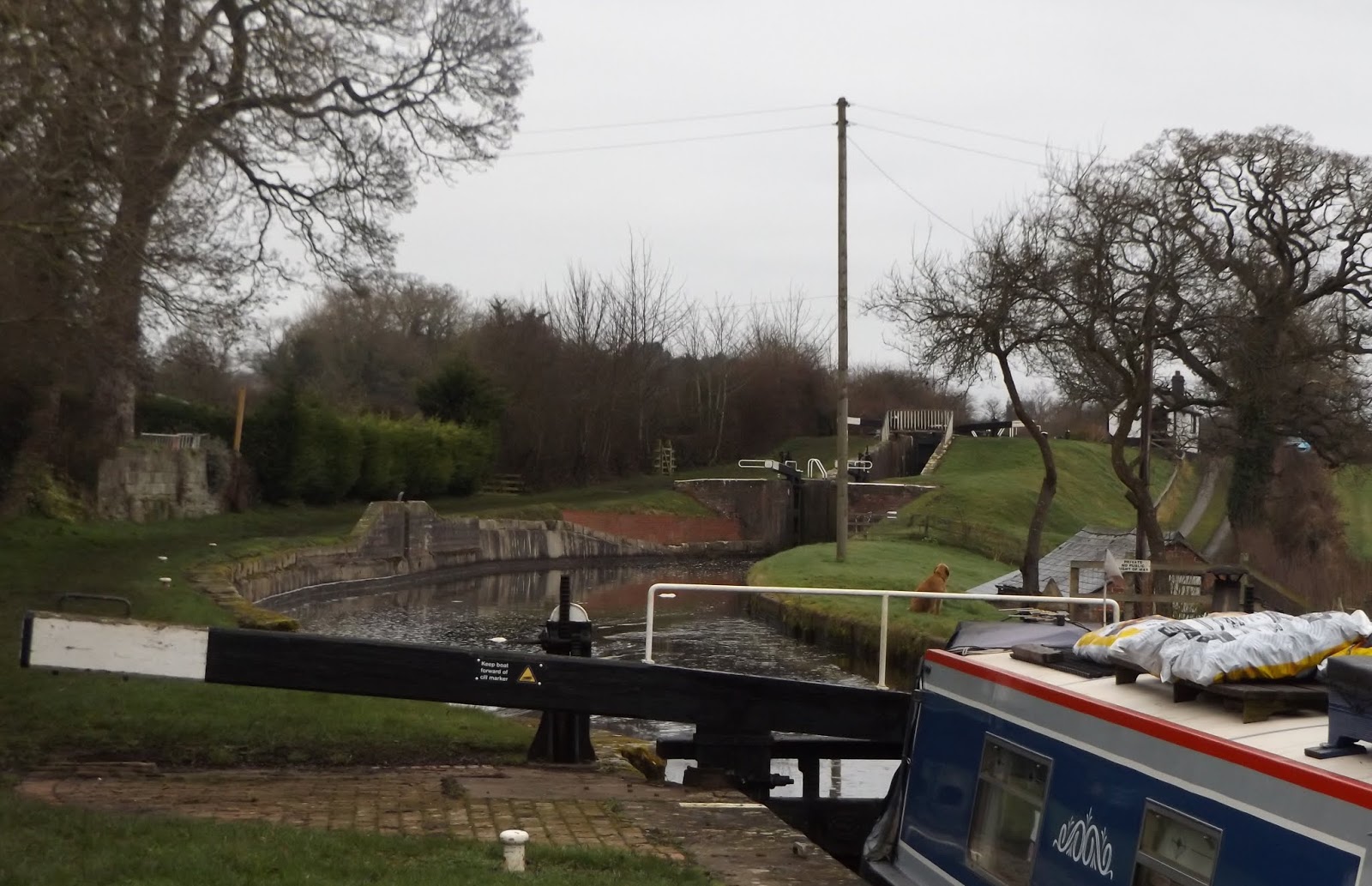 Part way up the locks is what used to be a coal yard with a dry dock alongside. 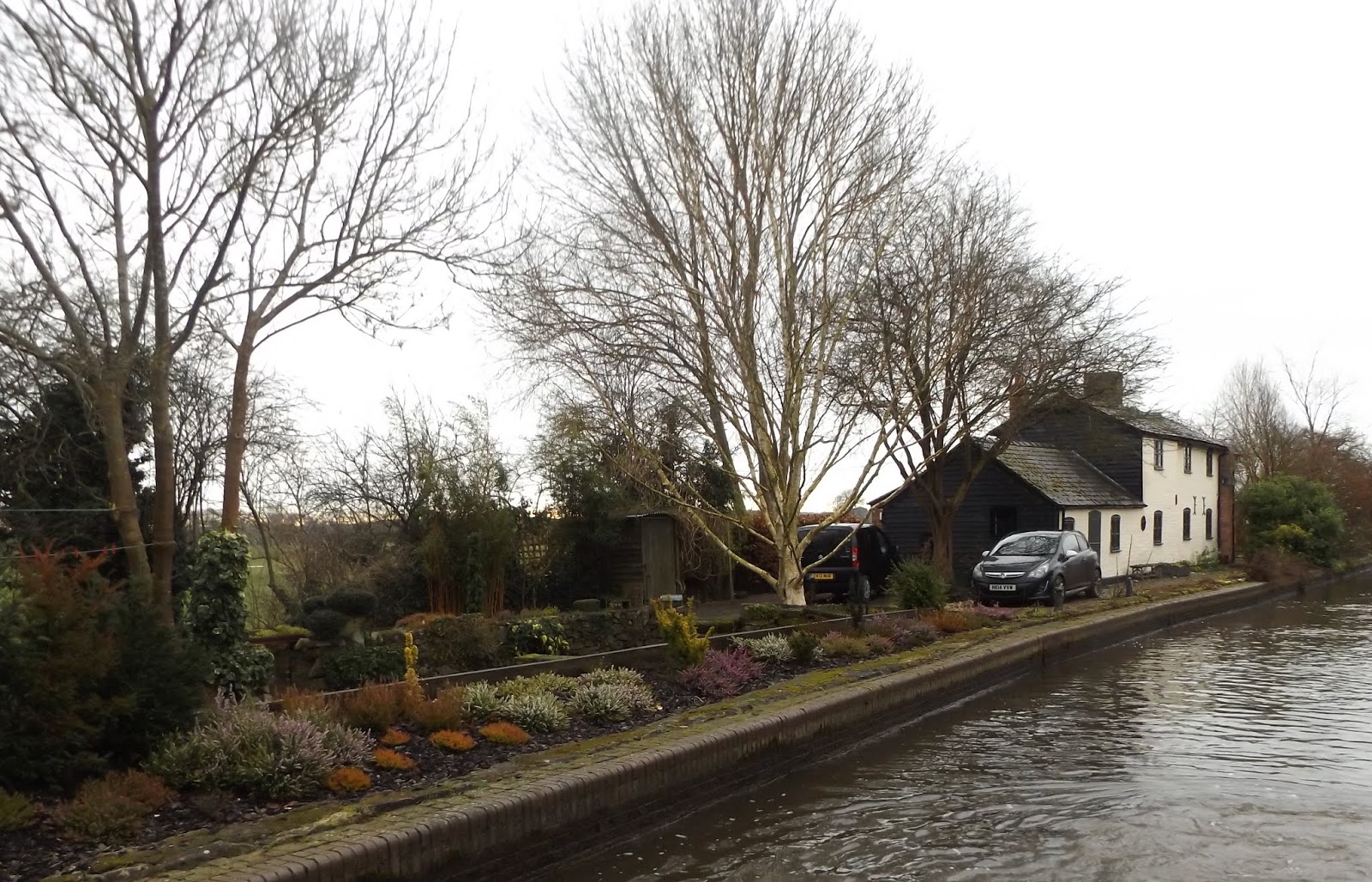 This is where the boat Cressy was converted for leisure use back in 1929. She was later bought by the engineer Tom Rolt, and it was his journeys around the slowly decaying network that inspired him to write the book Narrow Boat and to be one of the founder members of the Inland Waterways Association which spearheaded many of the restoration projects that have kept the system viable.

The locks were quite busy in their heyday, there was a pub on the towpath side halfway down, and another at the junction with the Weston Arm at the bottom along with workshops and stables. A small stable block now houses the sanitary facilities further along at the current terminus of the arm.

A left turn above the locks 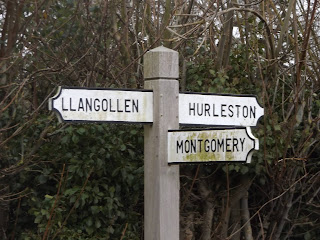 We made a comfort stop near Maestermyn, then pushed on for another hour to moor below New Marton Locks. 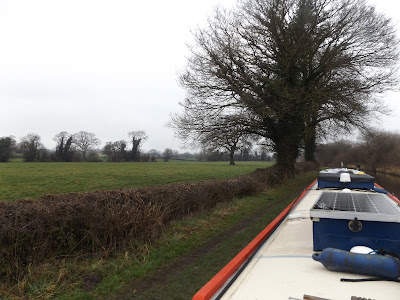 Tomorrow we’ll toddle on to Gledrid.