It was half past nine when we pulled pins this morning and set off under the old railway bridge at the bottom of the Grindley Brook Locks. 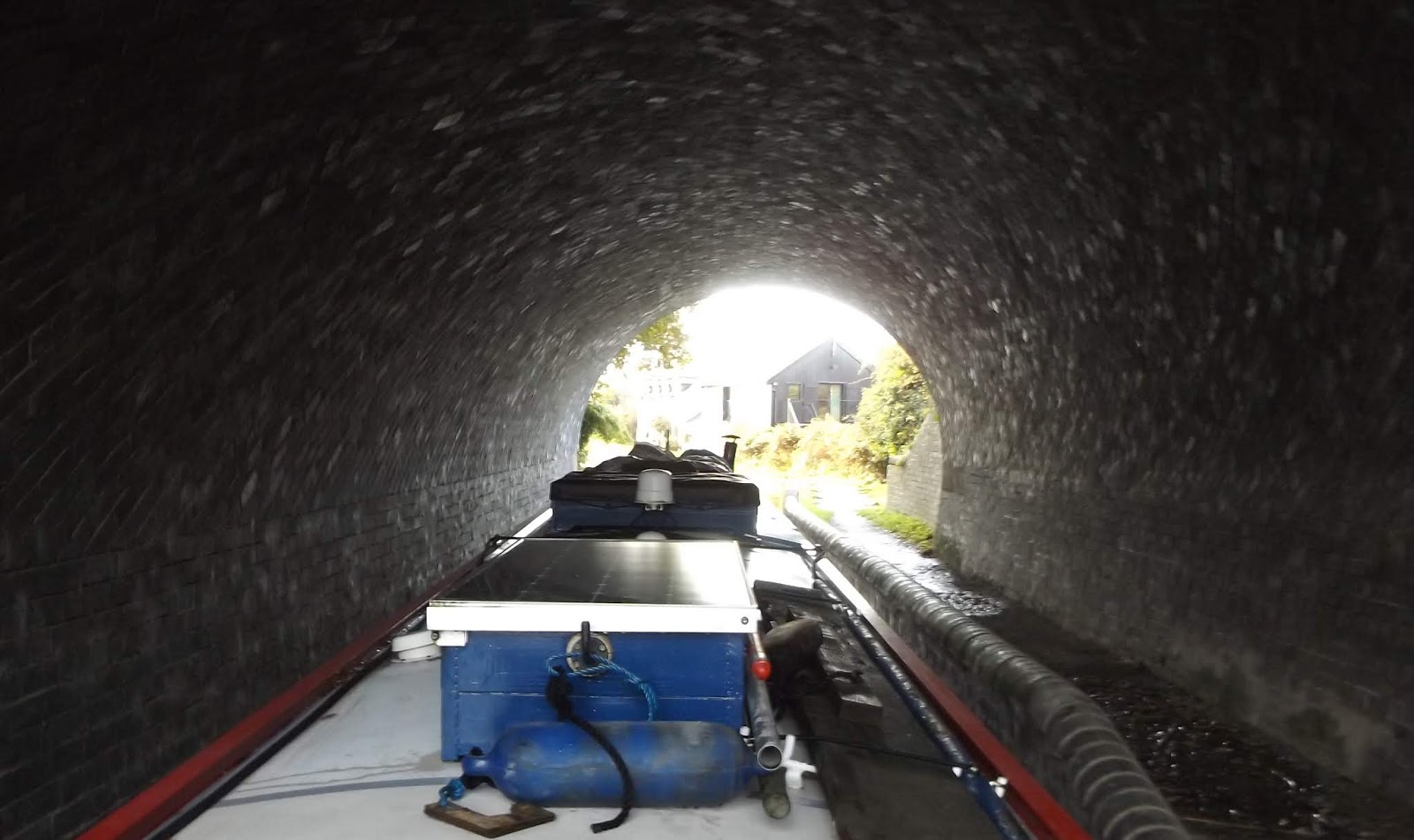 The flight consists of three single locks over the first quarter-mile, then a triple staircase, altogether raising the canal by around forty feet. These will be the last locks we encounter until New Marton Locks re-open in a month’s time. Unless we drop down onto the Montgomery Canal, of course.

Mags stayed inside while I single-handed up the first three, then took the tiller as we came up the staircase. 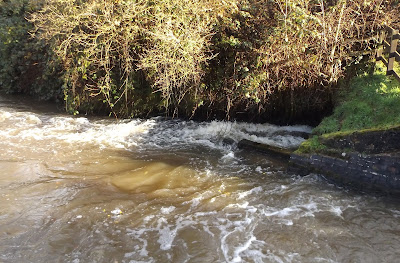 In the top of the single locks, Lock 4 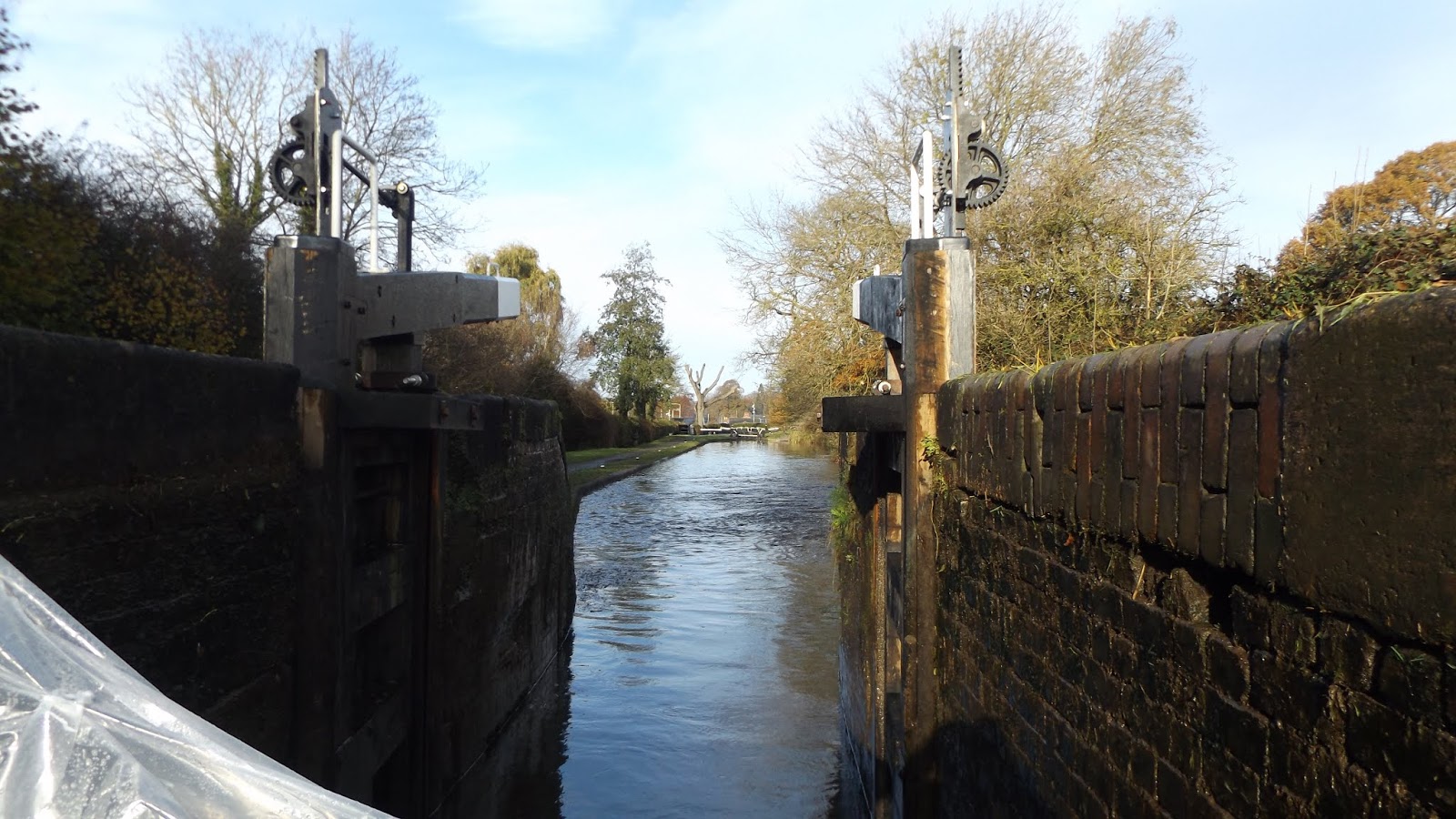 Coming up the staircase. 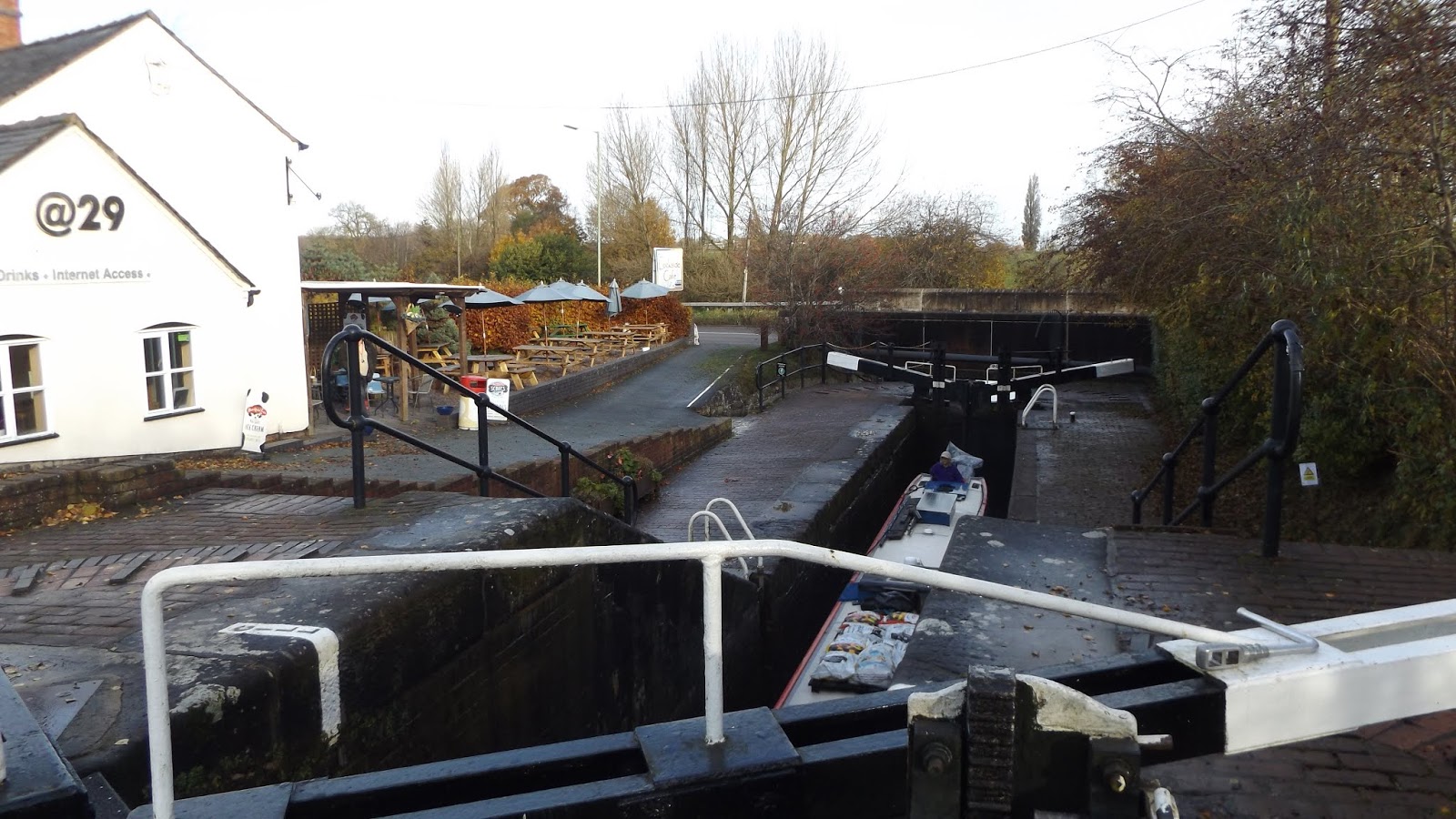 We were out of the top and on the long 20 mile pound just an hour after starting off.

I dropped off the rubbish and recycling at the top lock, then mosied along a bit to the first water tap to fill the tank. With the bulk of the locks behind us, we’ve now got most of the lift bridges ahead!

The first of several, New Mills Lift Bridge and the Whitchurch Arm 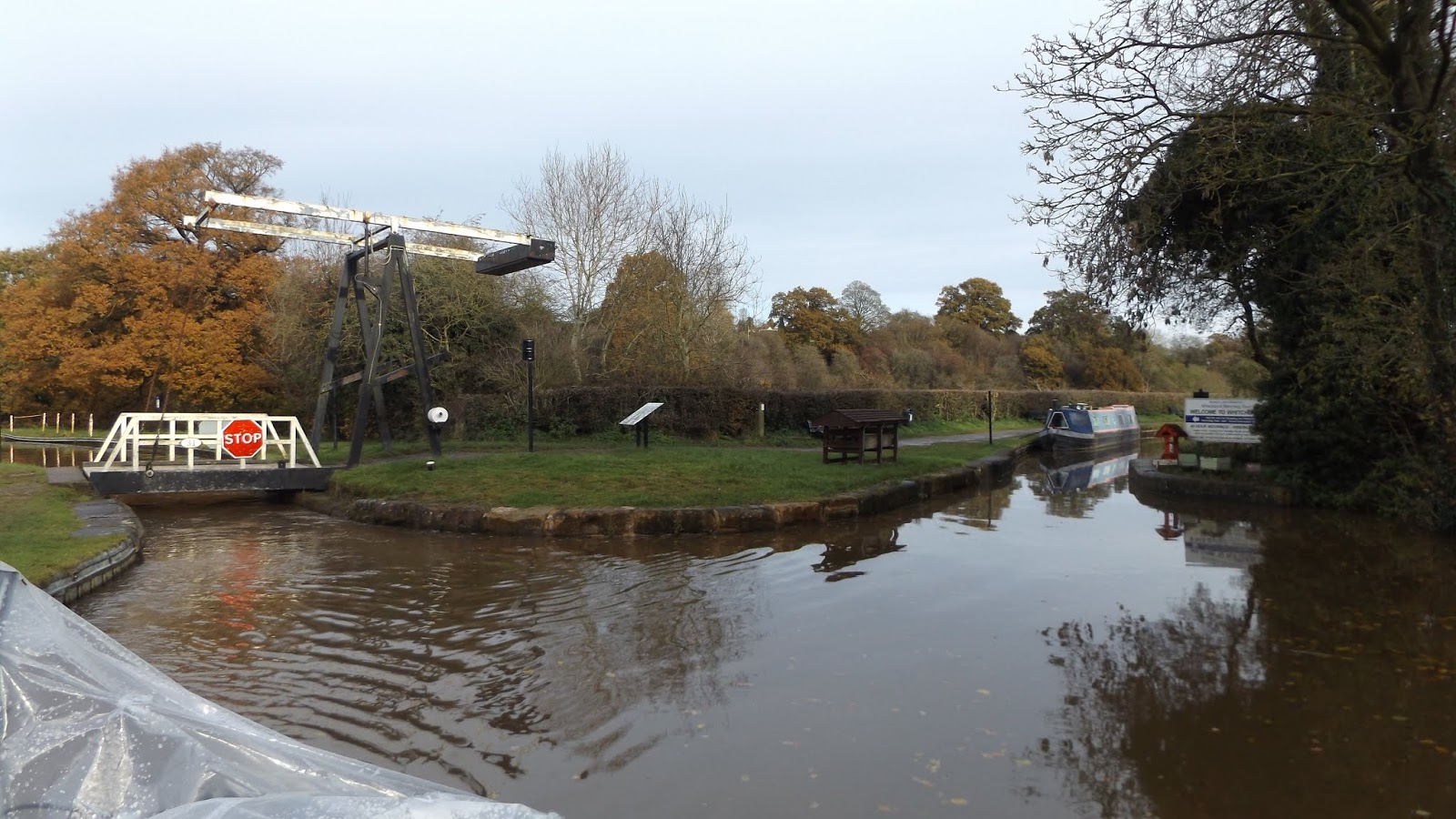 That wasn’t there earlier in the year! 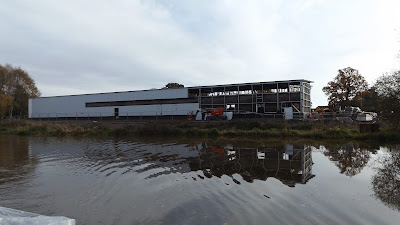 There are two more lift bridges soon after Whitchurch Marina, Hassels No 1 and No 2. 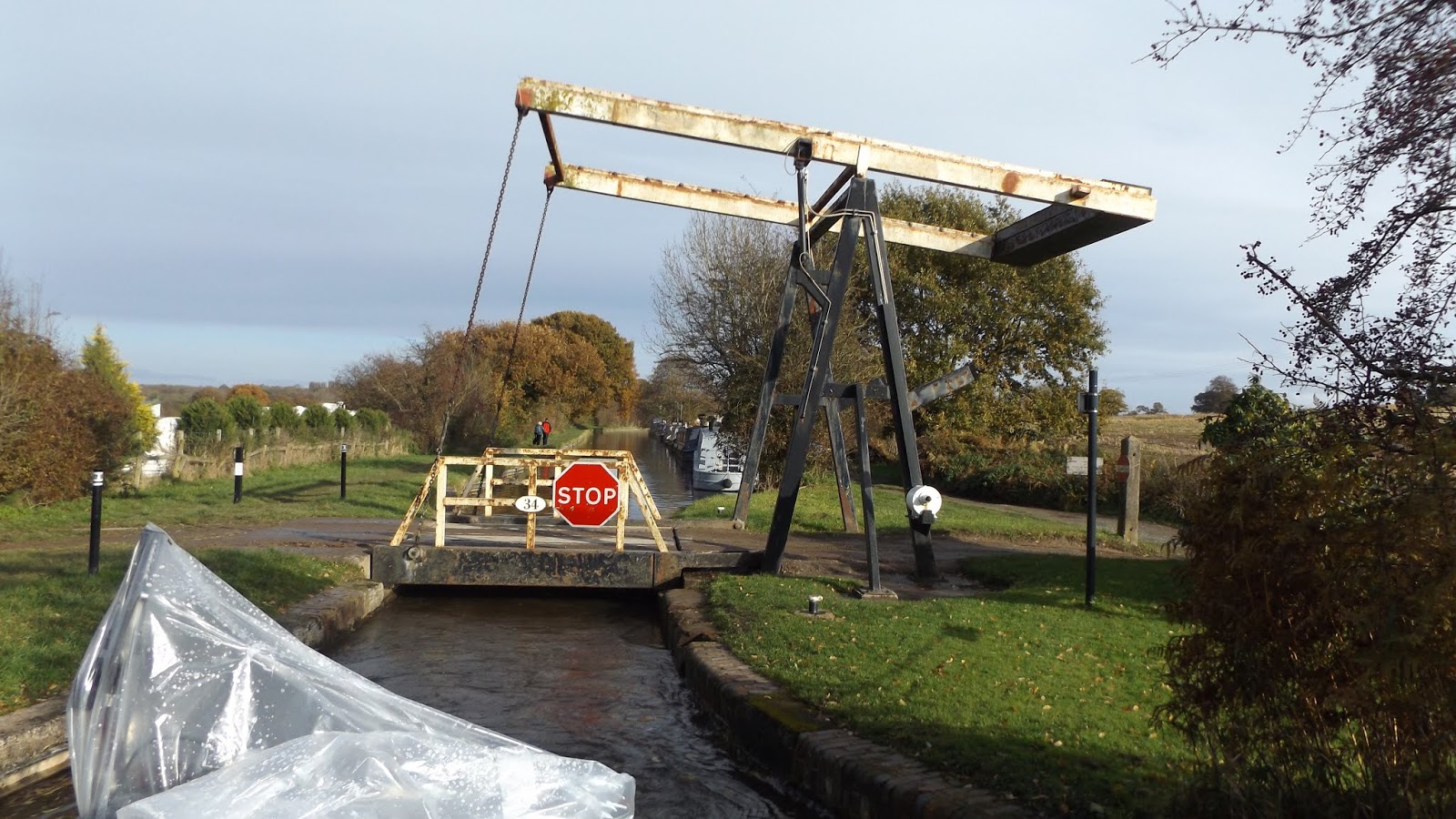 After passing these there’s two and a bit miles of fine canal cruising, wooded sections alternating with open fields as the navigation heads mainly south through rural Shropshire. 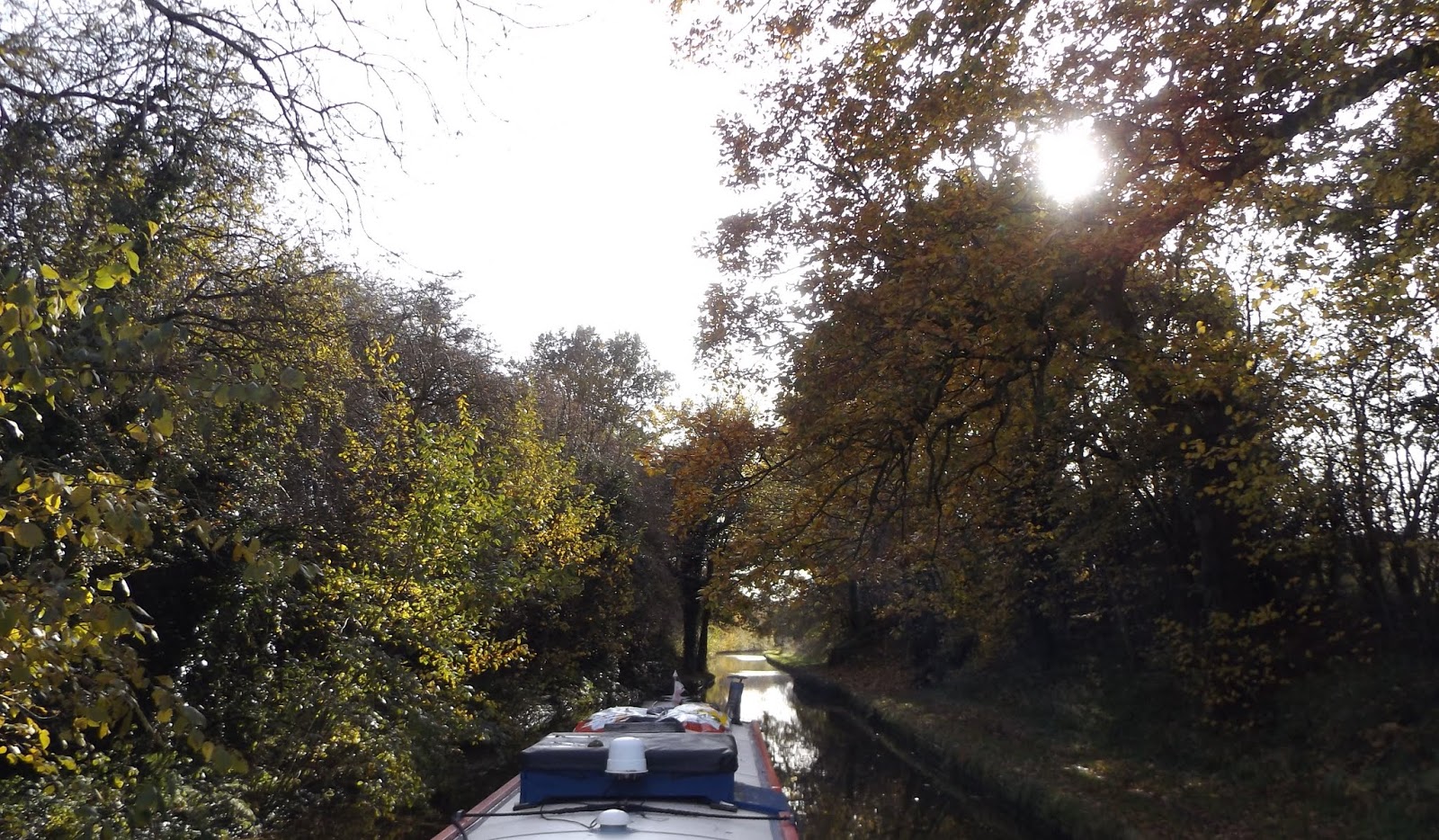 Tilstock Lift Bridge was the last we tackled today, then soon we were out on the levels of Whixall Moss with the canal heading towards the junction with the Prees Branch.

We didn’t get to the junction though, pulling in on the moorings near Roundthorn Farm. 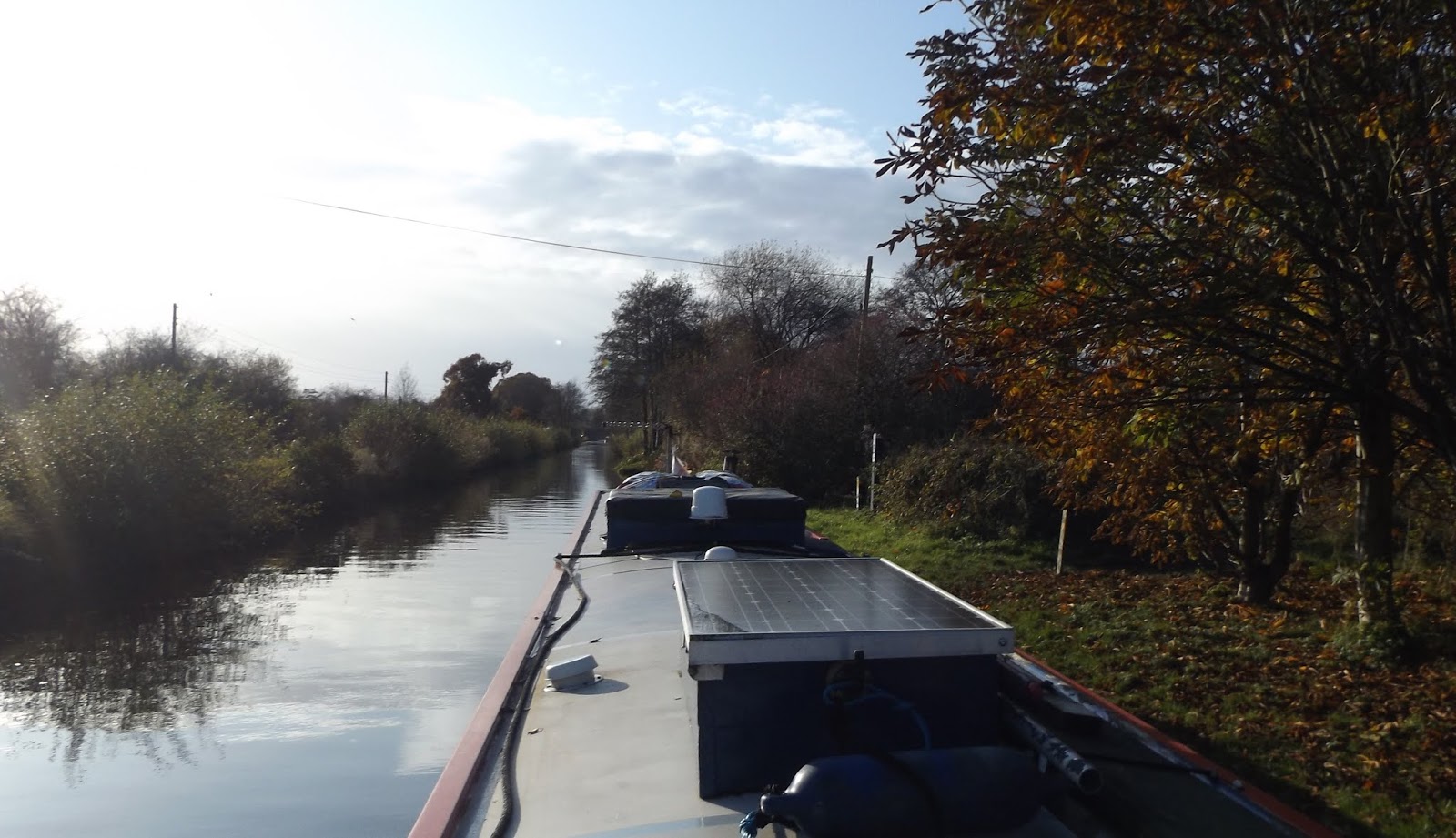 Tomorrow we’ll push on to Hampton Bank, a shorter day but we wanted to get some miles done while the weather was kind.

Hi guys hope everything is ok with you. Always follow your blog. In Indonesia at moment. Great fun on motorbike but a wee bit hot for me. Hope to catch up next year. Jennifer and Peter