A fine autumn cruise to Wrenbury

Yesterday there was a gap in the seasonal lows moving in from the Atlantic, giving us the opportunity to move on in the dry, so we took it.
The two Swanley Locks were just around the corner and we were getting ready to go when a private boat went past, followed by a CRT push tug and barge combo. So we gave it another 20 minutes before following on.

There has been a surprising number of boats heading upstream since we pulled out of the marina, presumably having come up Hurleston Locks before last Monday’s closure. It could be busier than usual up here this winter…

We arrived below Swanley No2 as the CRT crew were just emptying the lock, so hung back until they moved off the lock landing. 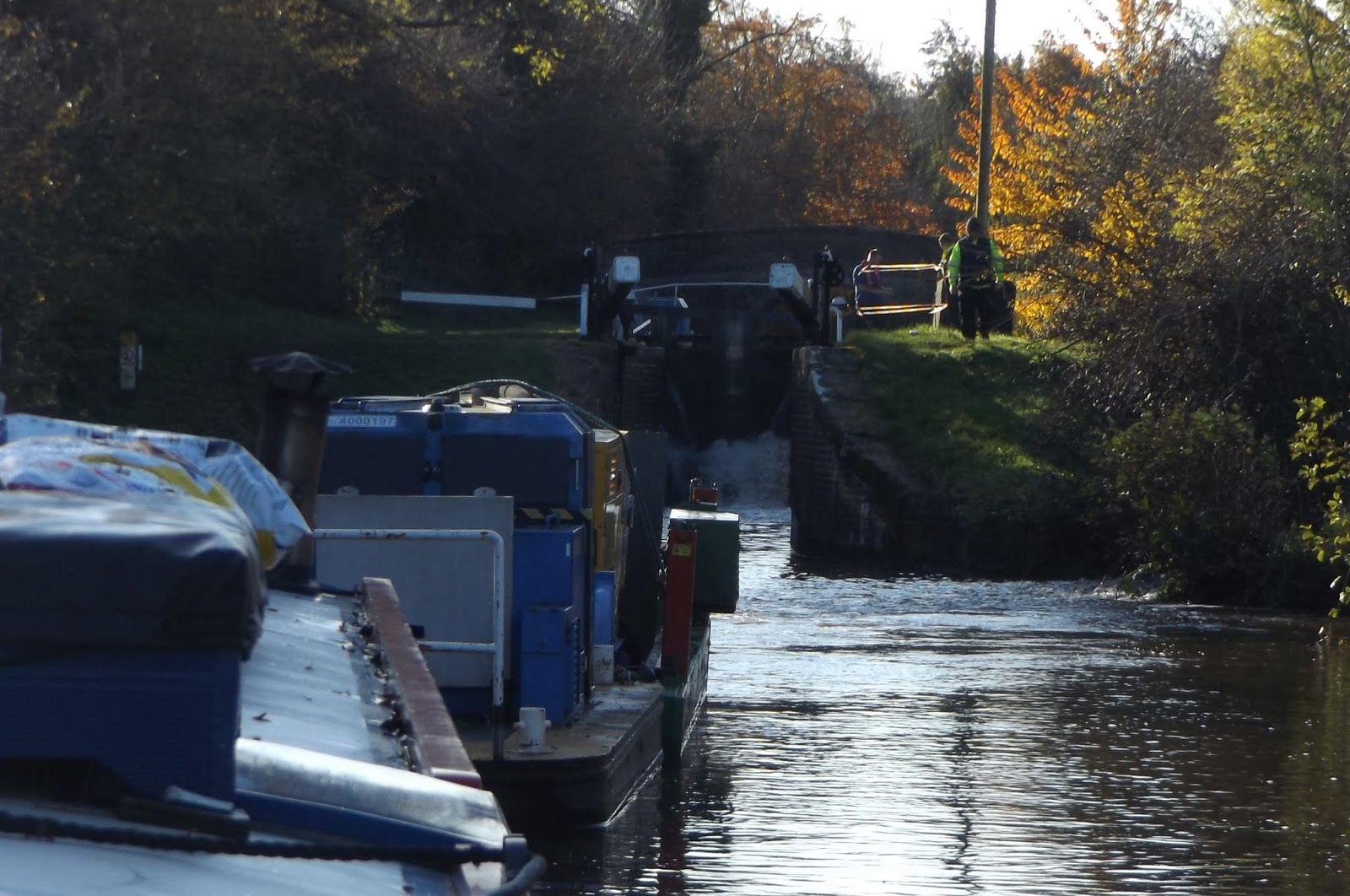 But they couldn’t get into the lock…
A control box for the hydraulic support jacks was hanging over the gunwale and the boat had jammed in the entrance. Rocking and revving and a degree of pushing finally got it free so they could swing the box inboard and get into the chamber.

We followed them up, keeping back to avoid the considerable amount of water coming up around the cill. The gate wasn’t fitting properly up against the liner.
It’s Swanley No1 that they’re going to be working on starting Monday, hence the workboats going up, but this morning a stoppage on No2 was announced, presumably to rehang the top gate. Unfortunately anyone hoping to get back below Swanley Locks before Monday are now going to be stuck… 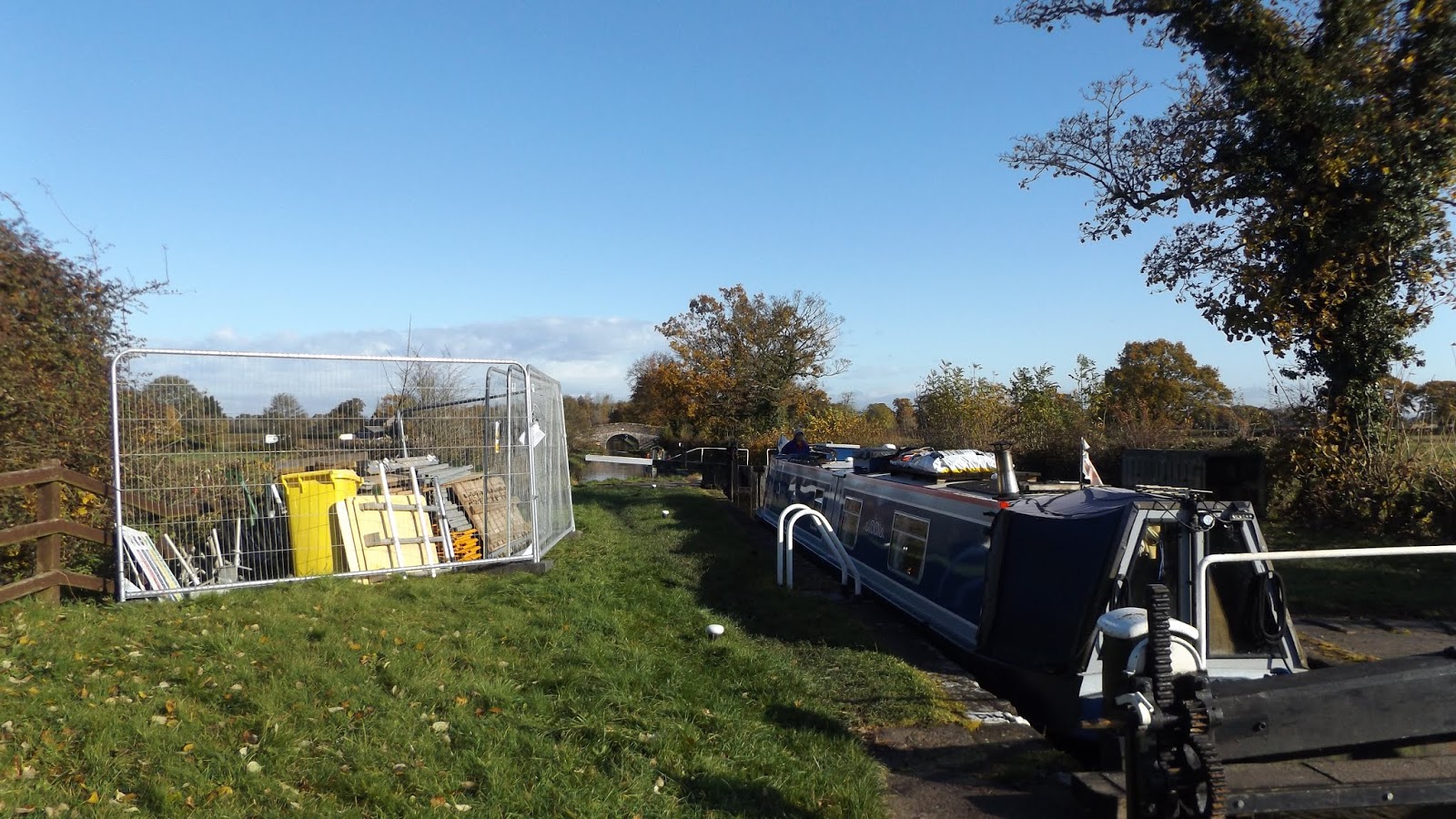 There was a bit of a cold breeze, I’d shunned shorts today in favour of long trousers for the first time this autumn and was glad I did. But the sky was blue, the birds were singing and the sun was lighting up the dying leaves. 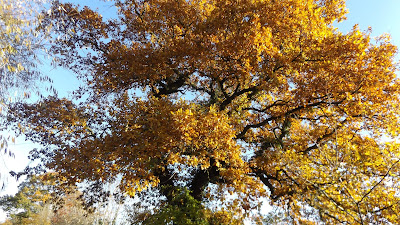 The recent rain has left large areas of standing water in the fields. 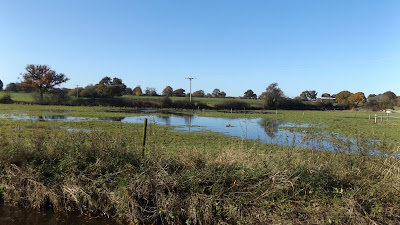 We got up the three Baddiley Locks without problems, then cruised on for another half-hour or so to moor before Church Lift Bridge at Wrenbury. 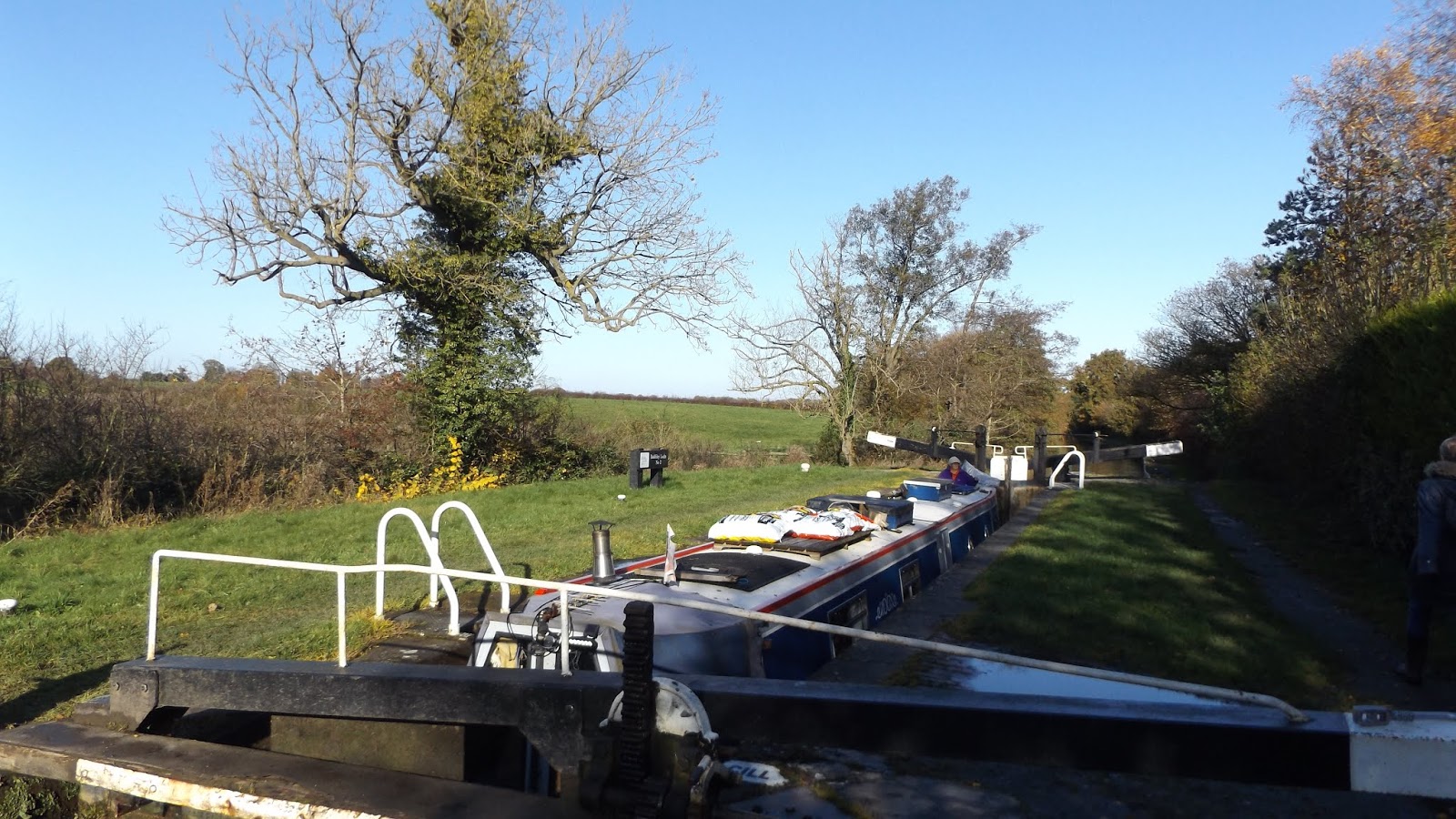 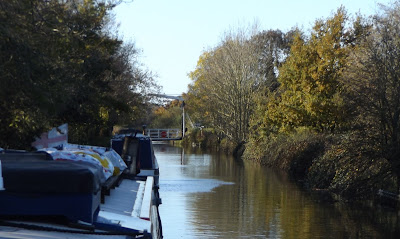 Today we’ve not seen any of the forecasted sleet but it has rained continuously since mid-morning. A finer day tomorrow will see us tackling the first of the lift bridges. Deep joy…

You were lucky to get through - there is now an indefinite stoppage notice for No 2!

Weren't we just! I'm not surprised, there was a lot of water coming up over the cill, and the gate was very difficult to move.