Canals and rivers to Nottingham

Yesterday morning we pushed across to the services to fill the water tank and drop off the rubbish, then motored a mile up the canal to moor and wait for Dave and Barbara who were heading our way having left Shobnall Marina earlier. 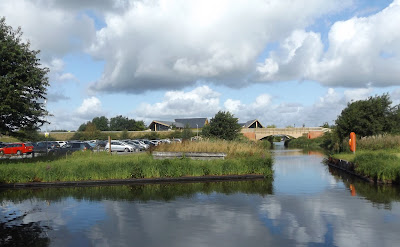 They arrived at about half-twelve, and we set off for Stenson Lock. All the locks we’ll encounter for the next few days are broad, which is why we chose to travel together. 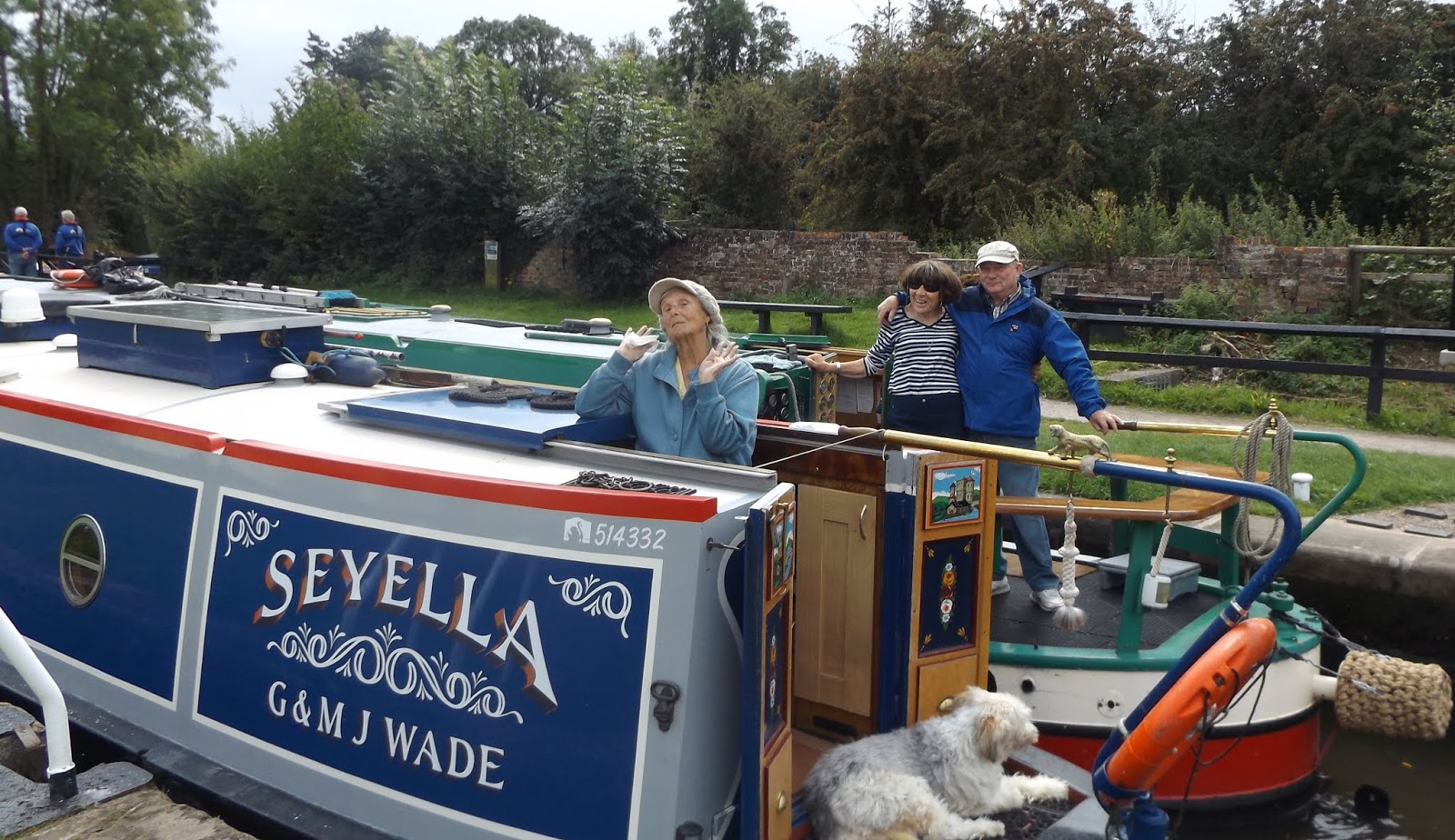 We made steady progress down the valley, Stenson Lock had volunteers on to help, the others didn’t but we only had one hold-up, a short queue at Weston Lock.

Down the Trent Valley 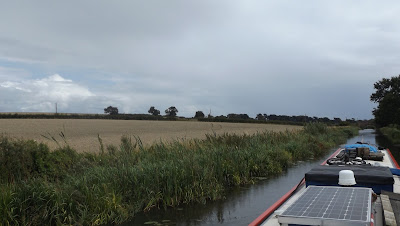 Swarkestone Lock, with the old Derby Canal joining from the left. 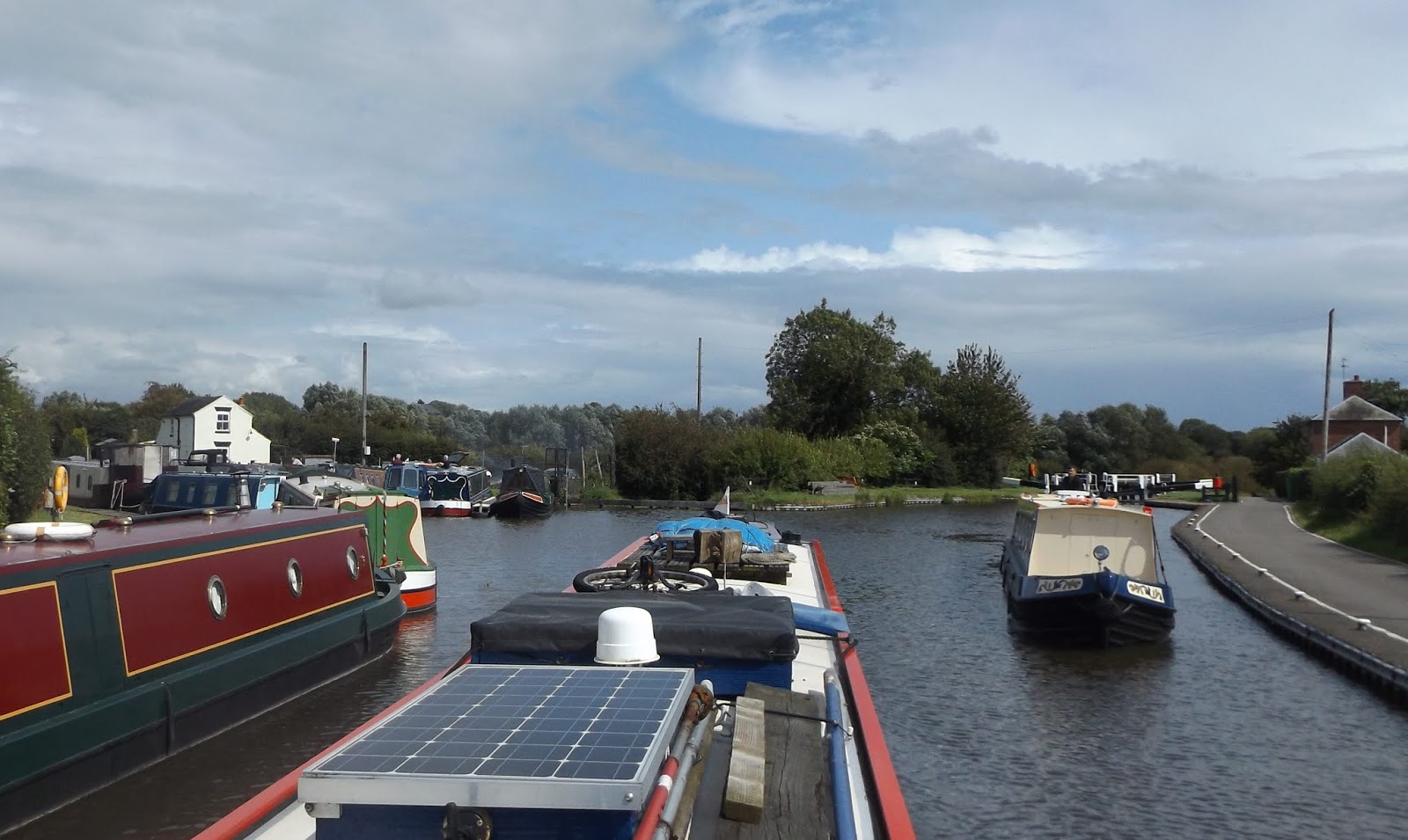 The Derby Canal is now derelict and partially filled in apart from a short stub used for moorings. It actually crossed the Trent and Mersey here, a short channel dropping down to lock down onto the river.

Cruising in the shade under Weston Cliff 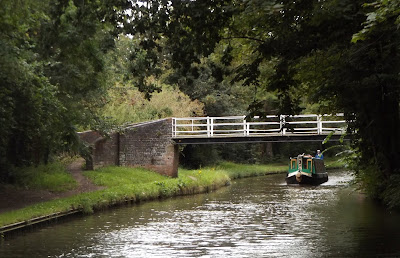 Making hay while the sun shines near Weston. 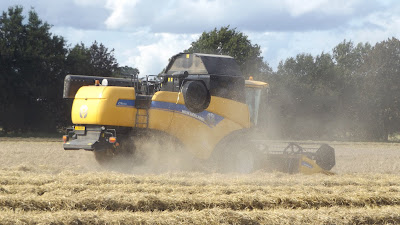 A dusty job, that.

We pulled in just above Aston Lock, on piling but with the edge very overgrown. 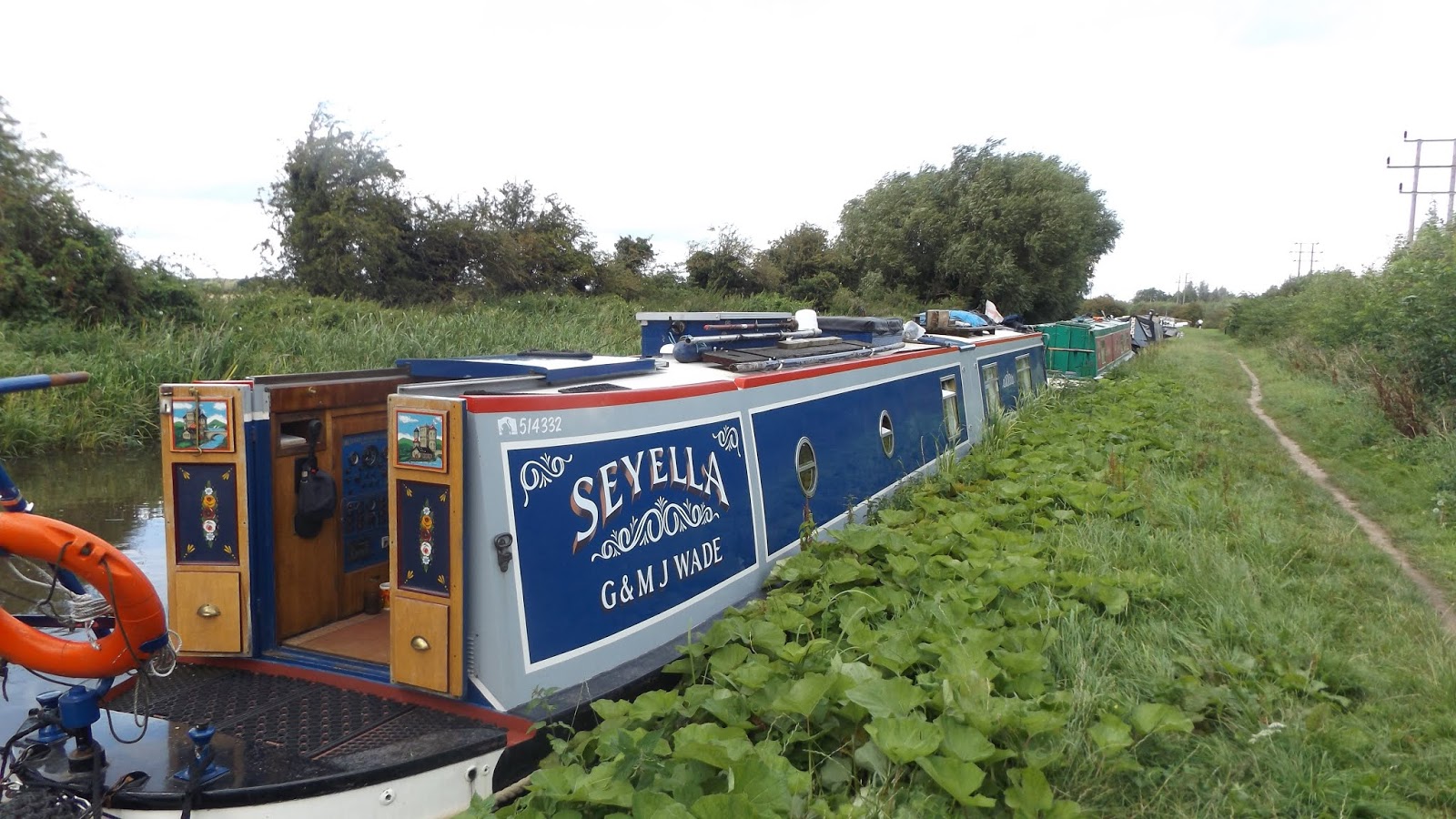 Nothing that the garden shears couldn’t deal with.

D and B came to us for dinner, so consequently I didn’t have time to post. That’s why you’re getting two for the price of one.

After a cool night which gave way to a fine sunny morning, we were thinking of getting going at around half-nine. But then a boat came around the corner, followed by another, then another. Bugger.
By the time we’d descended Aston Lock it was half-ten. It took a long time to fill for us, the gate sluices were pretty well bunged up with weed. 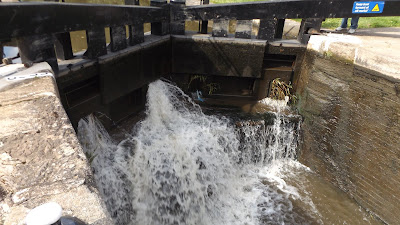 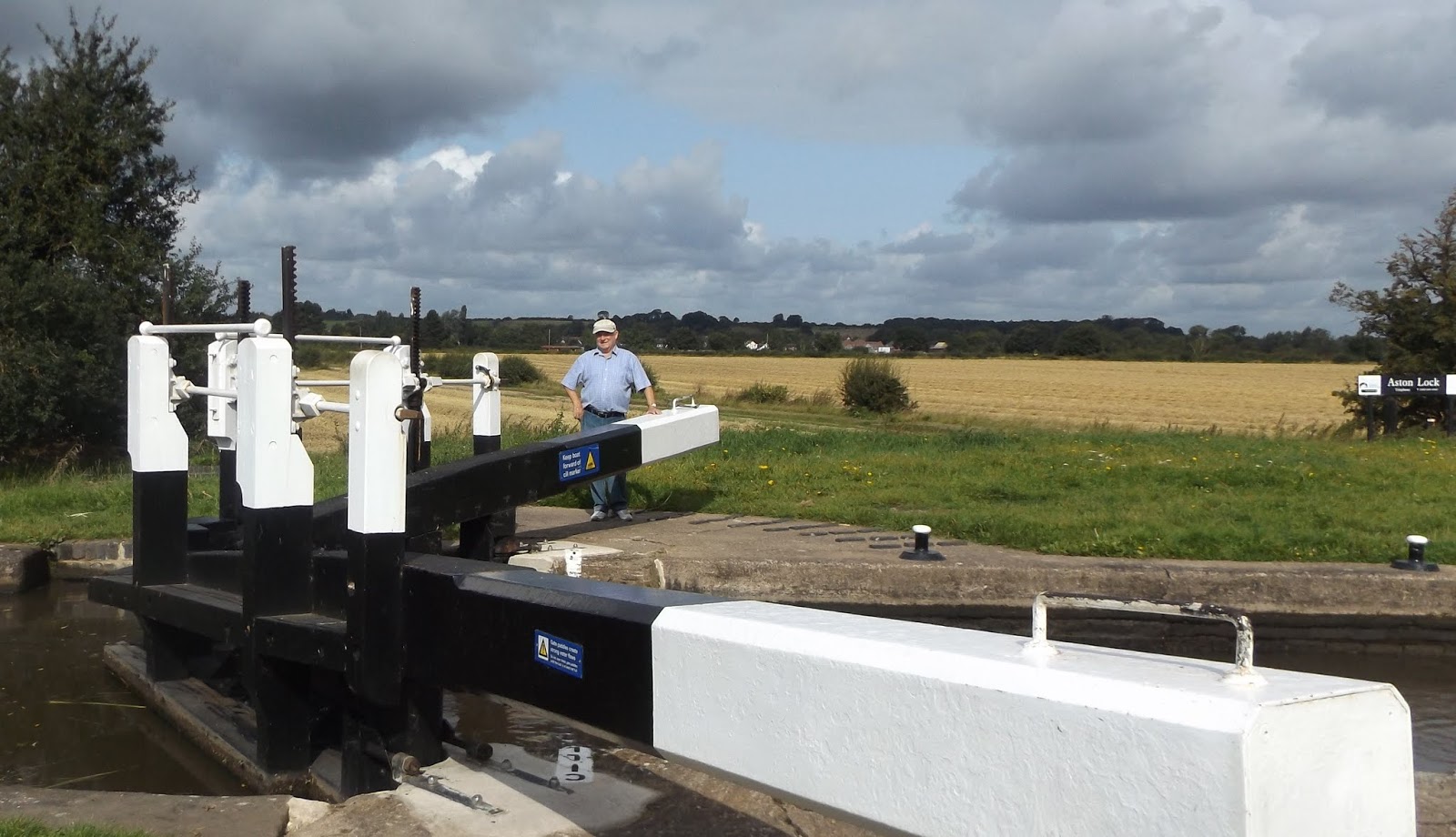 …and the Tiller Girls! 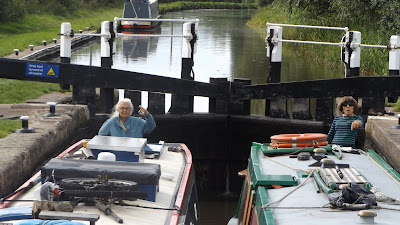 It’s about 45 minutes to Shardlow Lock from here, and we were lucky to have a boat just leaving to leave the gates open for us.

Below Shardlow Lock, with the Clock Warehouse to the right. 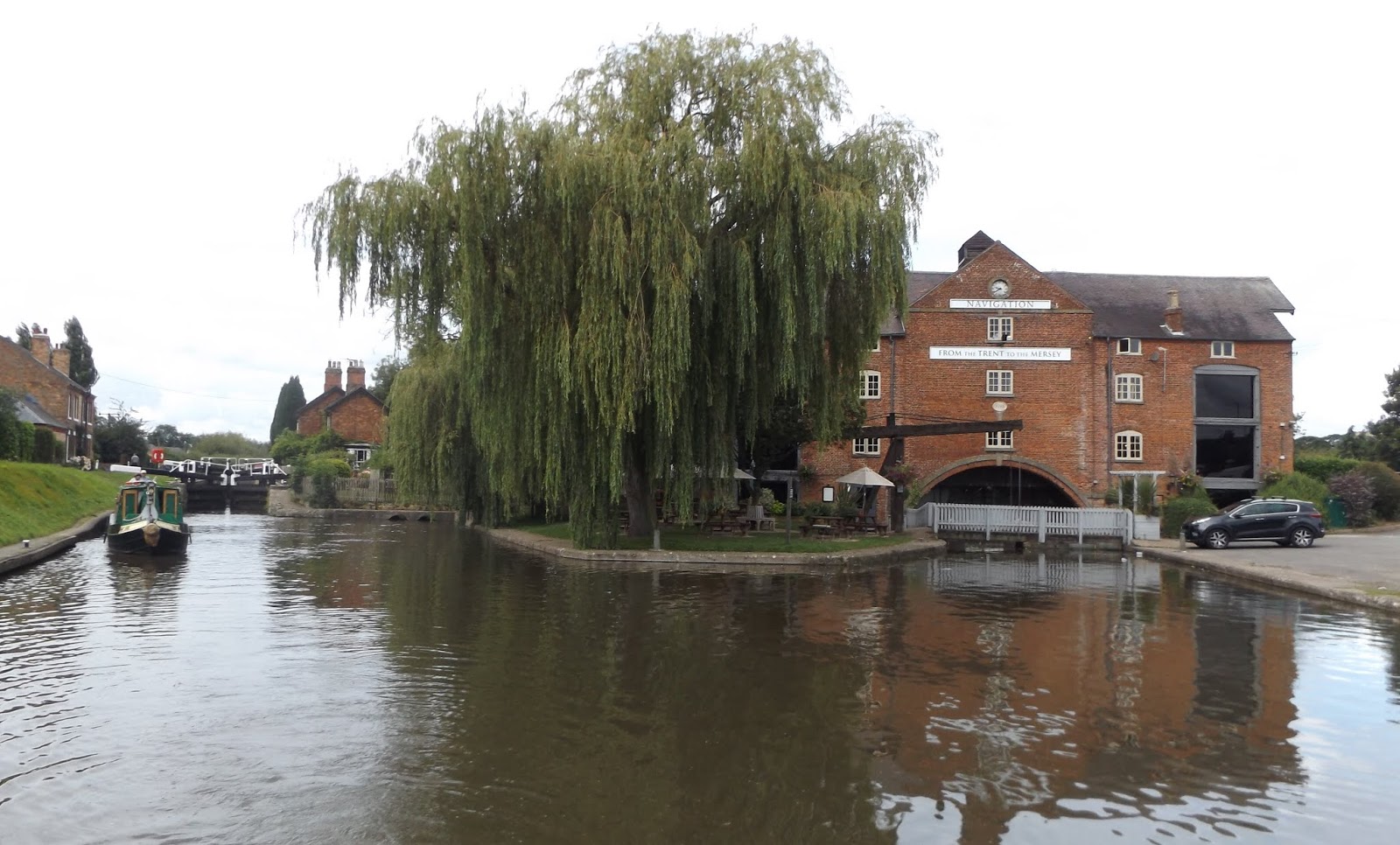 Shardlow’s claim to fame is it’s canal-related architecture, with several buildings contemporary to the canal’s industrial period. Most of them are still in use, though not for their original purpose.

Leaving the town the navigation passes through a flood lock, with indicator lights advising of the state of the Trent and the Soar. 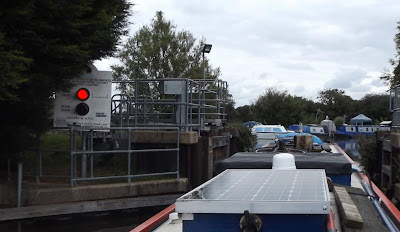 But we ignored the red light today, boats have been coming up off the Trent for the last 2 days! 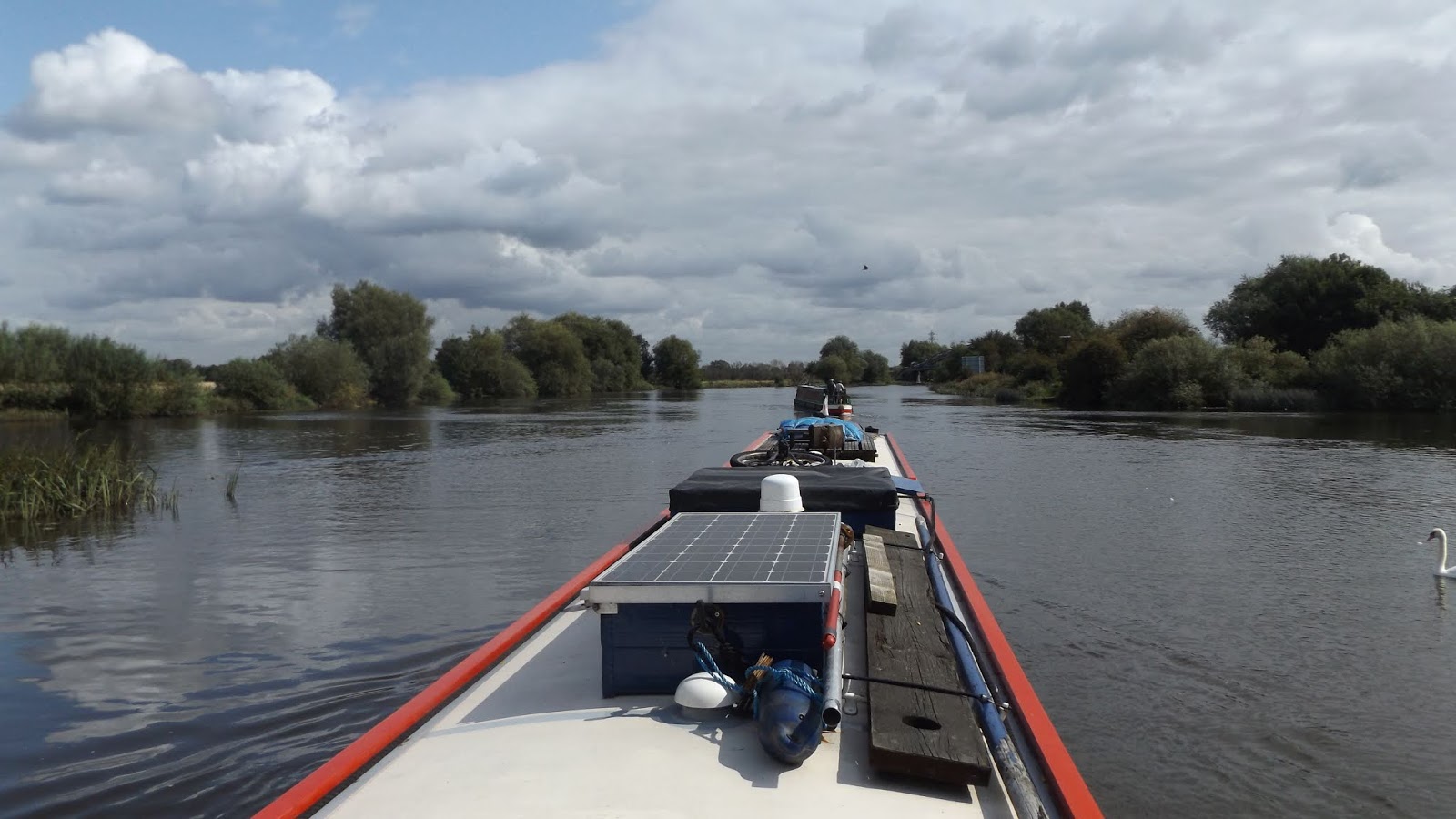 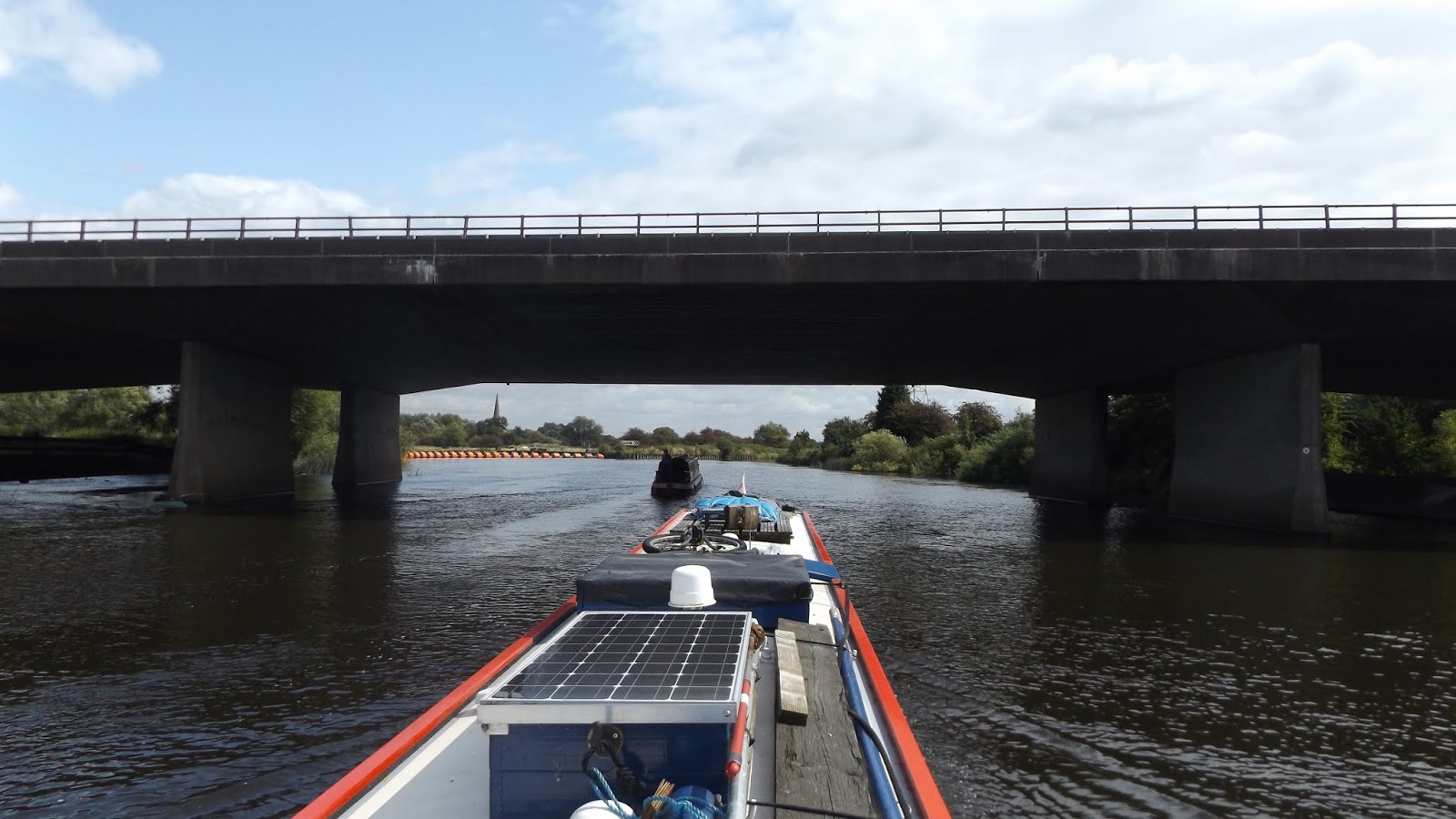 Passing the large Sawley Weir on the left we motored in to Sawley Cut, negotiating the flood lock then on past the marina and the visitor moorings to the paired Sawley Locks. 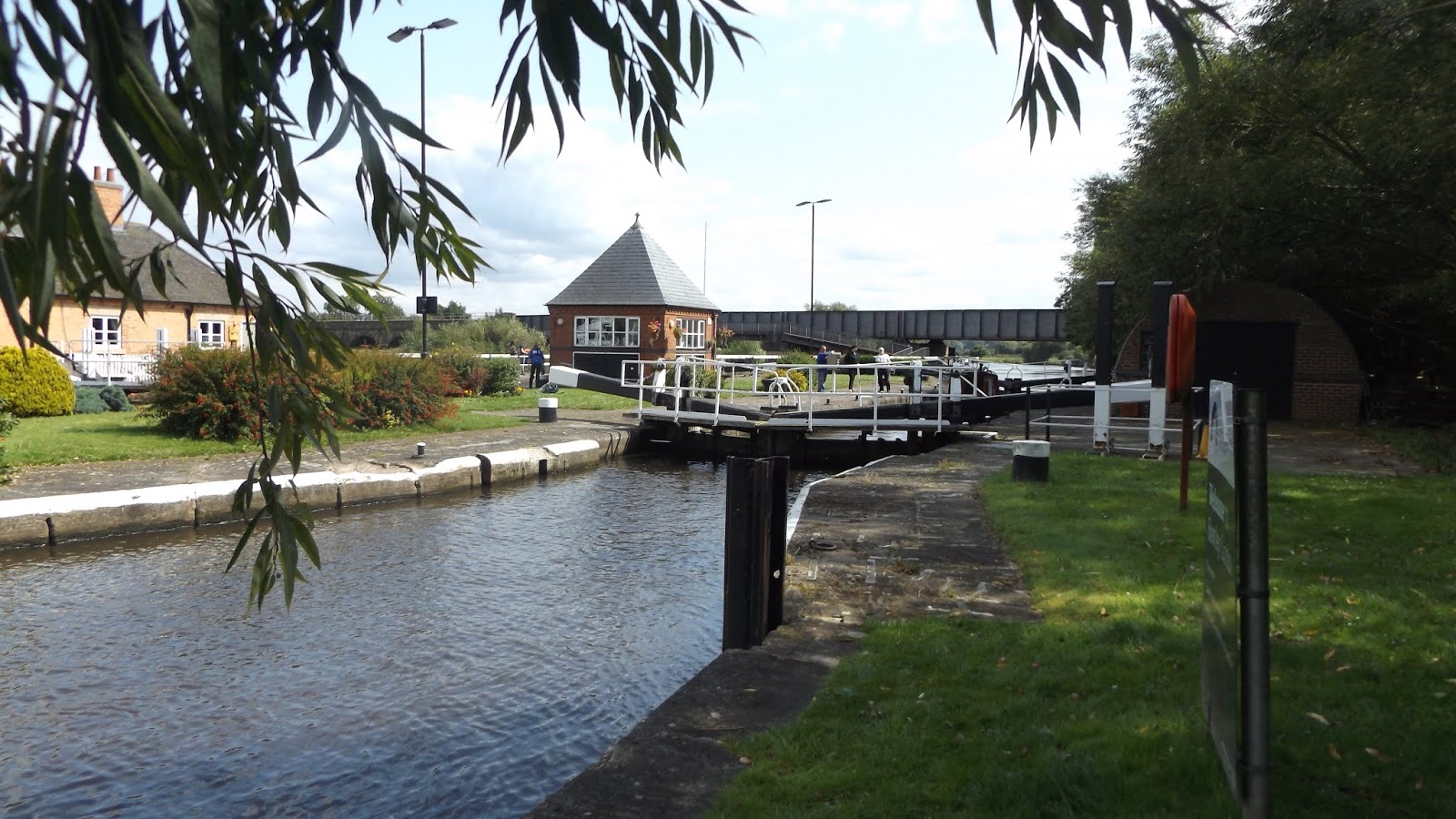 We had volunteers on here, so didn’t have to get off to operate the lock.

Then once again we were on wide open water for a mile or so to Cranfleet Cut.

Out of Sawley Lock, with the river coming back in on the right. 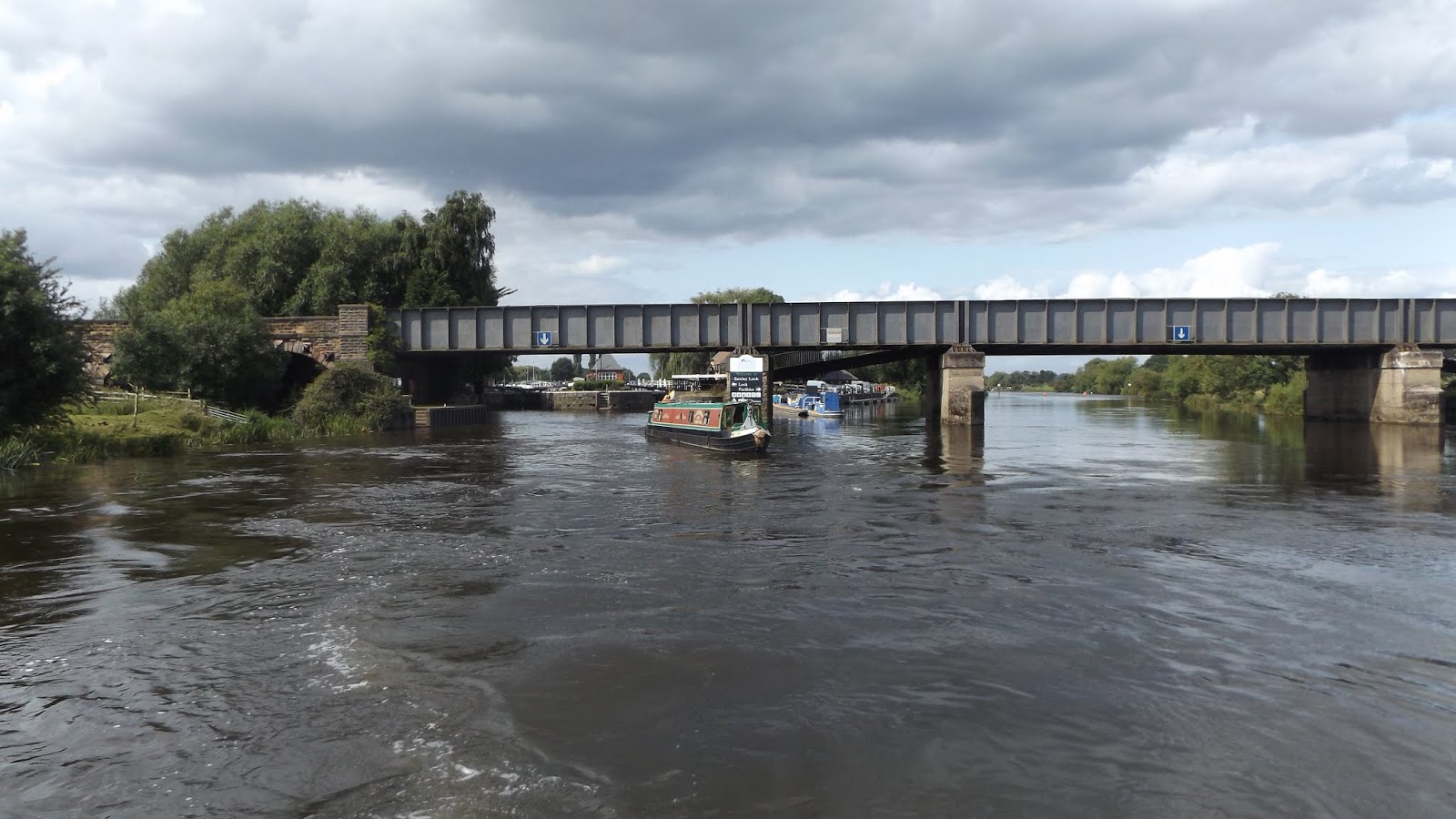 Another junction, the Erewash Canal on the left, the Soar on the right and Cranfleet Cut and points north ahead. 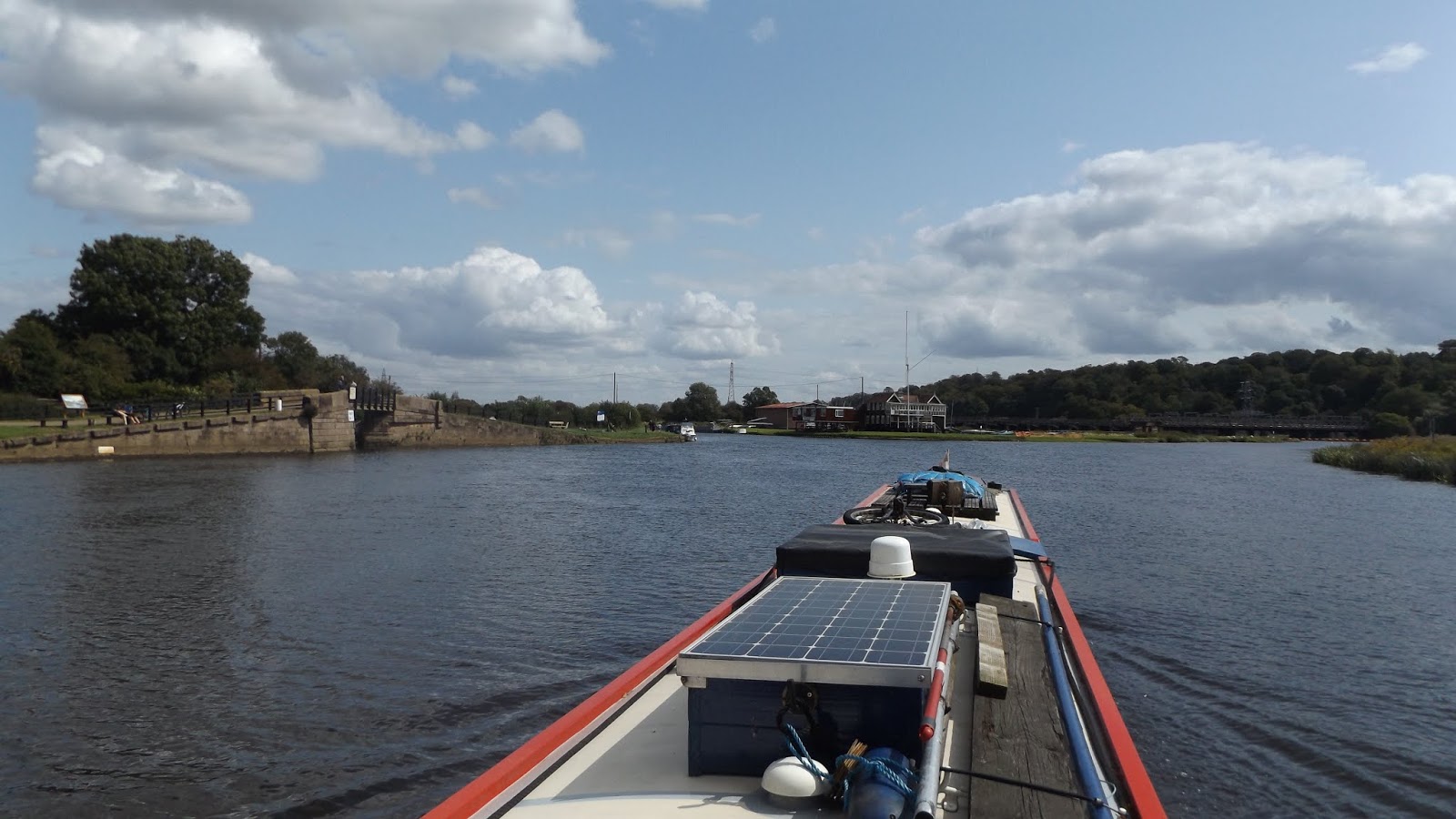 Back on the river below Cranfleet Lock. 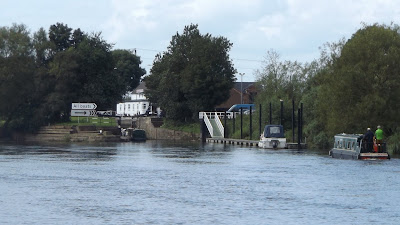 Although the river levels are down again, there’s still quite a bit of flow. 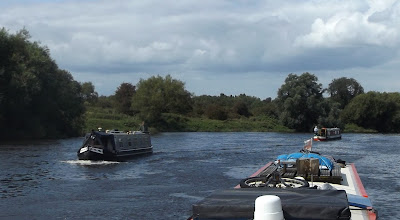 Beautifully restored, the Lady Sylvia was one of the Little Ships that supported Operation Dynamo, the evacuation of troops from the Dunkirk beaches in May and June 1940. 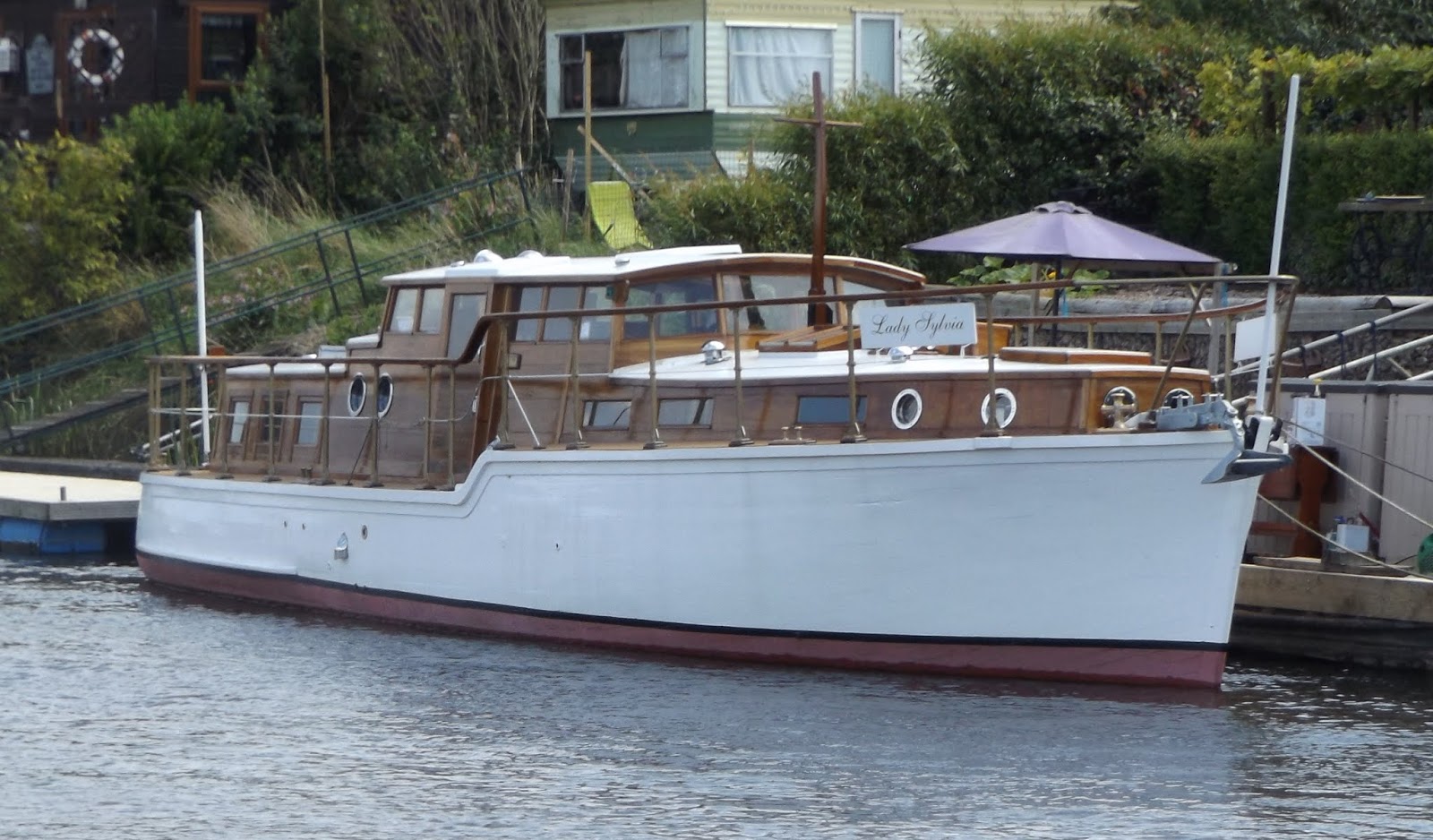 I think this one needs a bit of TLC… 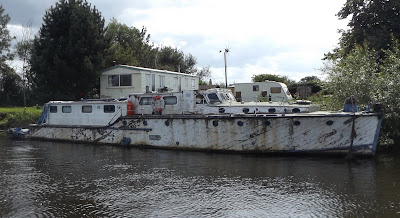 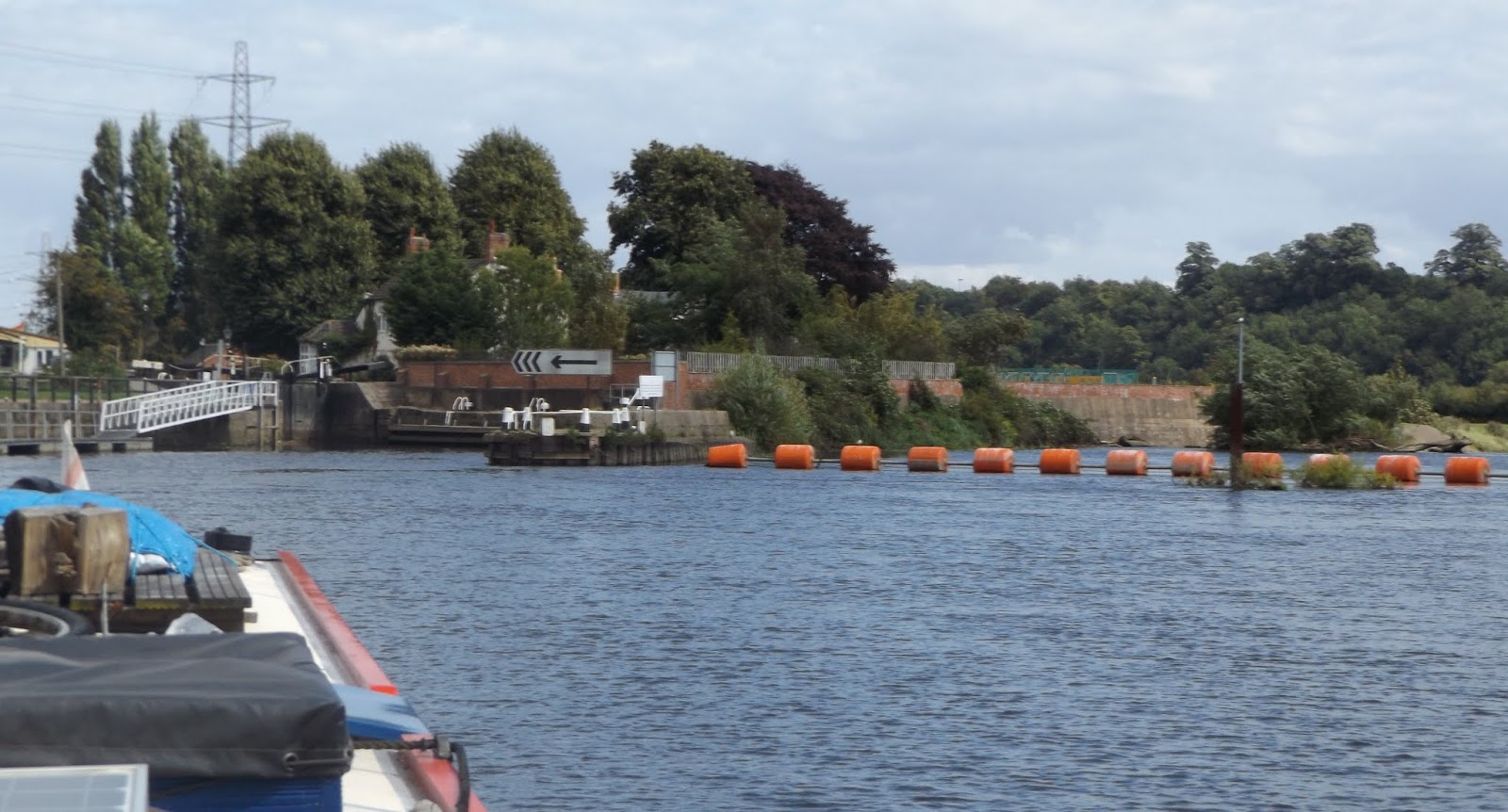 The shallow lock brings the navigation up onto the Beeston Cut, a wide and deep waterway which runs for 2½ miles to the western edge of the City of Nottingham, where it merges with the Nottingham Canal at Lenton Chain. 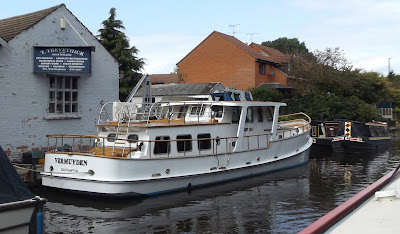 Lenton Chain and the lost junction with the Nottingham Canal. 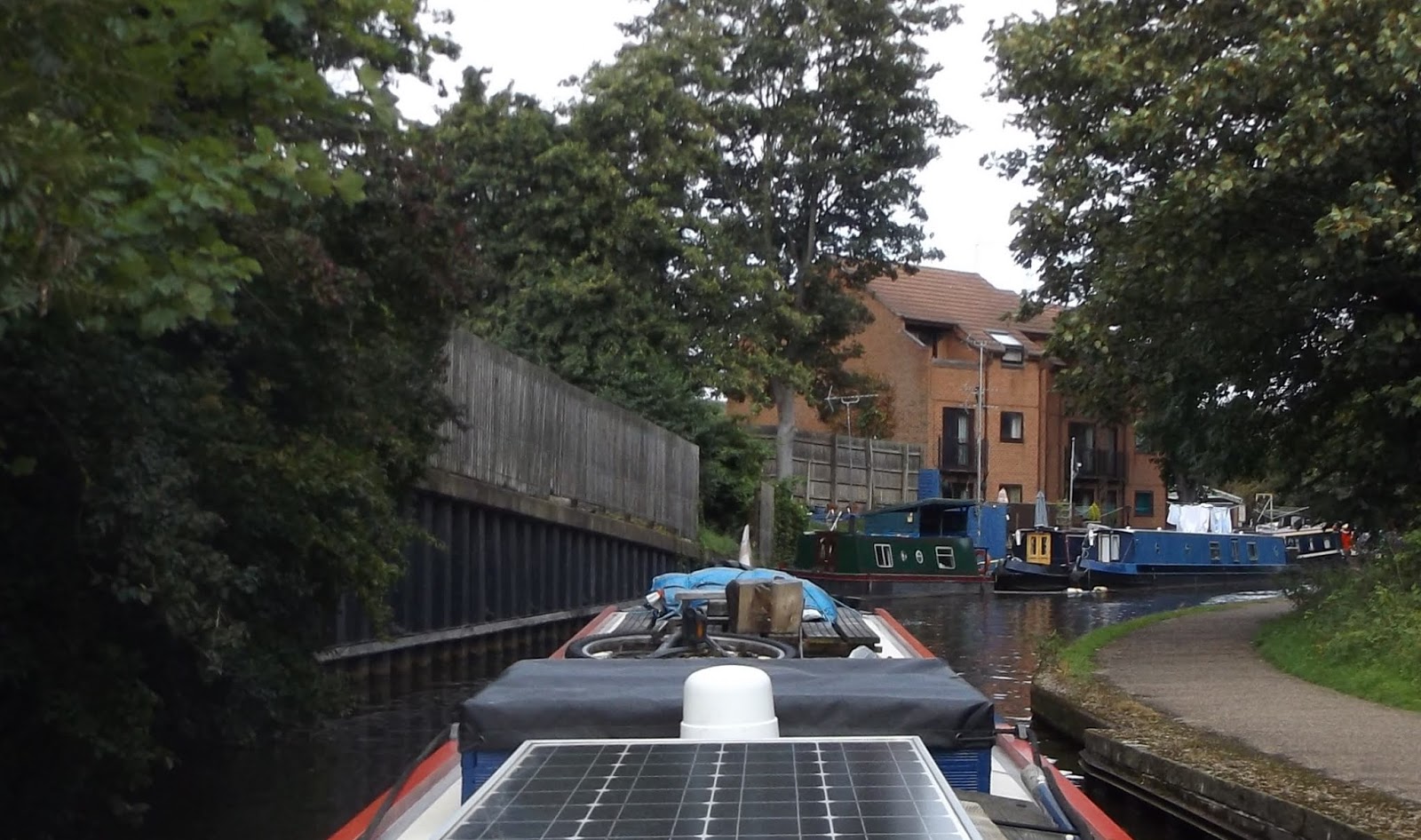 We stay on the Notts Canal through the city to rejoin the river below Meadow Lane Lock, but the north-western part of the navigation that used to join the top of the Erewash at Langley Mill is mostly filled and built over.

It was busy around Nottingham Castle Marina, but we managed to find room for both boats. 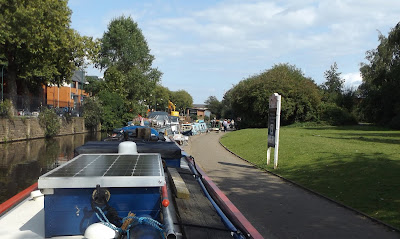 Mustn’t forget hellos to Maggie and hubby, Forever Moore, met near Stenson, Ray on Stronghold moored in Shardlow and Pete and Dawn on White Atlas heading upstream from Beeston.

We came over the Trent yesterday (in a car) just below Nether Lock. The levels looked quite high and there was quite a flow on. Hopefully things will have calmed some by the time to reach Newark.
Pip and Mick