A grand day from Gunthorpe to Newark

There was a small funfair in the field near the mooring pontoon at Gunthorpe Bridge, but they knocked off at about eight and we had a quiet night.

We wanted to make an early start so were reversing out from the pontoon at half-eight yesterday morning. 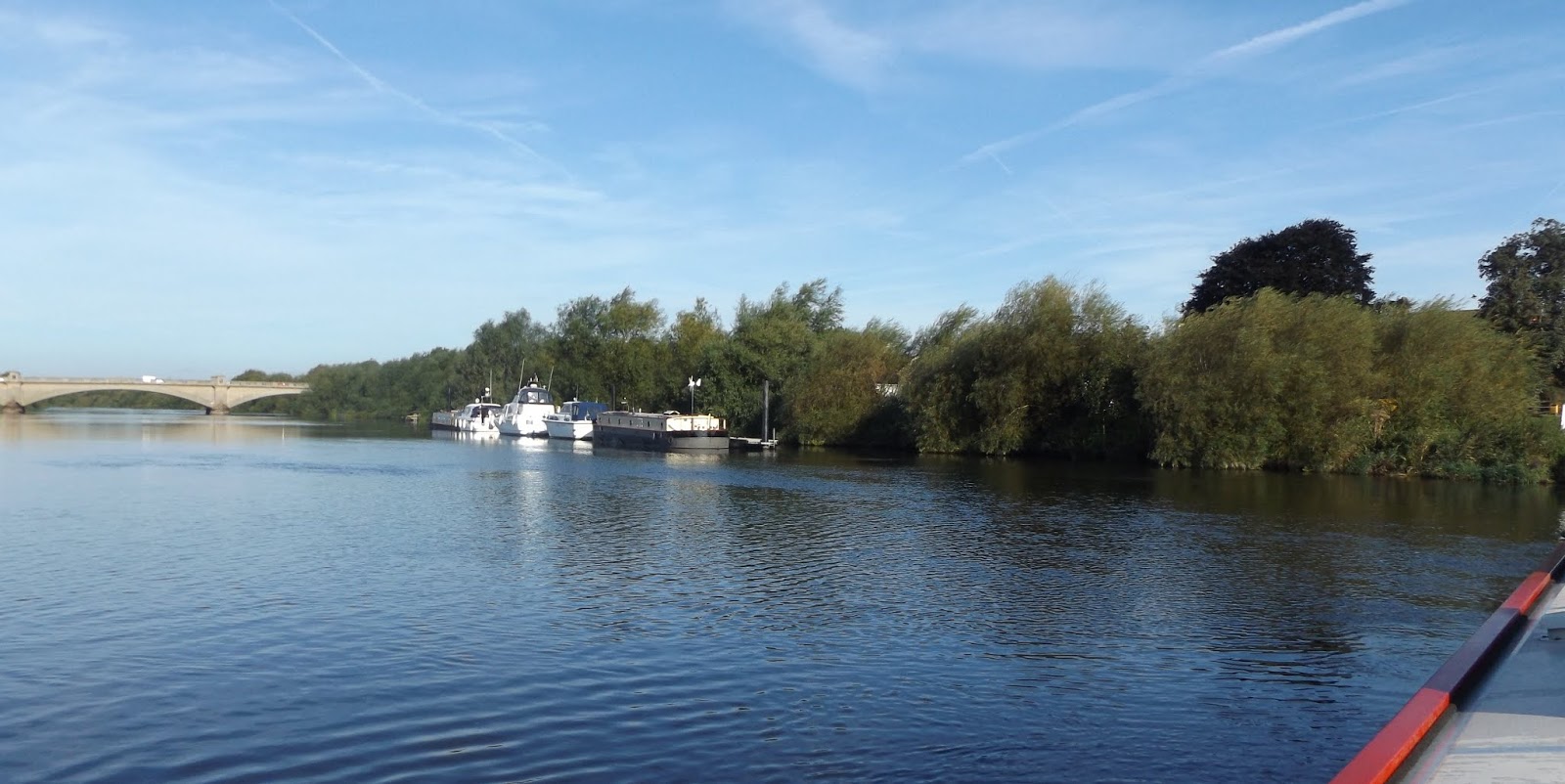 We were too early for a lockie to be in attendance, so worked through Gunthorpe Lock ourselves, dropping down and on our way by a quarter to ten. 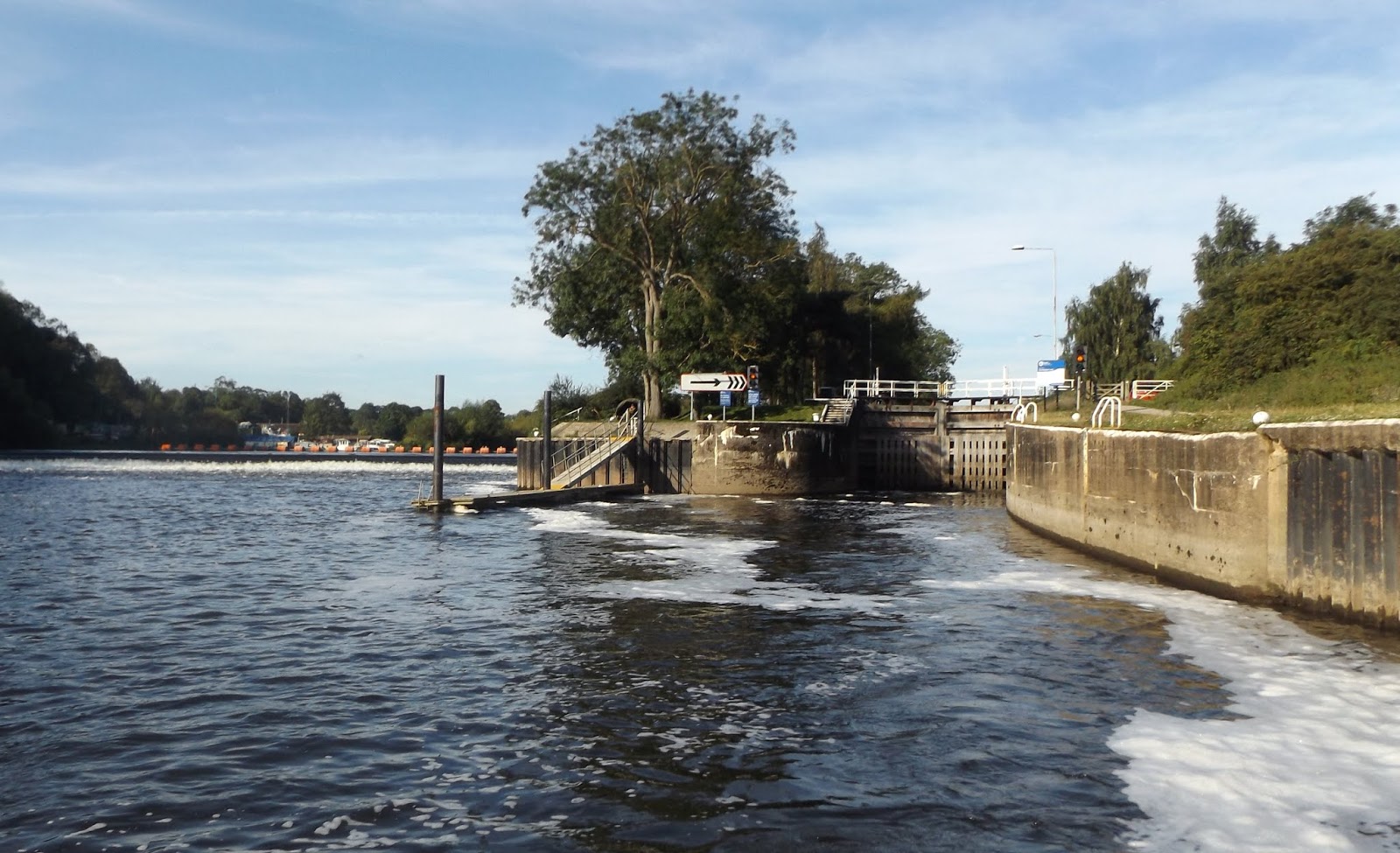 We had the river to ourselves, well us and the anglers…

The fine buildings of Ferry Farm near Hoveringham. 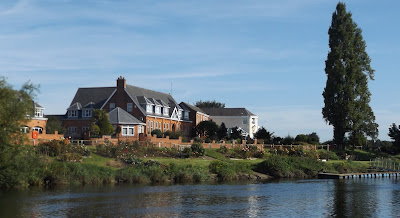 There were several small ferries crossing the river, mainly to carry livestock to and from the fertile pastures on the opposite side.

Below the Trent Hills. 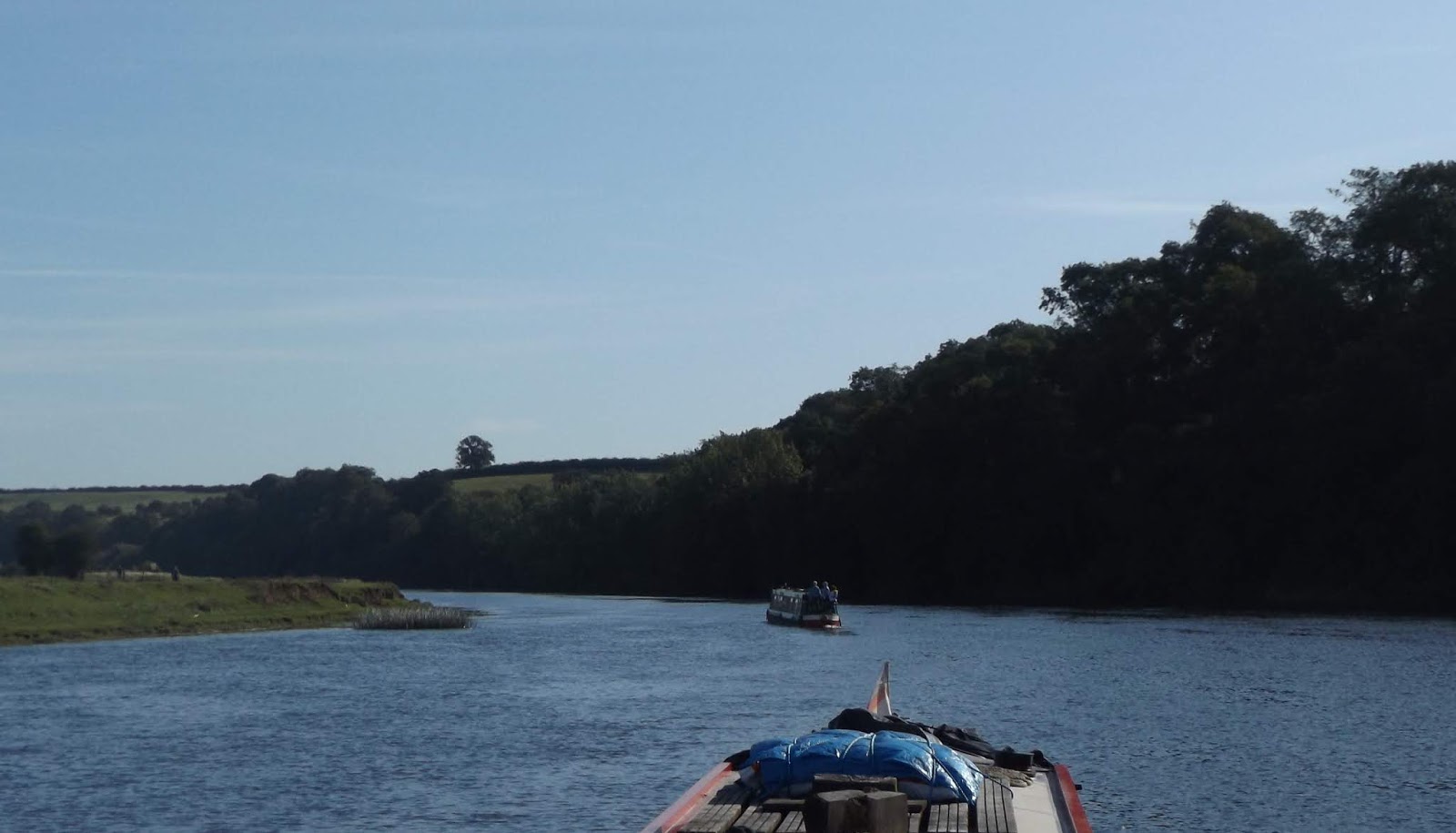 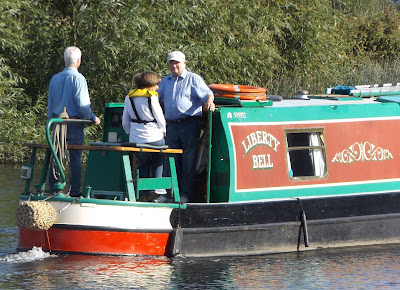 I’d rung ahead to Hazleford Lock, and the gates were just opening as we arrived. It saves a lot of time if you can let the lockies know you’re on the way. 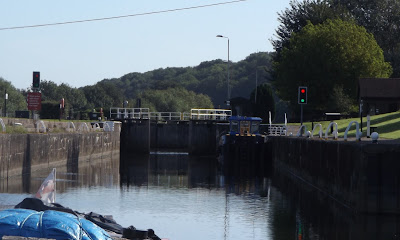 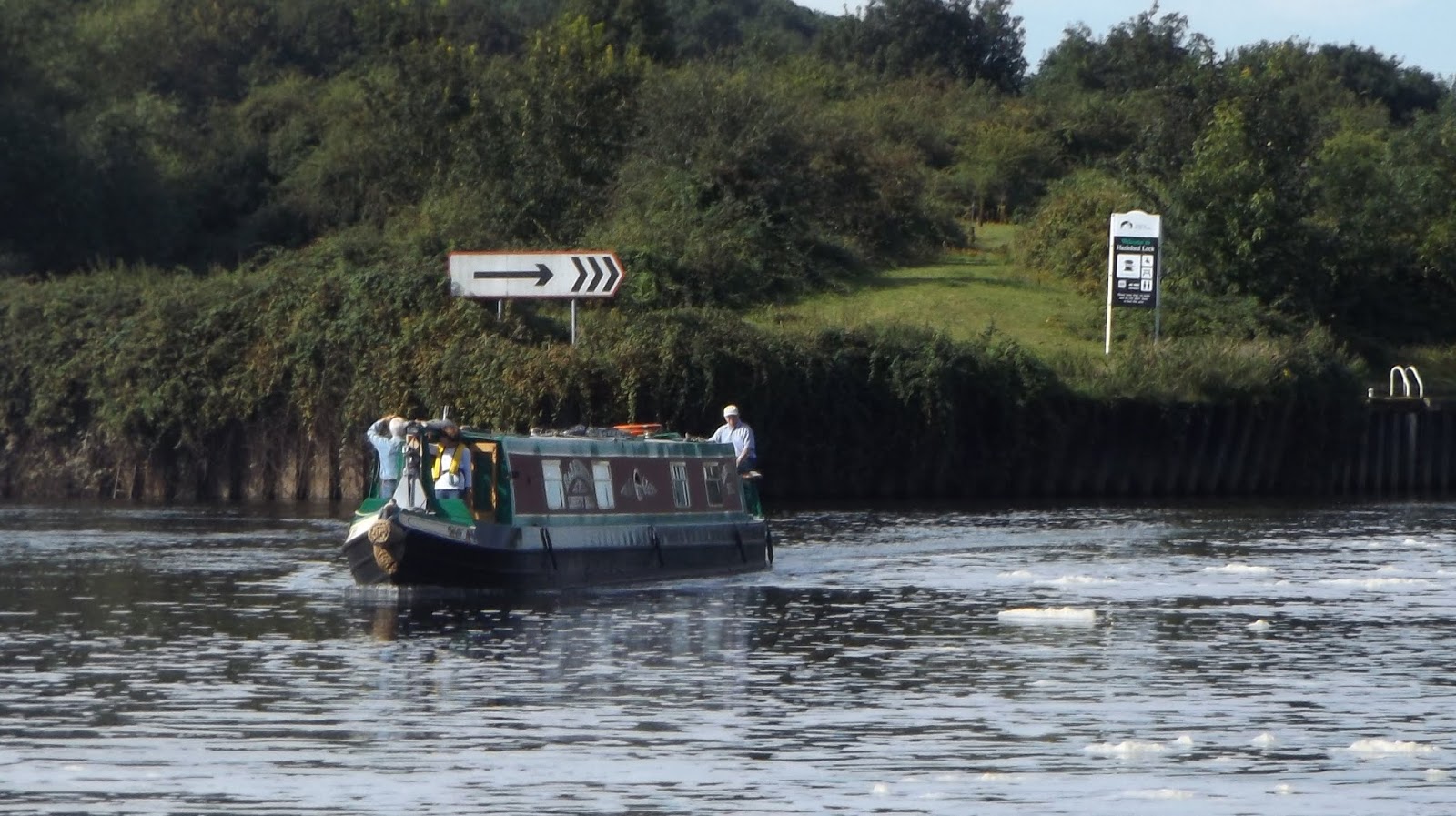 We’d been cruising for almost two hours before we saw our first boat, then there was a steady stream of them heading upstream. 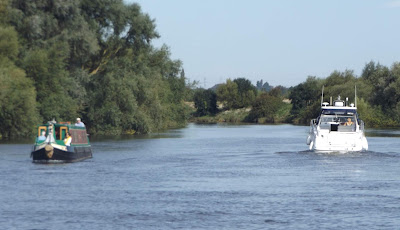 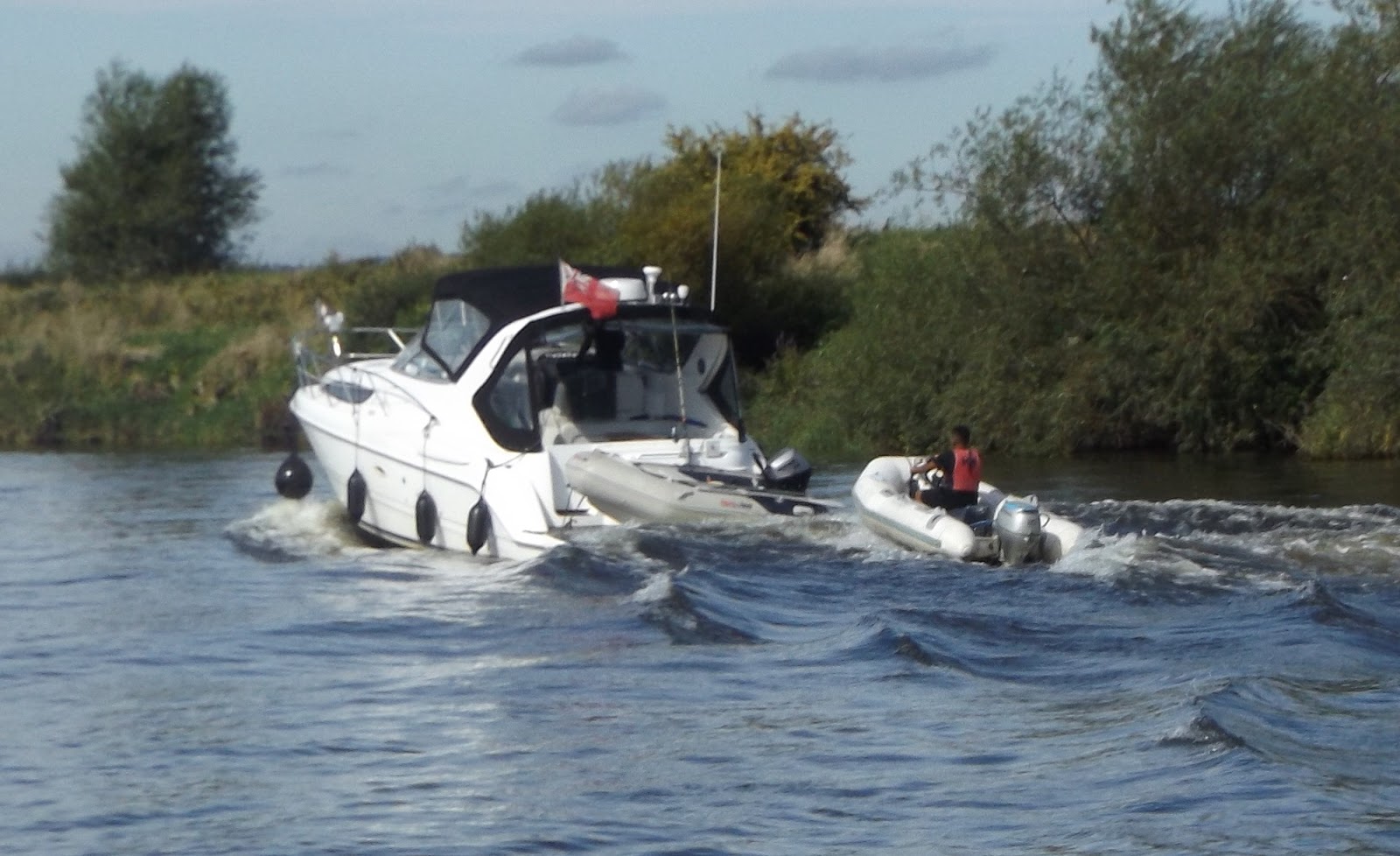 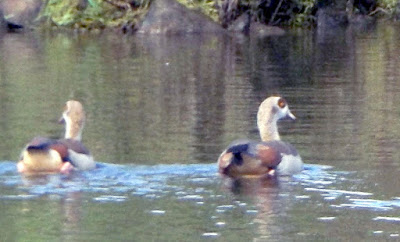 Shortly after passing the power station the river runs off over the long Averham Weir, while the navigation continues along the Newark Dyke into the town. 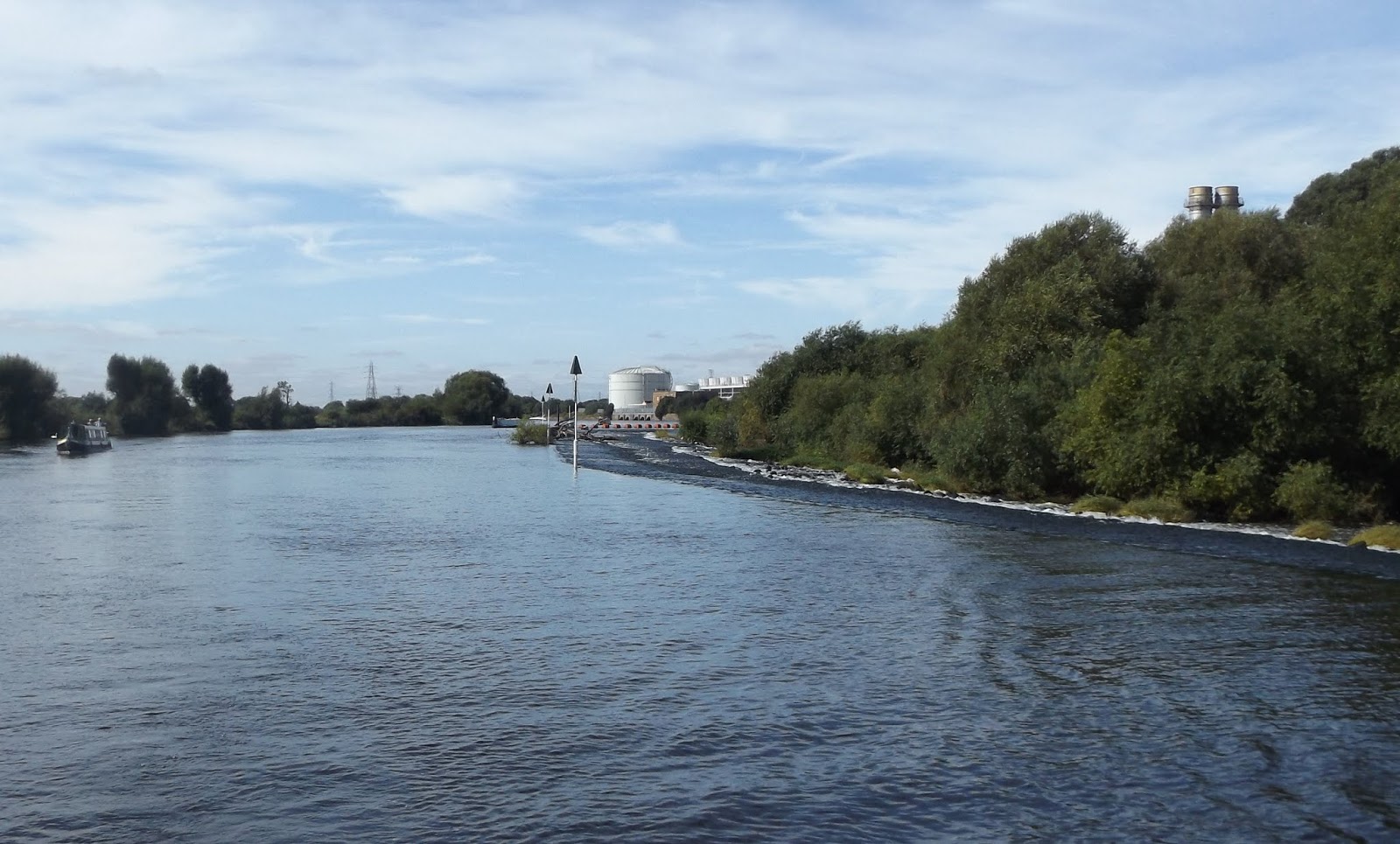 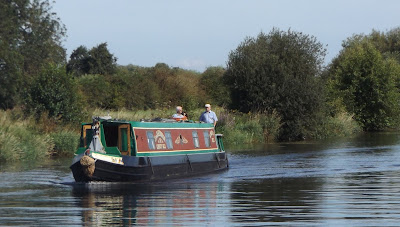 This canal section opened in 1773 during improvements to the river navigation. The river had been passable up to Burton since 1700, but the route was unpredictable and often dangerous.
The first stage of improvements involving dredging of the channel to increase depth and the construction of locks and lock cuts was completed in 1787. The current locks date from further improvements in the 1920s.

Newark Town Lock was ready for us, dropping us down our final 7 feet on this trip.

Newark Town Lock, with the remains of Newark Castle in the background. 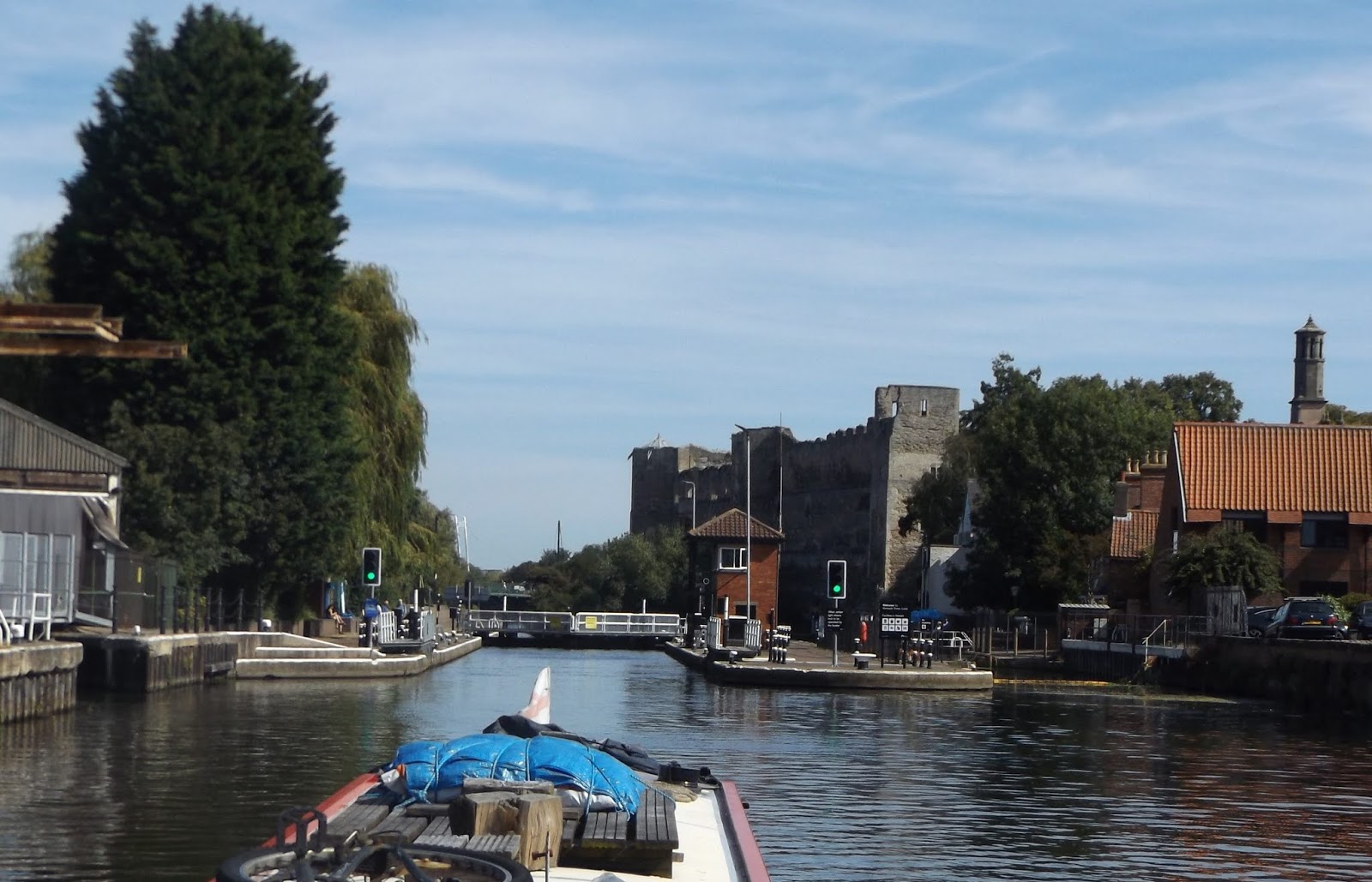 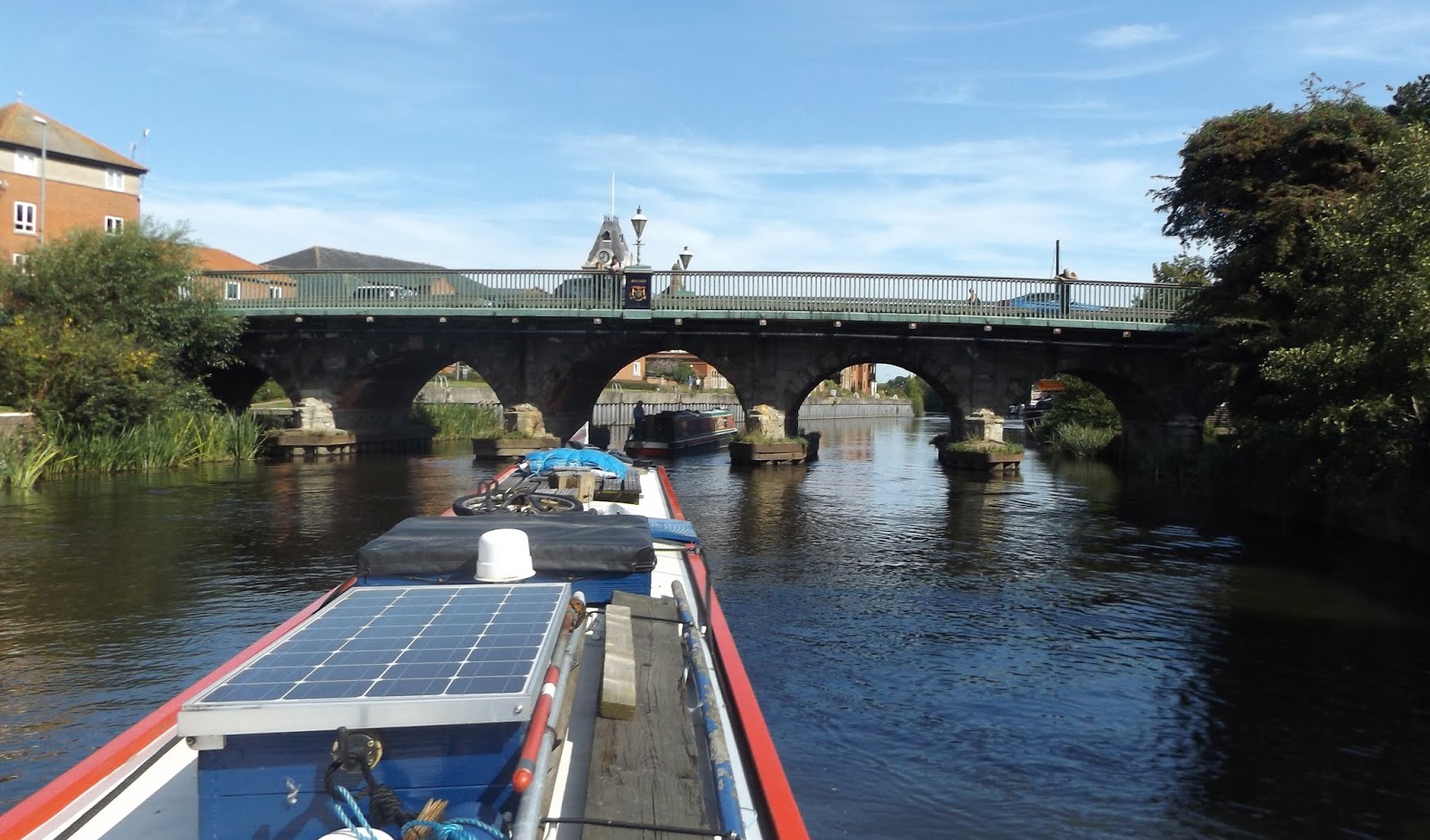 As expected for a Bank Holiday weekend the moorings in the town were busy, but we had a cunning plan… 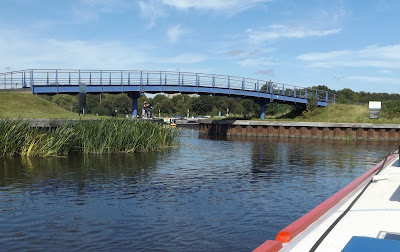 We’d booked a berth in the marina for the weekend to ensure we had somewhere to tie up.
Liberty Belle is also in here, but they’re staying for just over a week.

Meg hasn’t been well over the last couple of weeks, very lethargic and sore in the joints. So I’d made an appointment to see Mr Owen at the Animal Care Clinic in the afternoon. He was very good when we saw him last January.
The upshot of the check-up and samples results is that we’re coming off the anti-inflammatories again and going back onto steroids. She should be better on them. And she’s got a course of antibiotics for a minor infection which has elevated her temperature a bit. That will be making her feel miserable too. So, fingers crossed she’ll be getting better in the next week or so.
I was thinking of renaming her Handbag. I’m having to carry her most of the time…

Back up river on Monday, all being well.

Hi Diane, good to hear from you. Yes, we remember very well that meeting down on the Thames. Hope you are well. We've had a great few days travelling with Dave and Barbara.

Handbag is far too common for Meg... now Louis Vuitton would be more appropriate :)

Maybe Burberry? A bit more down to earth..