Another fine start to the day today, but the forecast promised stormy weather later, much like that suffered by certain political leaders last night…

We were just about to set off when Kevin turned up again. He’d walked down to see if we were still above Derwent Mouth Lock, timing it just nicely to help us down.

Cheers Kevin, have a good year! 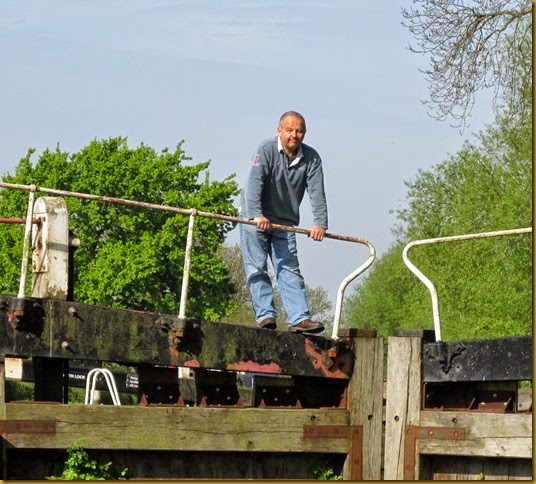 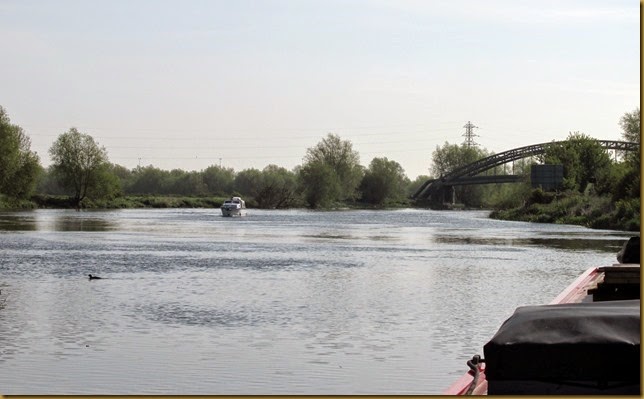 Sawley Flood Lock was in use this morning, with the river maybe 6 inches up on normal levels after the rain. Not a problem, you just treat it like a normal lock. 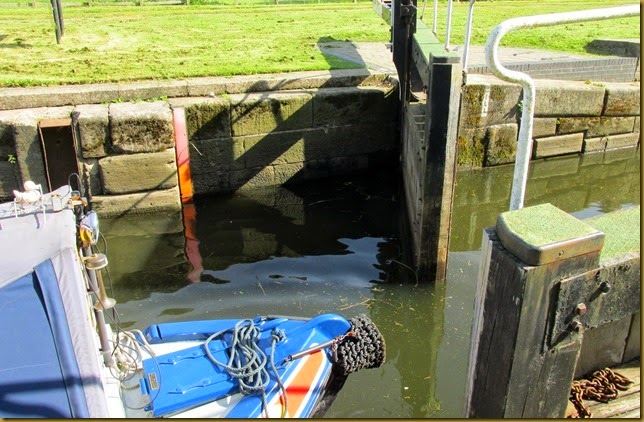 The lock protects the extensive moorings and marina in Sawley Cut from flooding.

The paired and mechanised Sawley Locks at the other end of the cut. 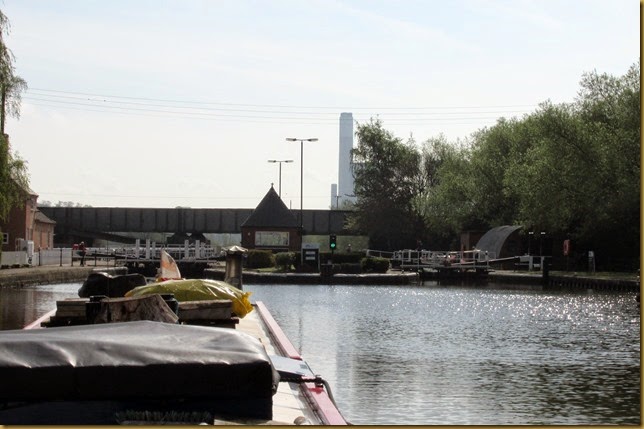 We were pleasantly surprised to see a pair of volunteers on the lockside. Excellent!

A U turn below the locks took us up the backwater and to the service wharf for a top-up and empty, then we were heading downstream again to Soar Junction.

Looking upstream, the locks are on the left, the services through the bridge to the right. 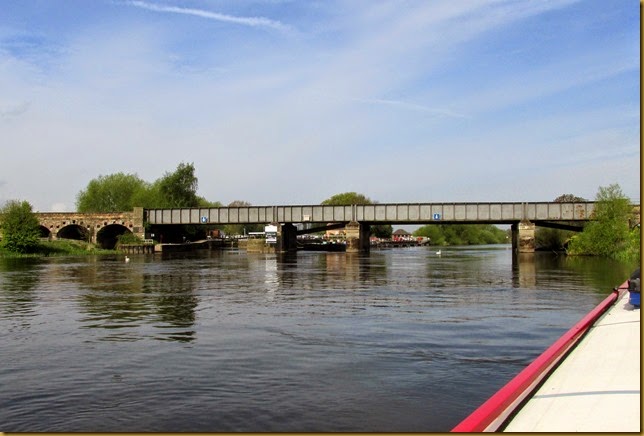 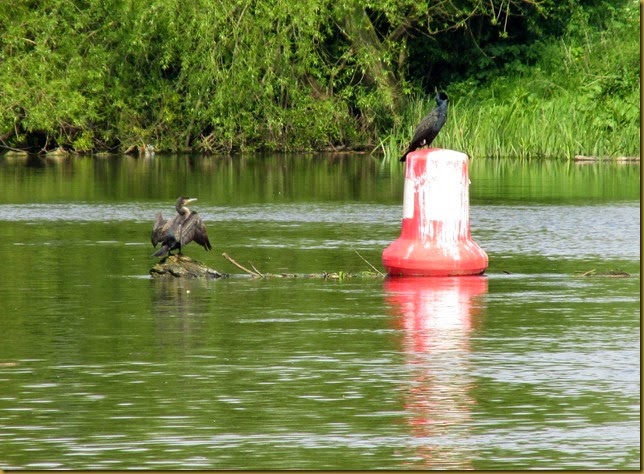 Reaching the crossroads at Soar Junction there’s a choice of three routes. Left goes to the Erewash Canal… 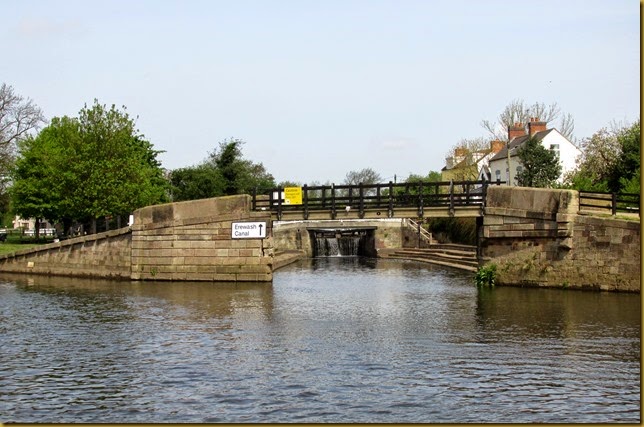 ,,,right upstream on the Soar… 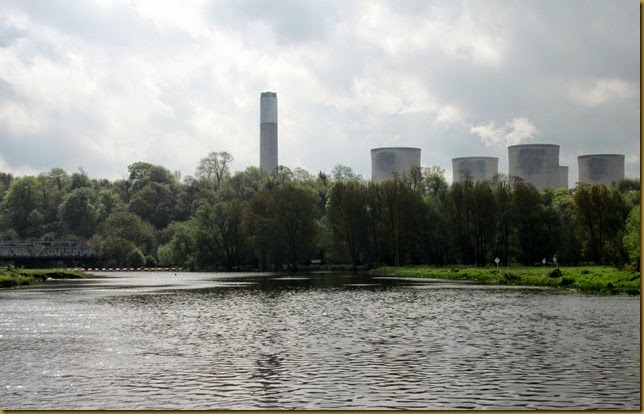 …and straight ahead for Cranfleet Cut, Nottingham and points north. I’d just hopped off at Cranfleet Lock to prepare the lock when yet another volunteer turned up! So a quick and easy descent took us down onto the river again.

They must have known we were coming… 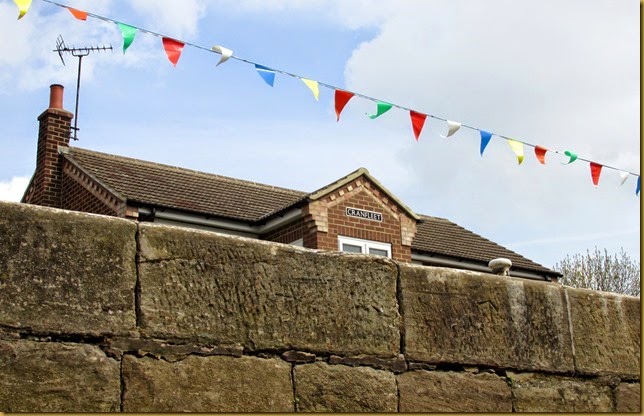 …no, the bunting’s out for a boat gathering this weekend. 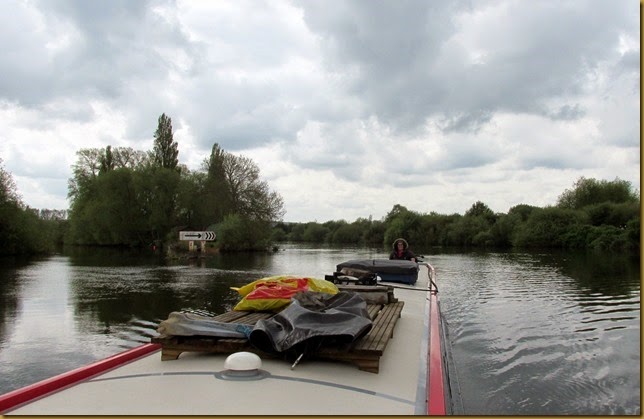 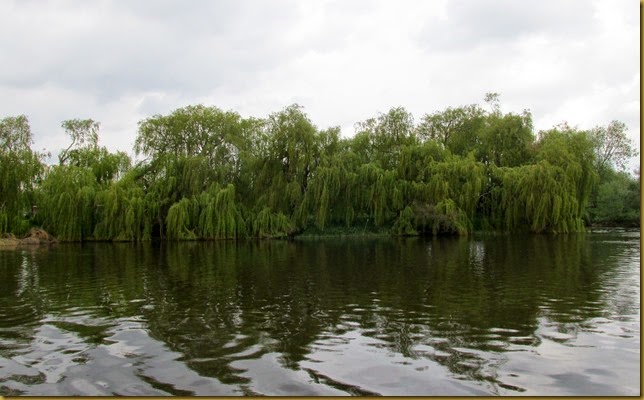 We came off the river again at Beeston, down the shallow lock alongside the wide weir, and on to Beeston Cut. 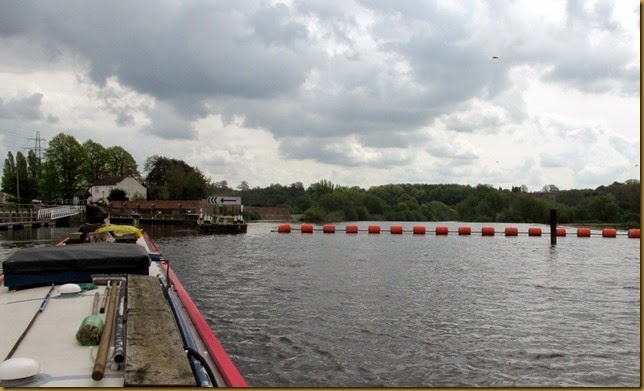 Someone needs a spelling lesson… 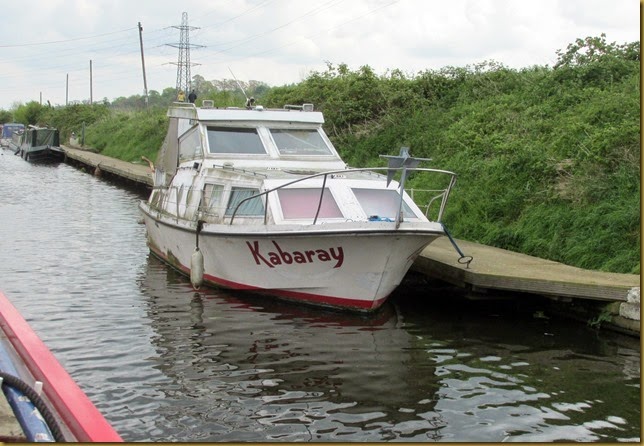 The Beeston Canal, built in 1794, connected with the contemporary Nottingham Canal at Lenton. It afforded an easier route for boat traffic coming from the south to access the Nottingham city centre.

It’s a fine way to enter the city. 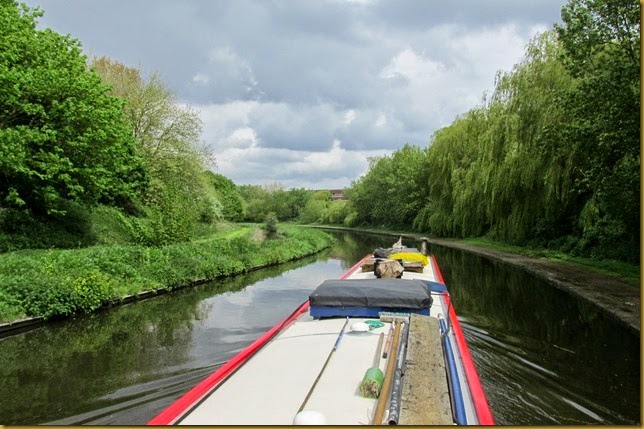 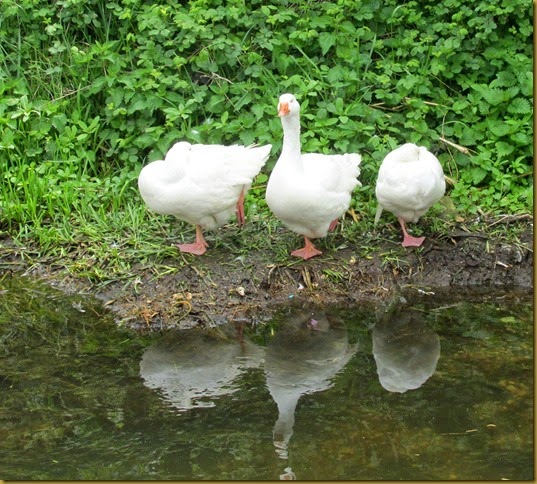 At Lenton there used to be a chain strung across the canal at night and over the weekend to stop boats trying to avoid paying tolls. The northern section of the Nottingham Canal has long since gone, with little chance of restoration, but the south-eastern section still carries the route through the city.

Site of the Lenton Chain, where the Beeston canal meets the Nottingham Canal. 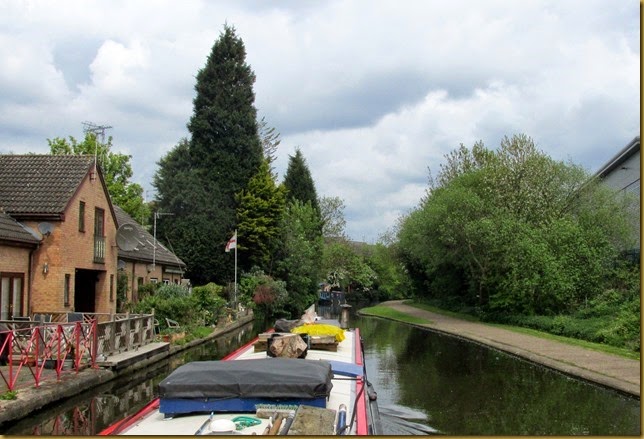 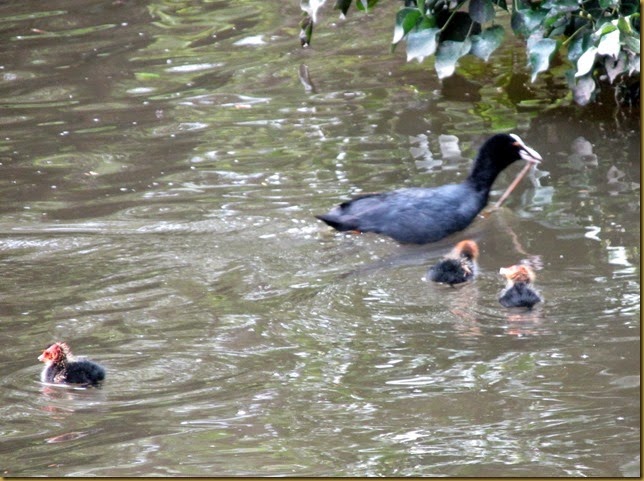 We moored near Sainsbury’s, just past Nottingham Castle Marina. And we just made it before the rain started. It’s been on and off all afternoon, but it’s supposed to be better tomorrow.

We’re waiting here now for the rest of the Wash flotilla. Since we left Manchester after I’d run the Greater Manchester Marathon on the 19th March we’ve done 126 miles and been through 79 locks. Time for a bit of a breather…