Four fine days anyway, lovely for cruising. We went back to Trevor so I could toddle off up to Tesco’s in Cefn Mawr, then came back to Gledrid taking two days each way.

Back past the Poacher’s moorings at Gledrid on Tuesday. 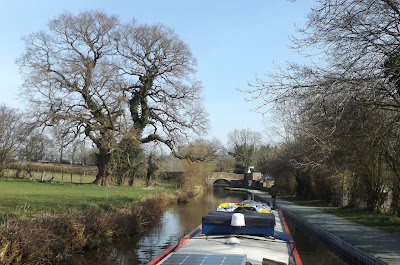 Chirk Railway Viaduct, alongside the aqueduct, has these decorative alcoves built in at either end of the span. 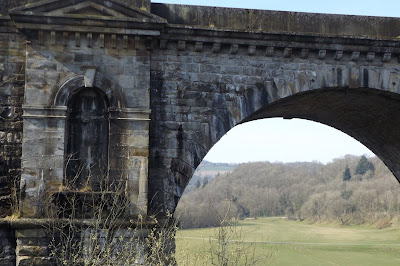 It was built by Scottish engineer Henry Robertson and opened in 1848 despite voluble opposition from local landowners.
Originally it had ten arches crossing the River Ceiriog, connected to the valley sides at either end by wooden trusses.


These were replaced in stone ten years later. The recesses seem to mark the ends of the original stone structure.

We pulled in on Tuesday afternoon at out regular mooring just north of Whitehouse Tunnel, then carried on to Trevor Basin on Wednesday.

Good timing as we arrived at Chirk Tunnel. 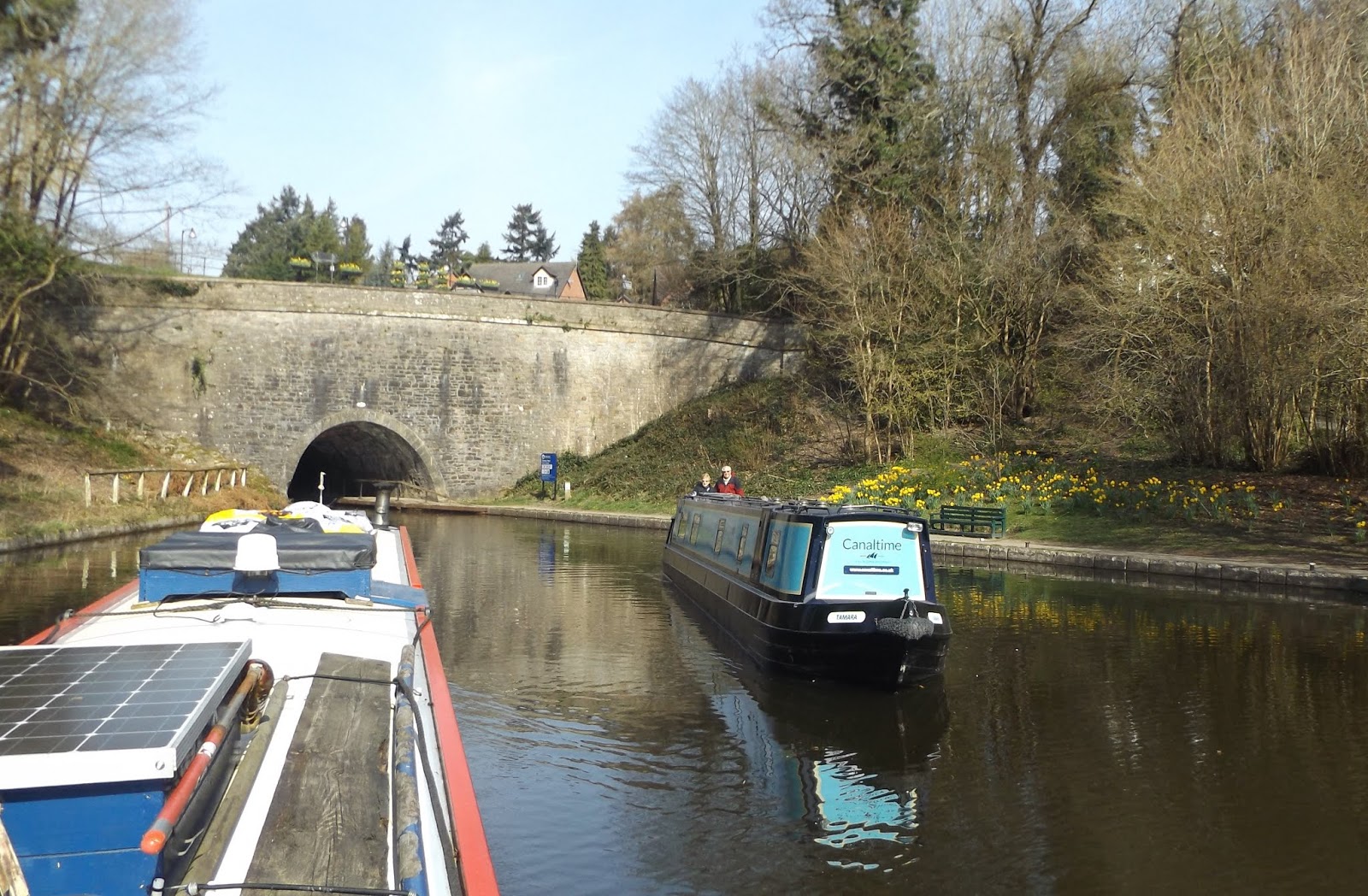 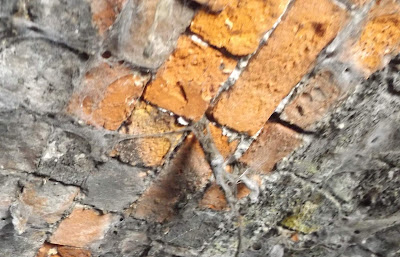 …and wet at the north end, decorated with flowstone ribs. 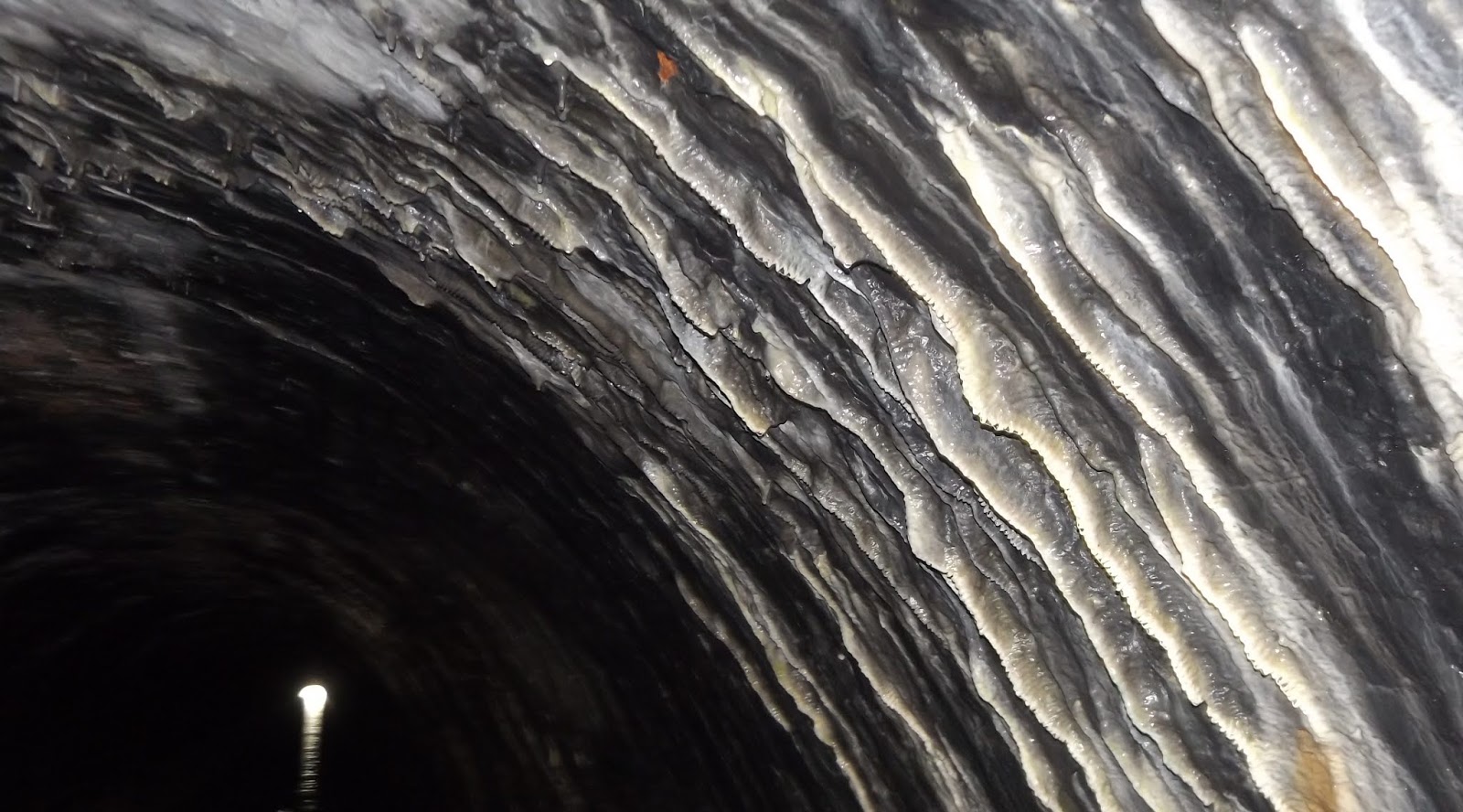 The water running off them forms spectacular icicles when it freezes hard. 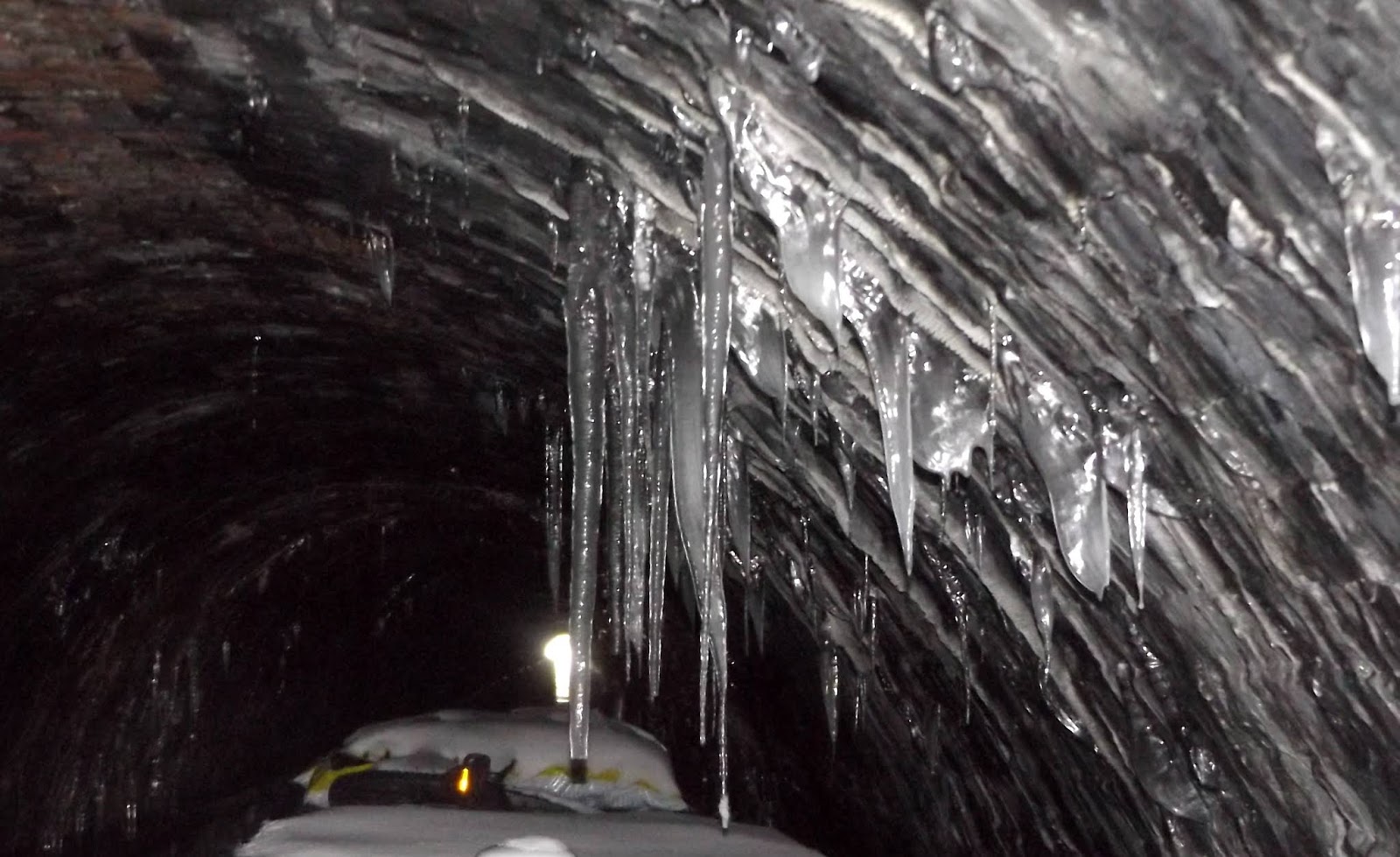 We’ve been through lots of tunnels, some several times. They come in all shapes, sizes and conditions, wide and narrow, high and low, wet and dry, short and long.
But Standedge, the highest, longest and deepest in the country on the summit of the Huddersfield Narrow meets all of the first three criteria along it’s length. A remarkable feat of 18 and 19th century engineering it’s 5 mile length crosses under the Pennines. We undertook the trip in October 2012.

Anyway, back to Wednesday and we toddled along the valley side above the Dee, filled with water then crossed Pontcysyllte Aqueduct. ( I‘ve typed the name so many times recently I can now spell it without looking it up! And I can say it (almost) like a Welshman!). 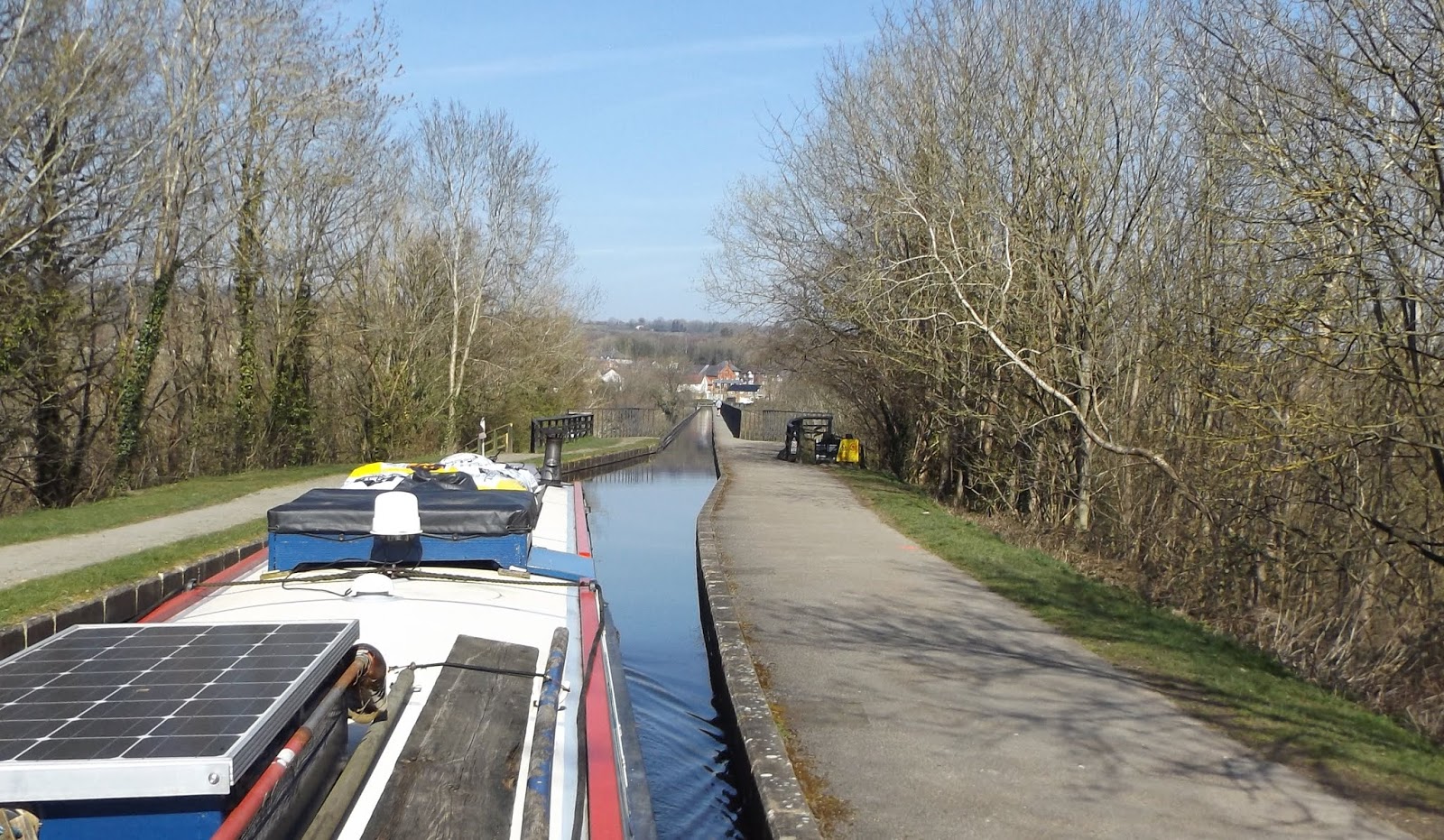 Looking down into the valley the old watermill still has it’s mill-race intact, emerging from the water-wheel house. 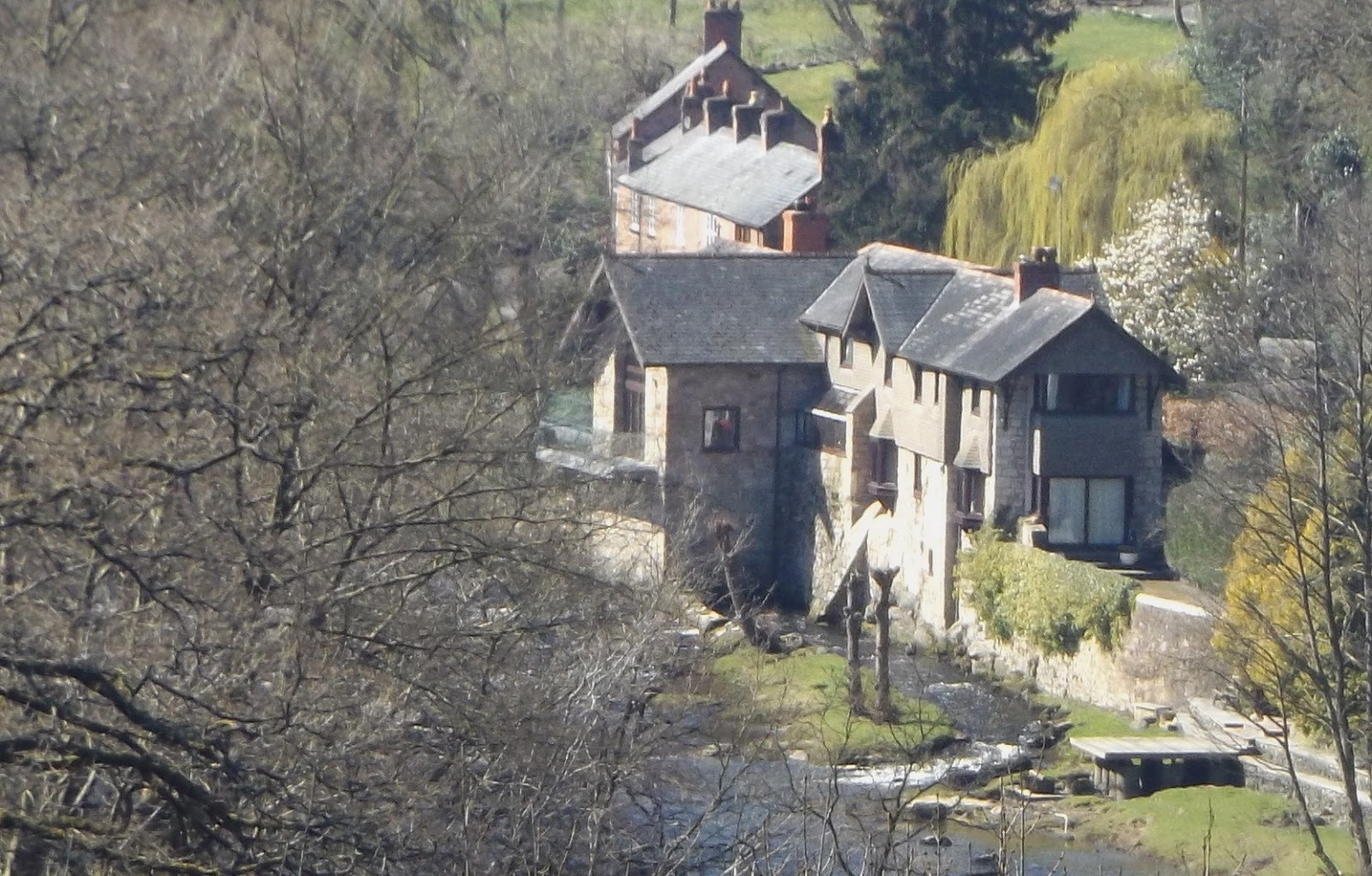 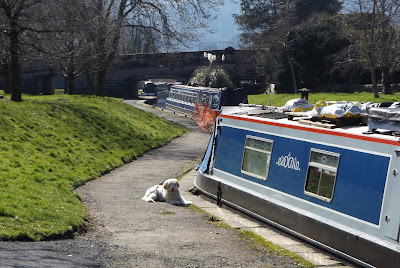 The boat in front of us is Eirlys, recently one of the pair of trip boats run by Jones the Boat from here. It’s been bought by Richard who intends to take it south and convert it for living aboard.

We had a chat (at a safe distance) and both walked up to Tesco on Thursday morning before setting off in convoy back across the aqueduct. 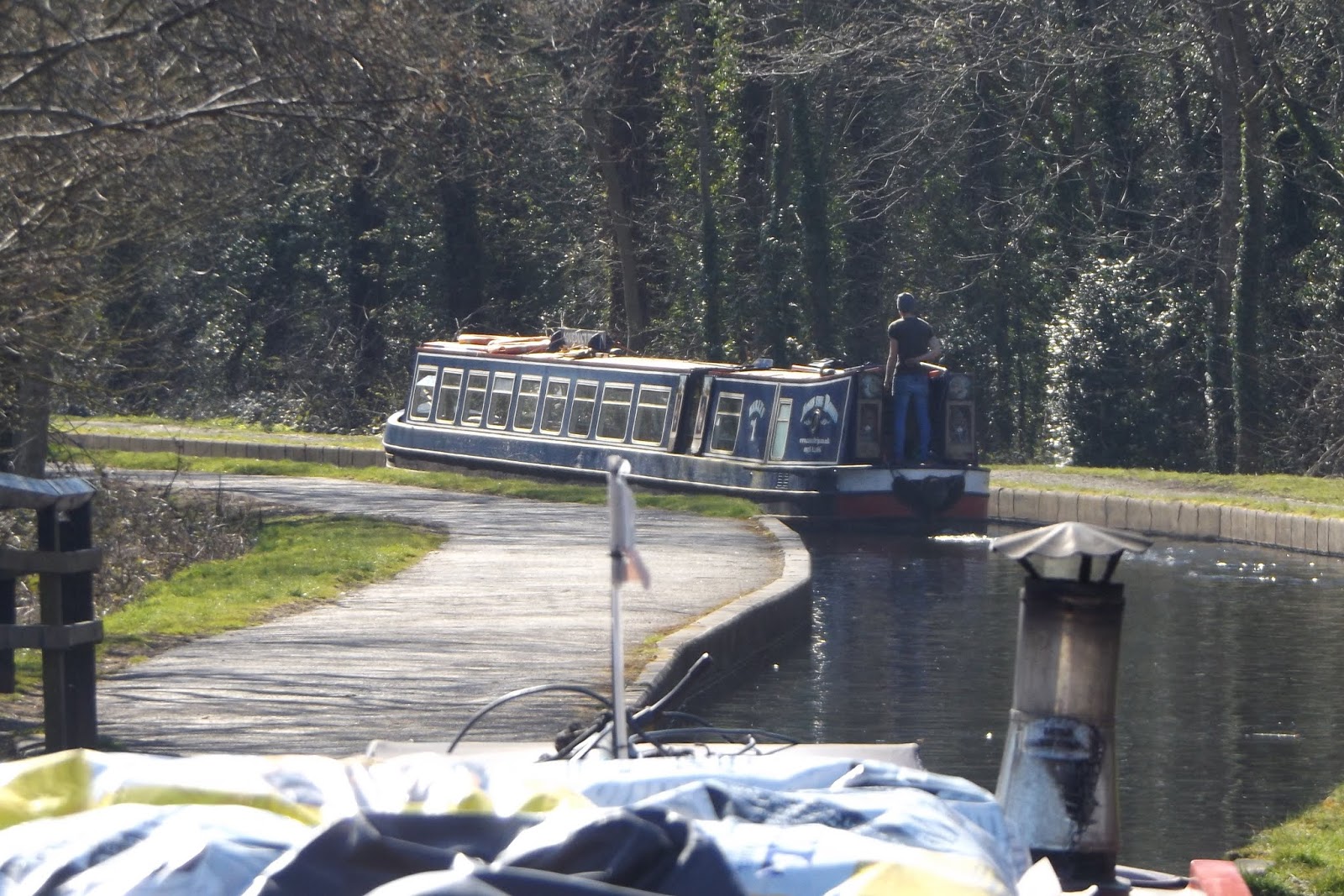 A last (probably) look back across the valley to Ponty. 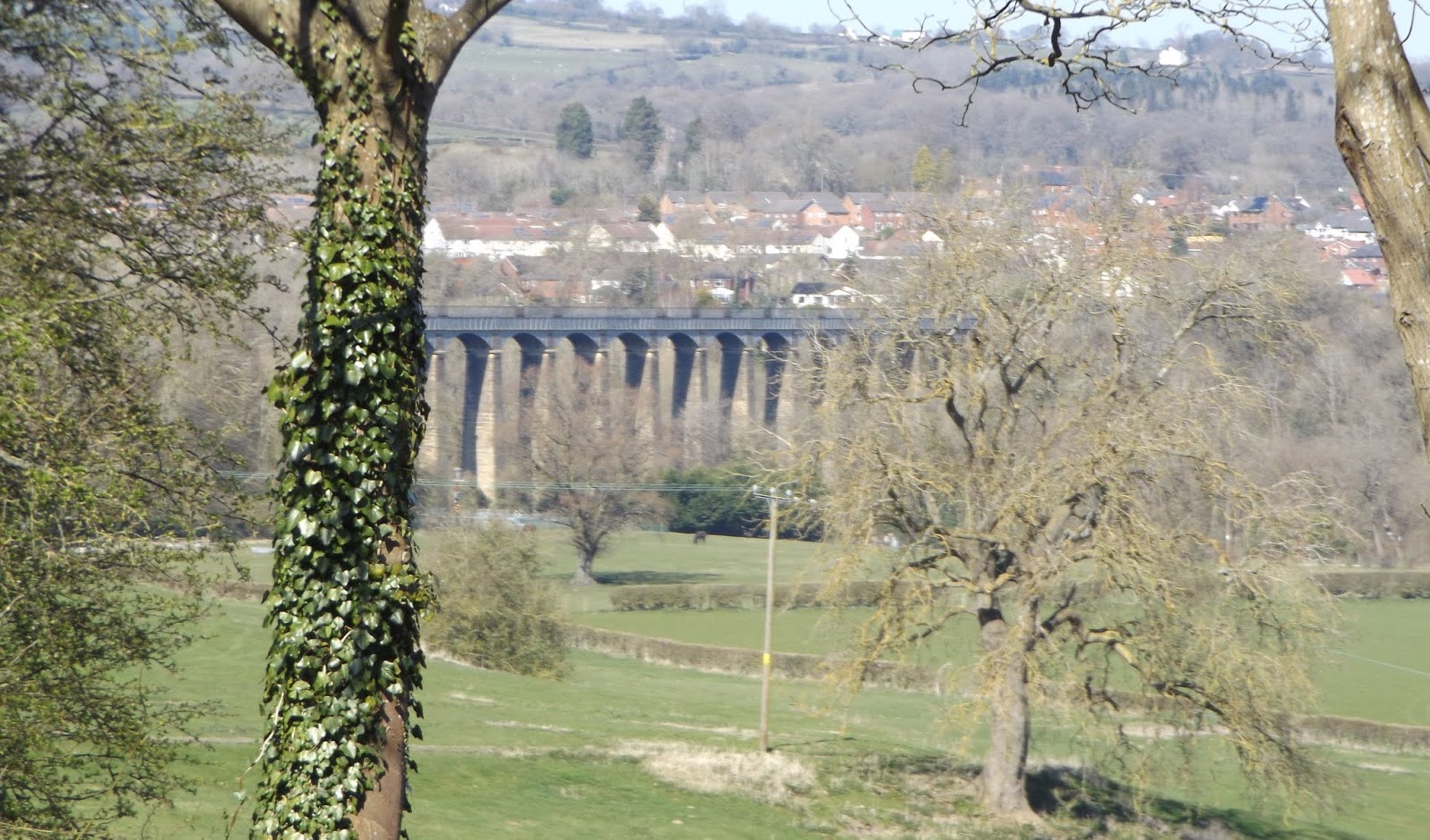 Once again we broke the trip back near Whitehouse Tunnel, heading back to the Poachers yesterday (Friday). Richard was on a mission, he’d left even before I got up with Meg at half past six!

Out of Whitehouse Tunnel 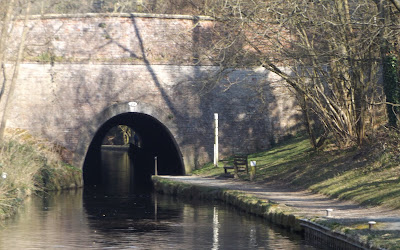 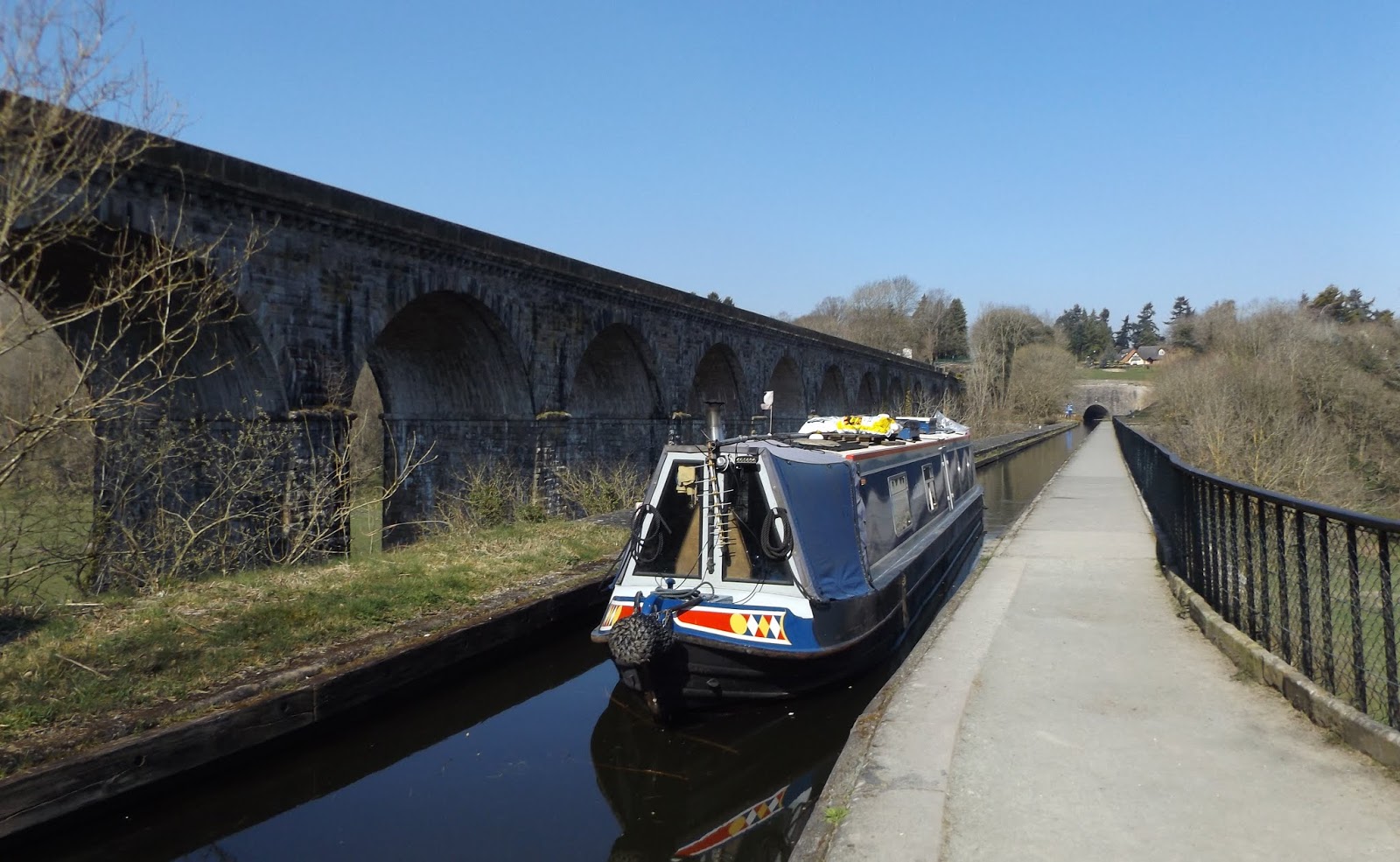 Carol, in answer to your question – that will make an nice round 30 crossings!

We pulled up outside the pub again, right next to the outside seating where it’s sunny. I wouldn’t normally but being as the pub is closed…

The ducks here are used to being fed and are therefore very tame… and insistent! 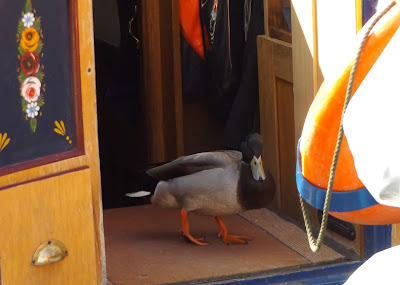 He did get fed, but only after he’d got off!

Canal and River Trust have advised us not to move unless we need to access essential services. So we’ll be stopping here for the weekend then heading on downstream to fill with water again at New Marton Locks. The next services are at Ellesmere where we’ll also be able to dispose of rubbish and recycling, and to do a bit of shopping. All essential.

At some point we’ll cross paths with coal boat Mountbatten now Richard and Ruth have been able to get up Hurleston Locks. We’ll be sucking fumes by then!
I’d planned to have as light a boat as possible for the slipway at Chirk Marina for the blacking to be done, starting Monday. So I‘d deliberately run the diesel tank down. The best laid plans…

I take it that you and Mags are not too keen on Duck a l'orange then? LOL

Hope you get the tank topped up and that you are both keeping safe & well? :)