We’ve had good weather these last couple of days, so I continued with work on the boat roof, tidying up any paint damage ready for repainting. The first three panels are now sorted out, but I’ll only be able to repaint two at once, I’ve got the two top boxes and the coal pallet to move along as I go. The bike, John Sage, is now back on the rack behind the tiller.

We woke up to sunshine this morning, but by ten o’clock grey clouds had rolled in and brought a short, light shower. So we waited till it brightened up again before setting off.

Leaving our out-of-the-way mooring near Kegworth. 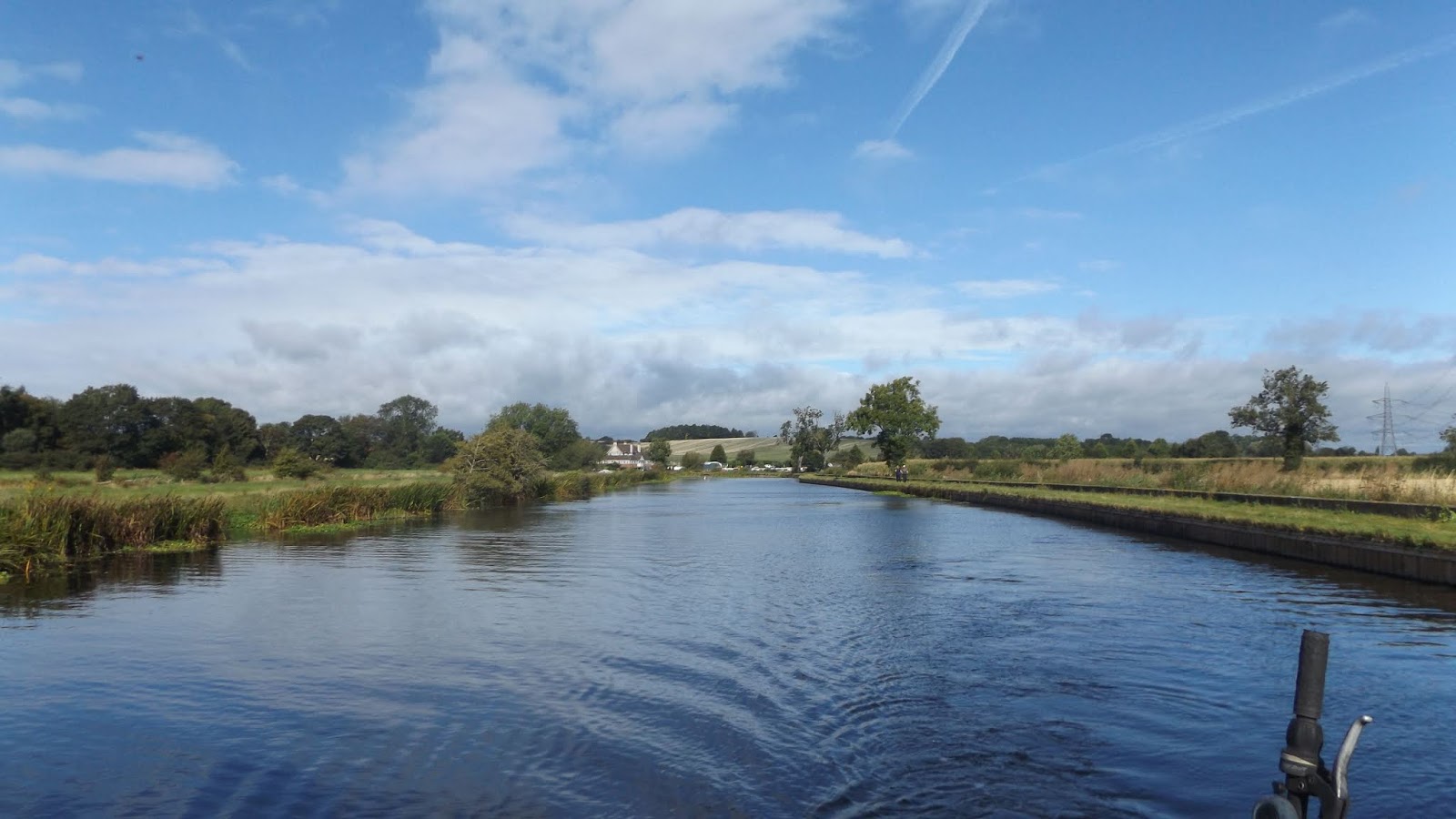 Twenty minutes after leaving we were waiting below Zouch Lock for a boat to descend. 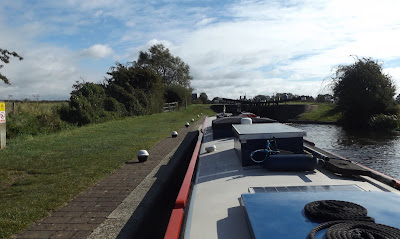 This was the first of just three today.

Zouch Lock done we motored along the lock cut, rejoining the river just above Zouch Bridge, alongside the weirs. 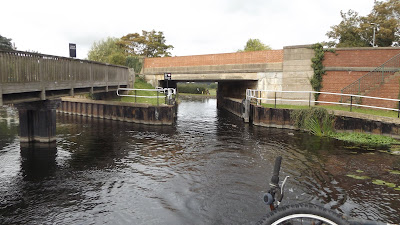 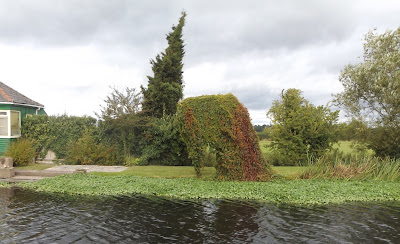 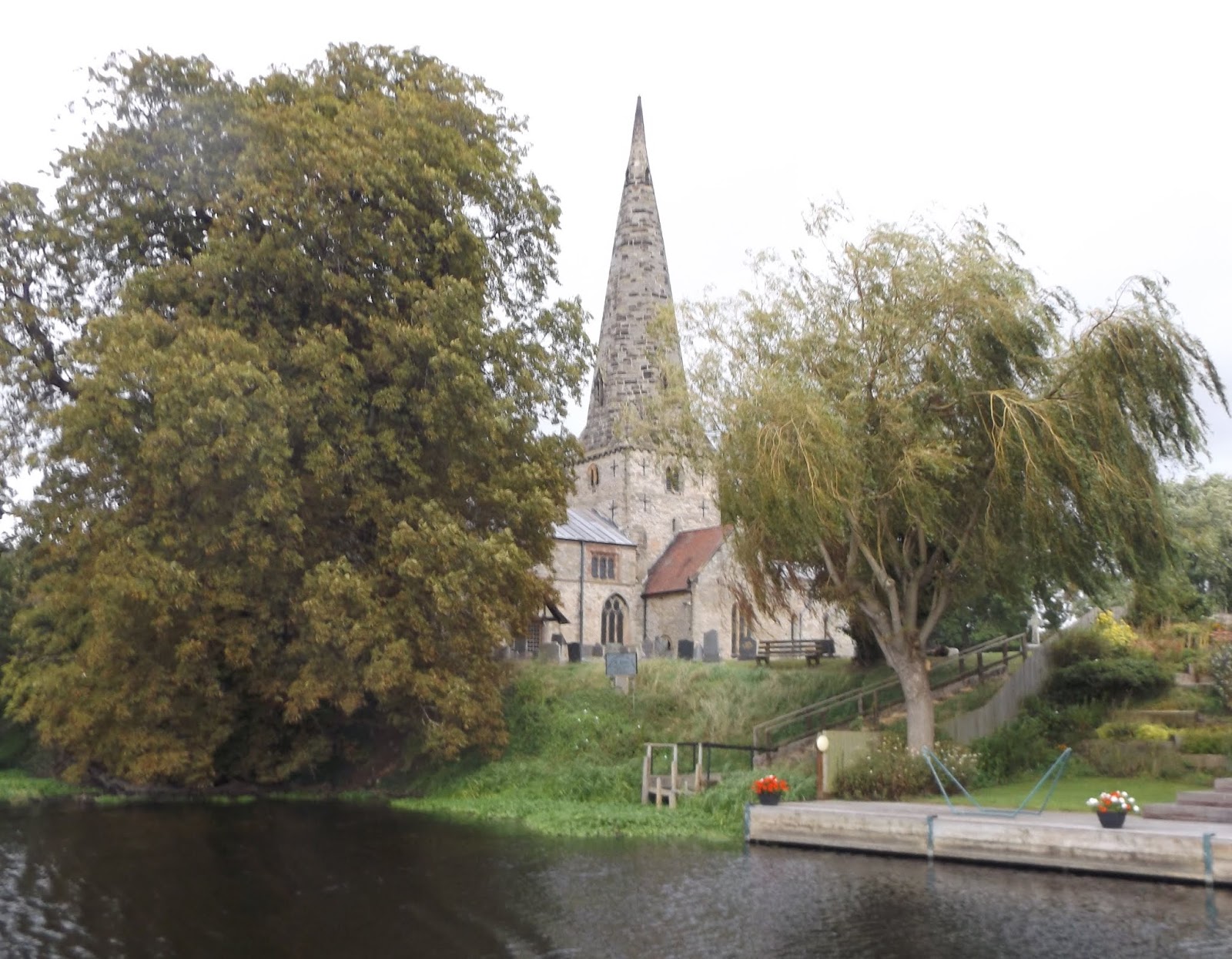 A few years ago a programme of spraying almost cleared the Floating Pennywort that plagues the river. But it’s back with a vengeance this year, lining the banks and extending out across the stream. 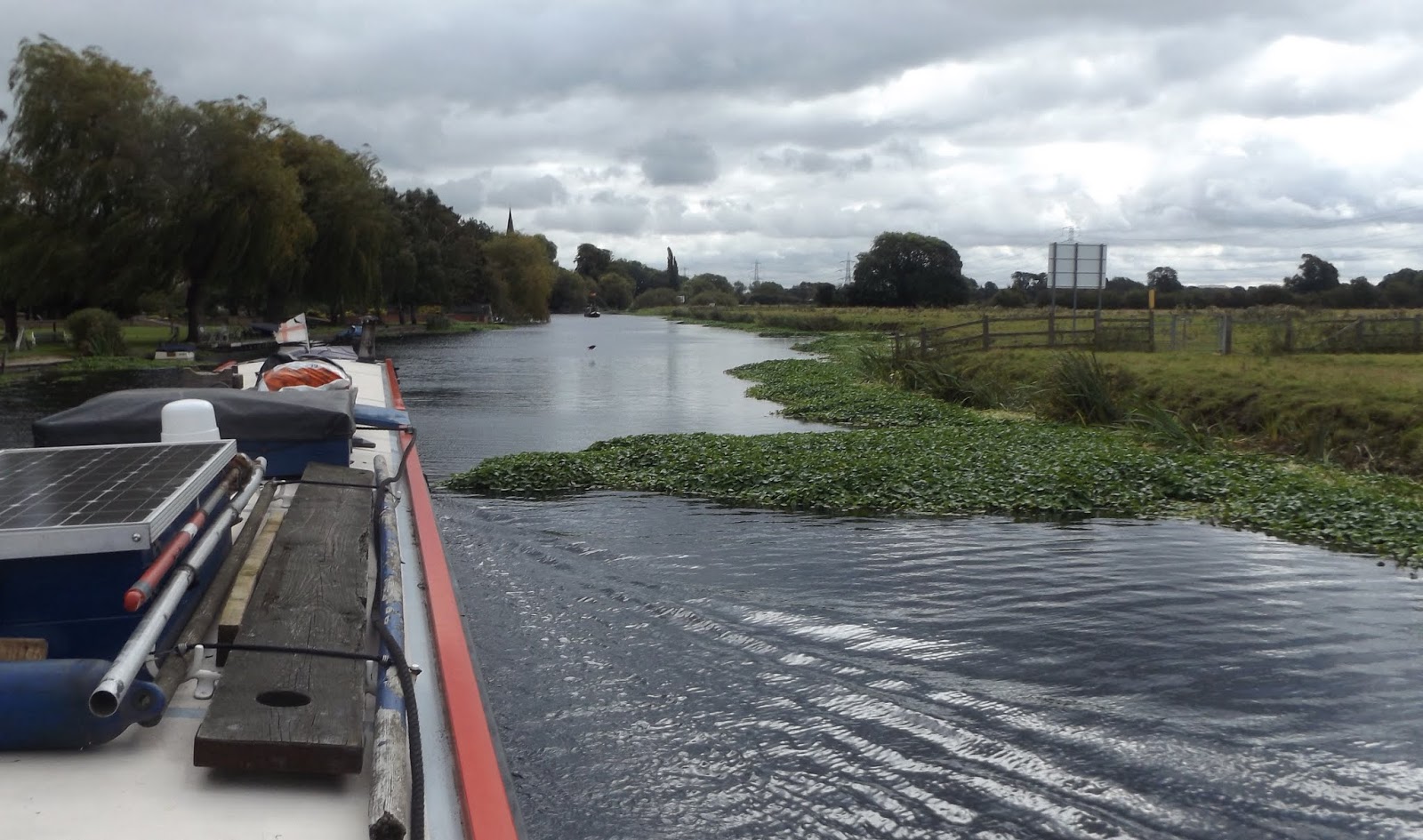 Floating Pennywort is a non-native invasive species, rapidly growing and a threat to native plants and animals.

We left the river again just down from Bishop’s Meadow Lock on the outskirts of Loughborough. A CRT team were doing some maintenance on the lockside and penned us up. 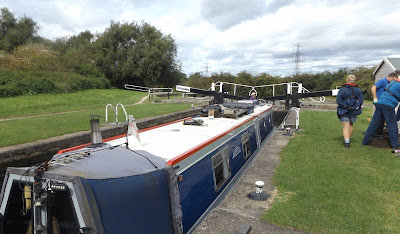 We put a splash of water in the tank from the very slow tap just above the lock, then carried on into town, turning left at Chain Bridge and pulling in a couple of hundred yards up.

Chain Bridge on the left. 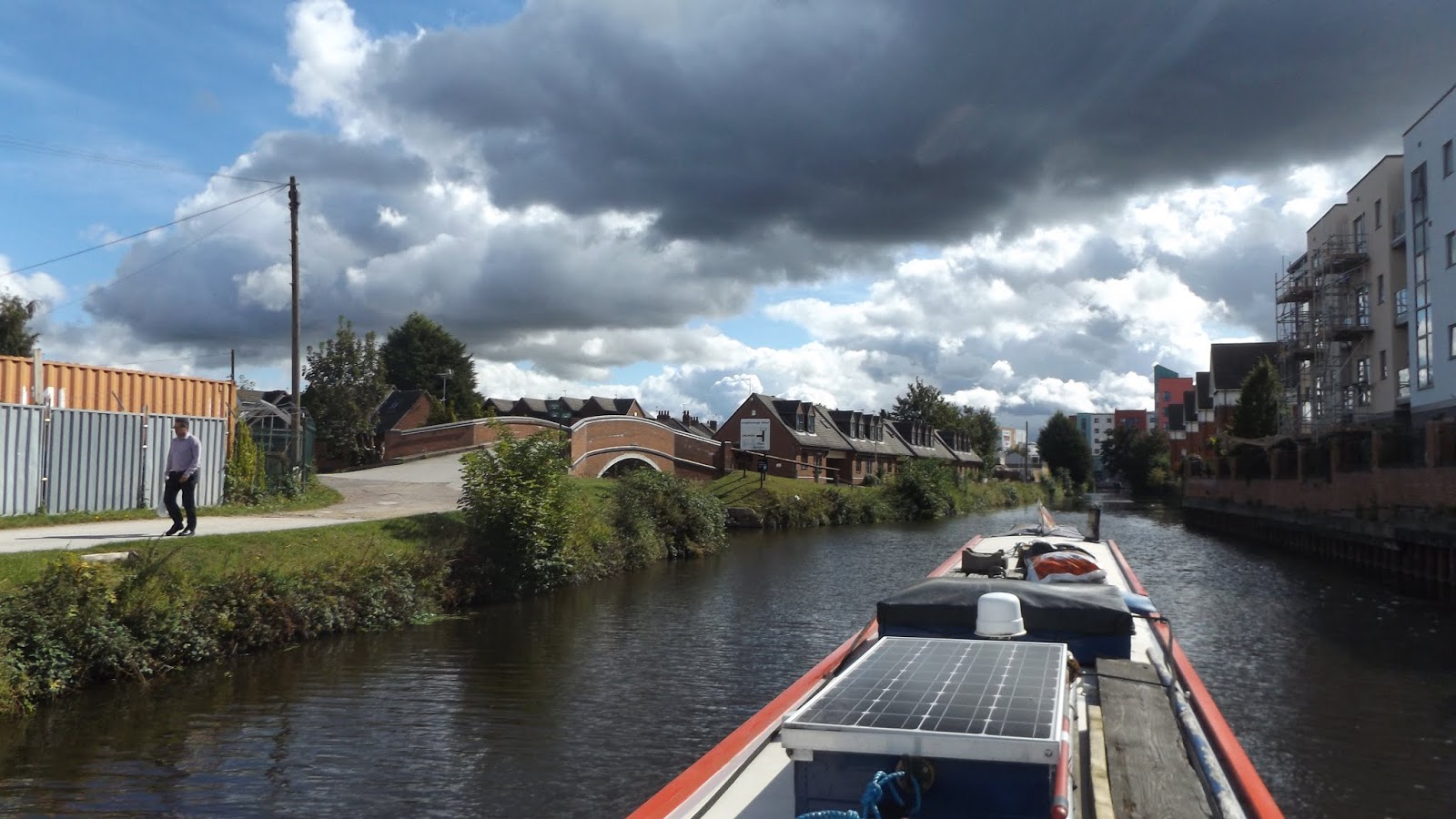 That heavy-looking cloud held onto it’s load before it drifted away, luckily!

We’ll be here for two nights, then we’re heading into Pillings Lock Marina for the weekend. We’ve a family gathering locally on Sunday.

hi you two was down that way must have missed you. At swarkstone for a aldi shop only 10 min from br13 Willington today.take care and sorry we missed you must read blog more