That’s what it’s turning into at the moment. Nothing of any note to report, I‘m afraid.

We went off to Airedale Hospital on Tuesday for Mags’ scan, picked up and returned by Station Taxis out of Skipton, prompt and efficient too.
The scan went OK, but Mags got a bit fed up with the wait while she had to drink over a pint of water with the trace dye for the x-rays in it. She even tried to give some away to a chap who’d already drunk his! We’ve not heard anything back yet, I’ll give her GP a ring early next week if they’ve not been in touch.

Meg is slowly improving. She’s now on a different antibiotic, delivered by Sam the vet on Tuesday evening and resulting from the lab tests on a sample taken from her bladder a week ago. She’s a little drier through the day, only leaking once or twice and letting us know she wants to go out most of the time. But she’s worse at night when she’s fast asleep. Hopefully, when the infection clears up, she’ll have better control.

We came back into Skipton a couple of days ago. After that bright but cold weekend last week it’s turned mild again but damper. It’s got pretty busy as well, with quite a few hire boats out and about. 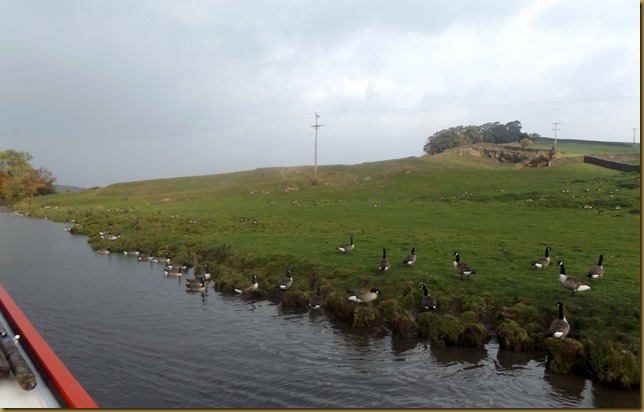 Cloud on the hills, but a bit of brightness trying to break through. 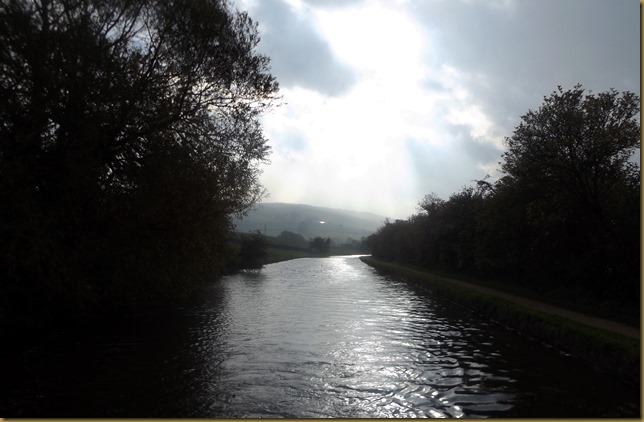 We were joined on the service wharf by a steam-powered narrowboat, the shell only 6 years old but the actual engine over a century. It’s looking good on it… 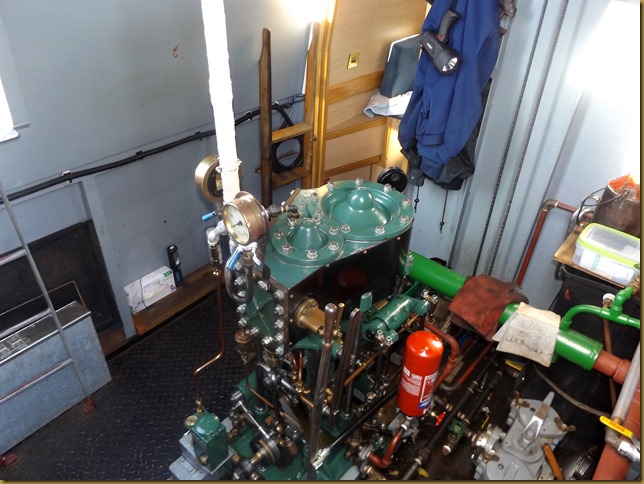 It started life powering a steam tug in Canada, then was a museum for a bit before being allowed to deteriorate. The present owned rescued and restored it to it’s former glory. 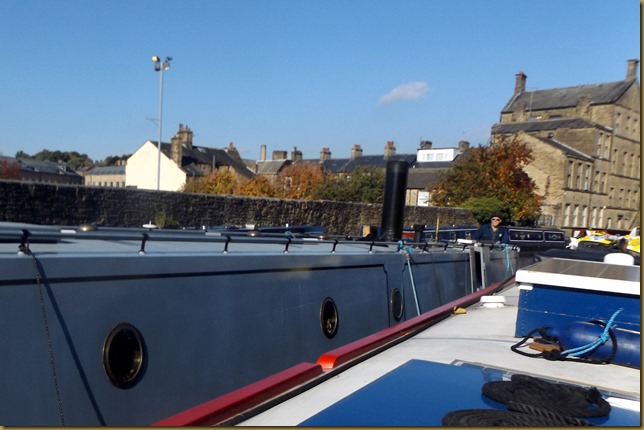 The weather looks a bit better for next week, so we might go up to Gargrave for a few days now the locks are open again. We’ll have to come back by a week on Tuesday though for Meg to get checked over.