A small project and an ethical decision.

Last Thursday and Friday we made the trip back into England to moor at the Poacher’s (again!). Thursday was fine and bright, Friday less so but at least it stayed dry.

Looking back to the aqueduct. 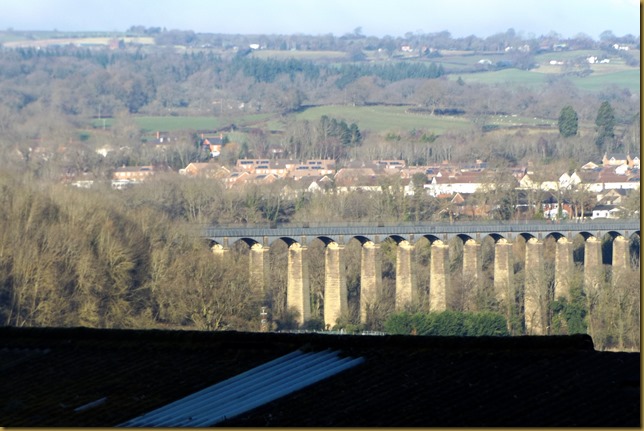 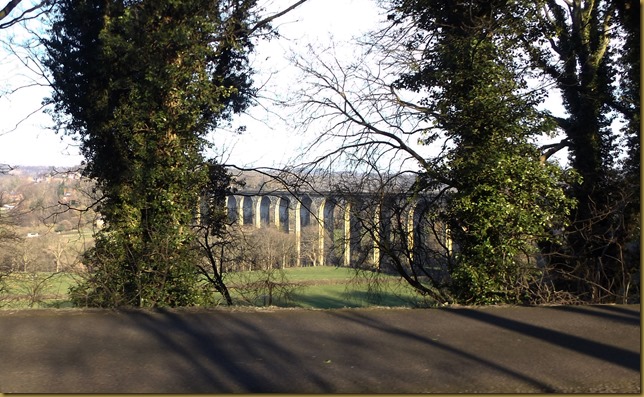 The A5 road bridge makes up the set of three high-level crossings at this end of The Dee.

Sunlight streaming through Scotch Bridge as we turn to head south 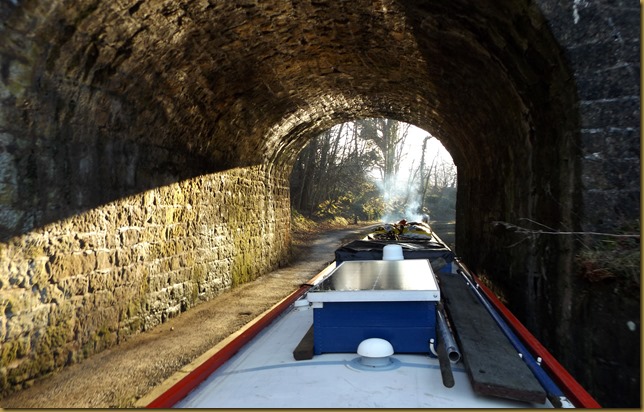 We split the journey by mooring just shy of Whitehouse Tunnel, then set off again on Friday mooring at 09:00.

Very misty as we set off… 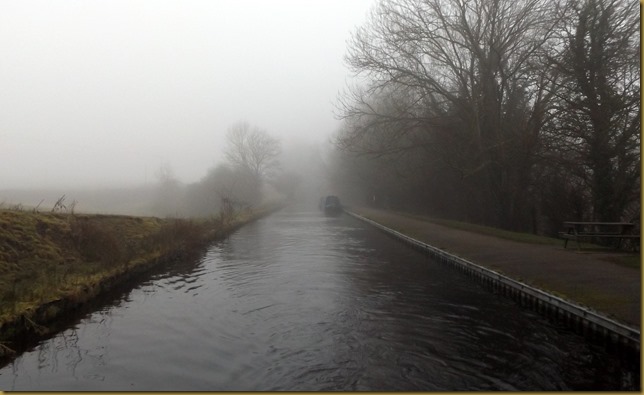 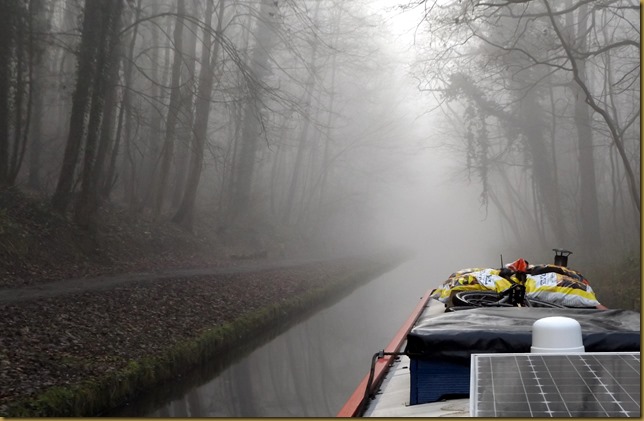 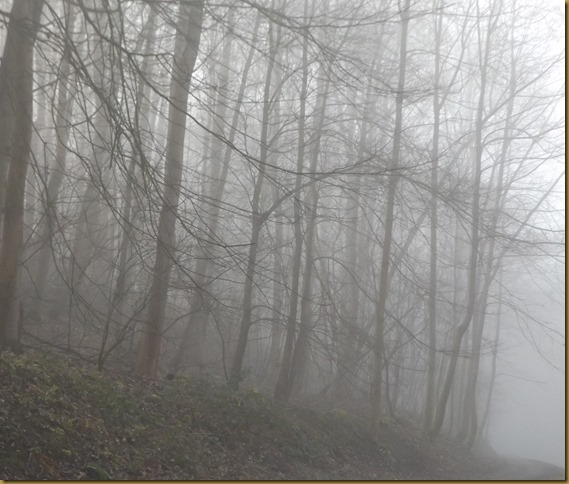 The tunnel at the end of the cutting was clear of the mist, but there wasn’t a lot to see as we crossed Chirk Aqueduct. 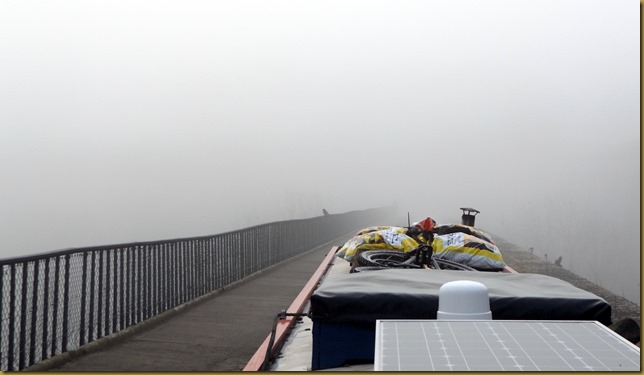 We pulled in on the moorings at Monks Bridge at 10:00, and Richard and Ruth arrived by van to drop us some solid fuel off about half-past. I’d just got that squared away and sat down with a coffee when the Tesco delivery arrived, 15 minutes early! He was early last time we had a drop here, too.

By half-twelve we were on the way again, not far though, just 20 minutes to moor outside The Poachers.

Our friends Val and John have been acting as Post-Persons for us this week, receiving several packages for me to do with the latest project. They turned up with them on Saturday, so I made a start yesterday.

We’ve been toying with the idea of installing a freezer for a while. Not a large one, but frankly almost anything would be better than the freezer compartment at the top of the fridge. The most common for boats seems to be the Shoreline CF35R… 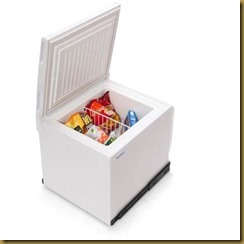 … a 35 litre capacity unit mounted on rails for installing under a bed or dinette. A good bit of kit, but I was unprepared to give up the amount of storage space it would have taken up. 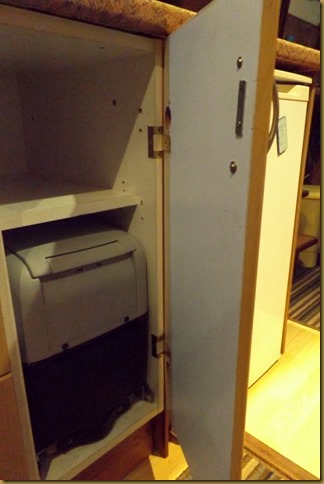 A bit of research and plenty of exercise with a tape measure decided us to go with a Dometic CF16. Only 16 litres, this one, but it will fit in the lower ⅔ of the 300mm wide cabinet alongside the fridge. It’s actually designed for strapping into the boot of a vehicle for transporting frozen or chilled supplies. Mounted on drawer runners it slides out to open the lid, then back in behind the door. I had to cut out the rear and sides of the cabinet to make sure there was plenty of air-flow for the heat exchanger, but none of that is visible. 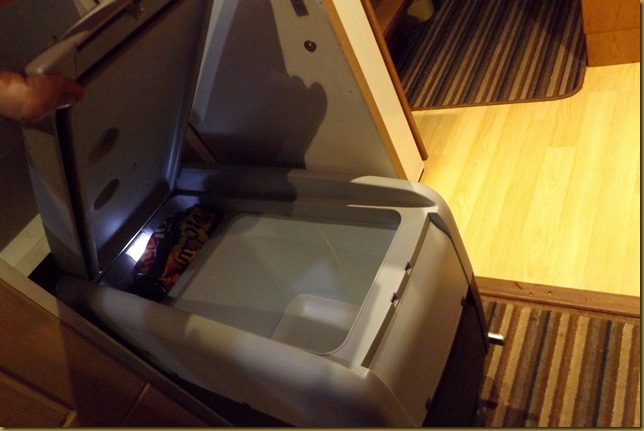 The hardest task was running a power supply and earth return, threading the new cables through the cabin-side trunking. The fridge supply is right next door of course, but the supply cable to that would be too small for both units. The volt drop over the 11 metre run would be too much. The only drawback is that the controls and digital temperature read-out are on the back of the unit as it’s fitted. But once it’s set up and running they shouldn’t need to be touched. It’s easy enough to lift out anyway. 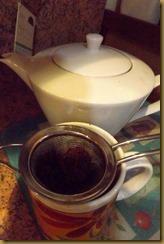 The other decision we’ve made follows the recent revelations about the amount of plastic in tea-bags, of all things. It turns out that very nearly all manufacturers use a fine polypropylene mesh to reinforce the paper bag. That teabag you thought was completely biodegradeable turns out to be about 20% plastic!
So we’re following Jaq’s lead and have moved to using loose tea, supplied without any plastic on the outside of the box either!
And the tea tastes better. I’d urge you to do the same.

Congratulations on your new purchase, I'll send you this clip hopefully before anyone else does...
https://www.youtube.com/watch?v=_nSRsyKrJ-U

I too read about the tea-bag plastic issue, it's obvious I guess if you think about it, but then why do we have to question everything nowadays??

Hope you are all keeping warm & well :)

Lovely post with great pictures, especially the atmospheric cutting and the buzzard. What are you going to fill your new freezer with??

I am in Aqudeduct marina with the flu. I haven't felt this wretched in years and I am itching to get out of here but my bones feel spongy and eberything aches includimg my teeth!

Hiya Jaq. Hope you're feeling better soon. Don't get going again till you're ready. The new freezer? Ice cream is first on the list!
Hi KevinTOO. Your read our minds! Like I said to Jaq, the ice cream is a priority. But no Johnny foreigner on a glorified rowing boat will be nicking ours!