A short foray over the border, then on to a change of view.

We spent the weekend and yesterday moored outside The Poacher’s. It’s becoming a bit of a home from home… We had a bit of interest, apart from the three boats that passed. The local sniffer dog team was training the dogs for water-work, using a RIB with a platform on the bow. 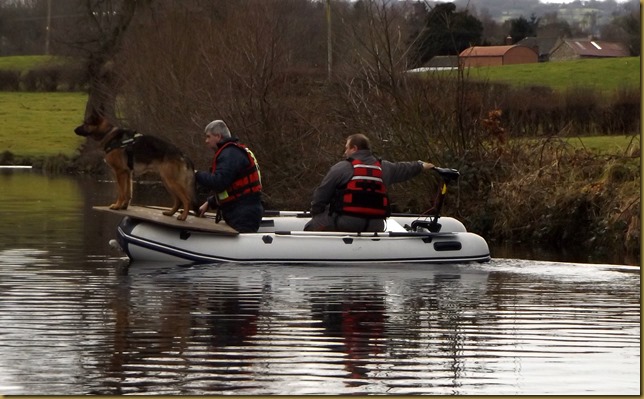 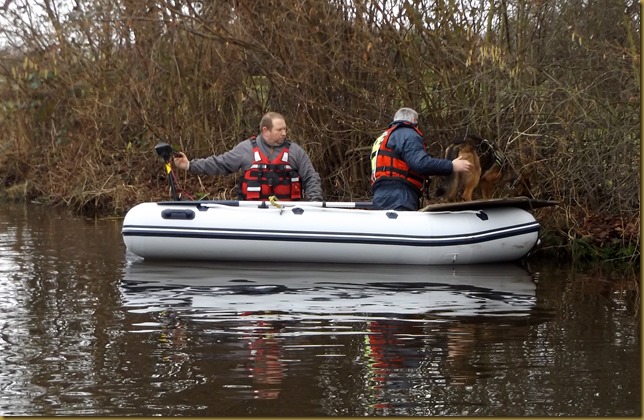 Three dogs were involved, a Spaniel, German Shepherd, and a young Labrador. They all did well, finding the scent of the underwater bait, but the lab would insist on falling in…

We’d arranged a Tesco delivery for this lunchtime, planned for between 12 and 1, so moved off at 11:00, turned around a little further down and headed back to Canal View. We should have had plenty of time to spare, but like the two previous deliveries, he was early. Half an hour in this case! 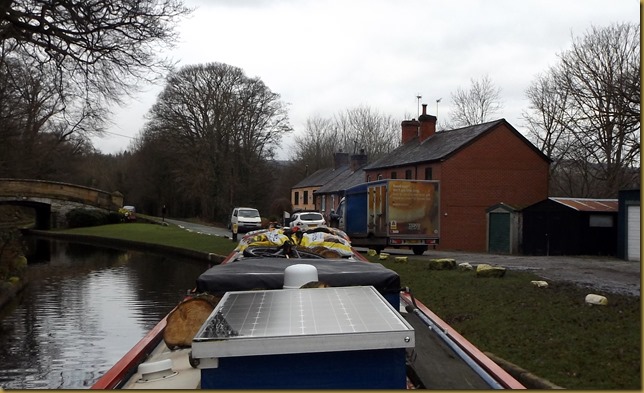 With the groceries loaded up stashed (the new freezer is full to the top…) we had lunch and then moved on, over the Chirk Aqueduct to wind in the basin just before the tunnel.

The daffodils are really getting going now. 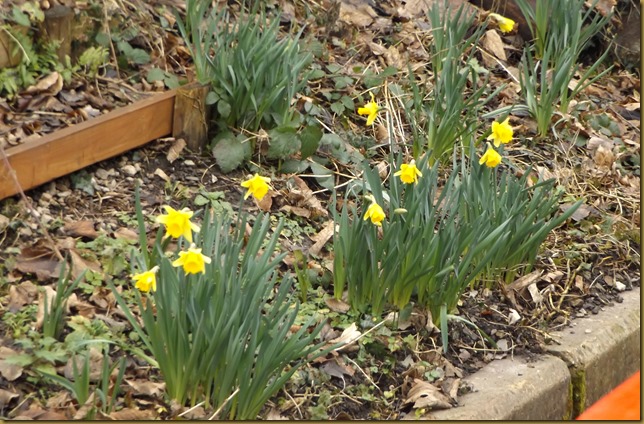 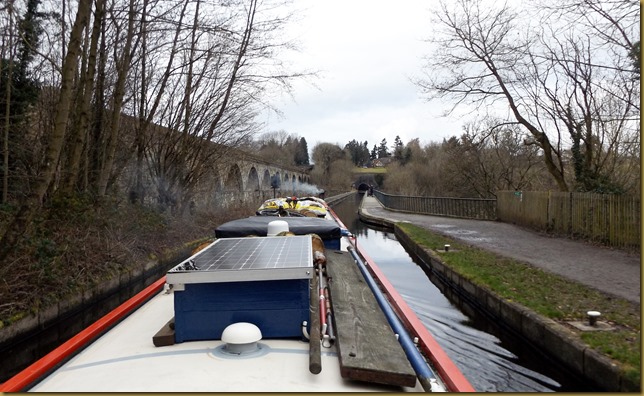 It was worth the detour into Wales, although we had no choice anyway. Someone had been tidying up on the tunnel embankment - 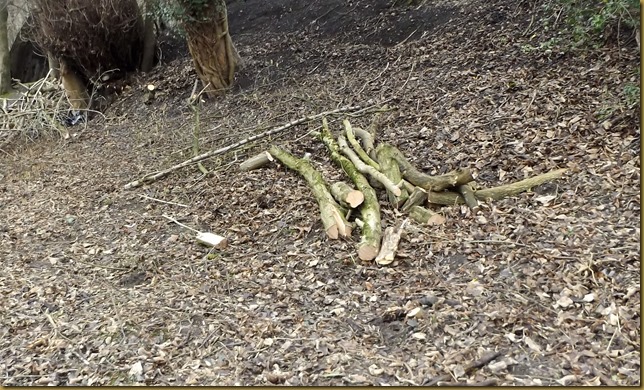 So I helped out! 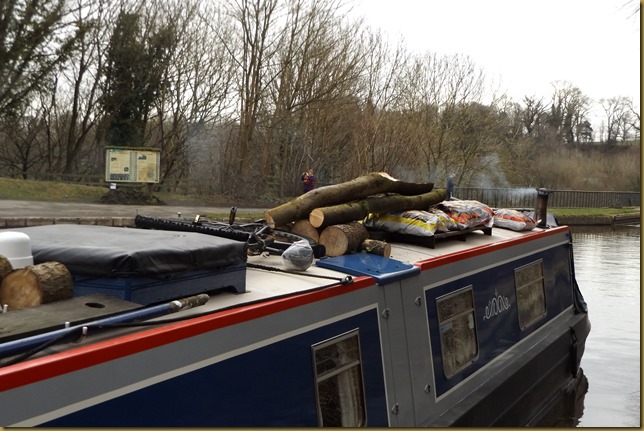 A couple of guys were setting up a drone as we crossed into Wales, on the way back it was up and flying. 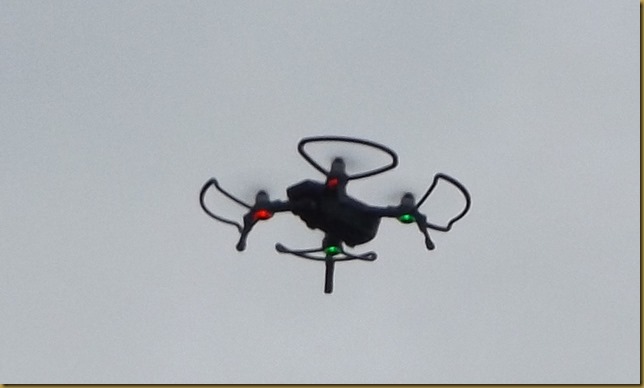 They said they’d some good footage of us as we crossed the aqueduct. I’m hoping that they’ll put it upon YouTube. We cruised back, past The Poacher’s, and moored on the offside near Lion Quays. Those branches are now sliced up into stove-sized pieces, some will go straight in, others will have to be split.

Tomorrow we’ll head east, filling up with water above New Marton Locks, then descending the two before finding somewhere to moor. On Friday we’re booked to drop down Frankton Locks for a short sojourn on the Montgomery Canal. We’ve got to come back though, Meg was her next review at the Chirk vet in a fortnight. Still, it’ll be nice to have a change of view.