We hung on at Coole Pilate till today. I’m afraid this will be pretty much our schedule for the next 3 weeks; 2 or 3 days on the bank, followed by a short cruise.
We don’t need to be at Ellesmere Port till about the 26th, and its only about 6 gentle days cruising. At the museum we’re planning to hire a car to go to Liverpool for my first race of the season, then nip “up North” to see the family.

Meg and I have had a couple of good walks in the area, although yesterday’s was a bit of an assault course. To get to the Weaver, we had to cross a very deeply ploughed field, gateways full of slurry and waterlogged fields. But it was worth it. 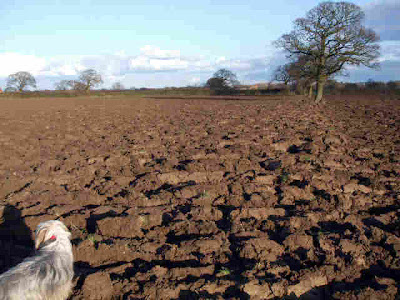 You can imagine Meg thinking, “You’ve got to be joking!” 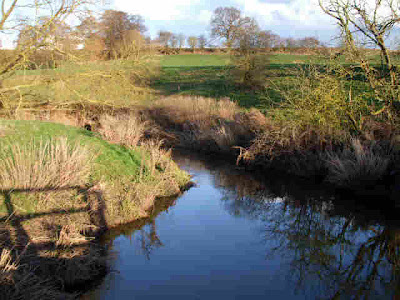 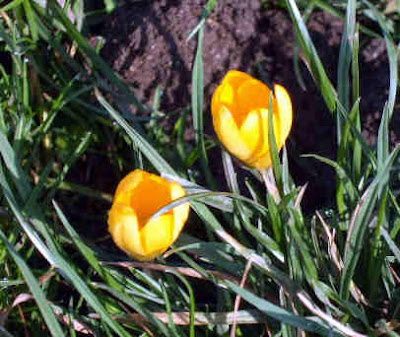 At this point the river’s heading north, having turned from it’s SE’erly course near Audlem. It’ll go through Nantwich, Winsford and Northwich before emptying into the Mersey at Runcorn.

From just above Winsford it has been made navigable, and can accommodate coastal vessels. Or at least it could. It’ll need a good dredging to fulfill that role again.

Meg needed a good clean up when we got back... 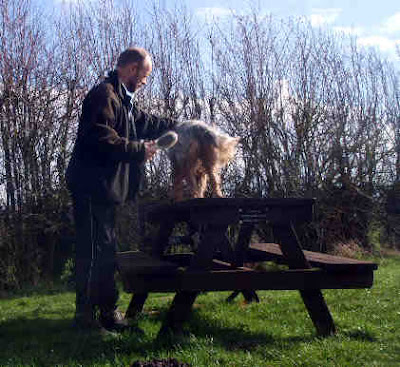 Tuesday was a bit grim, strong winds and heavy showers, Oddly enough we saw more boats traveling that day than either yesterday or today, when it has been fine and dry. Some people are suckers for punishment.

We got off soon after 11:00 this morning, the “Simpson Sky” making it look warm but the cold northerly ensuring it was the opposite.

BW are making a meal of cutting the hedges near Hack Green. I think it’ll be a while before they need to come back! 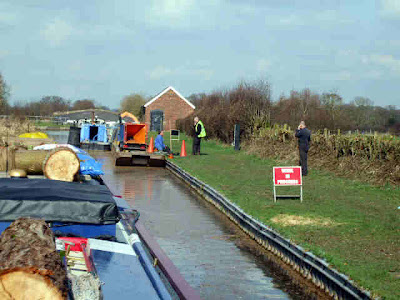 At Hack Green is “The Secret Nuclear Bunker”. Sue on No Problem has already mentioned that it’s not so secret with dirty great signs pointing to it! 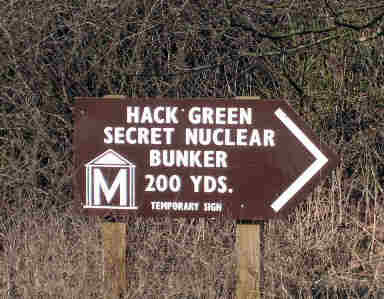 This is where in the event of a thermonuclear war, those selected would find themselves holed up, while us ordinary mortals watched our hair and teeth fall out….

Down the 2 locks at Hack Green, I told Mags that these will be the last narrow locks we’ll work for a while. North of Nantwich the canal was built in 1779 at broad gauge. This is the original Chester Canal, and although the canal is no wider, the locks and bridges are able to take vessels of 14’ beam. 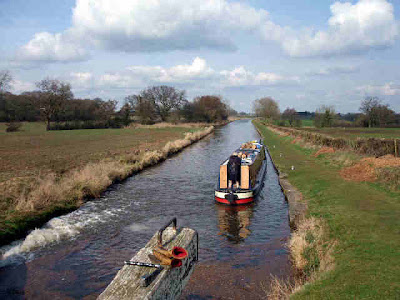 The bit we’re on now was built as the Birmingham and Liverpool Junction Canal, and the whole became the Shropshire Union in 1845.

We arrived at Nantwich around 13:00, and moored on the embankment south of the aqueduct. In fact the town centre is about a mile to the west. I’ll go shopping tomorrow. One essential is a new axe. I cracked the head of my old one splitting wood on Tuesday. 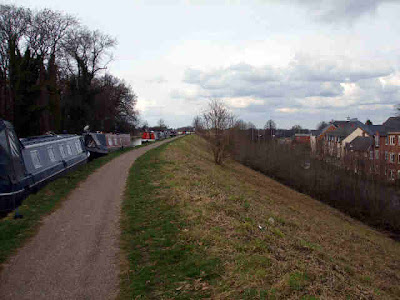 The embankment and aqueduct here is another case of a local landowner refusing permission for the canal to cross his land. In this case it was the resident of Dorfold Hall. So the canal had to swing in an arc to the west, requiring the building of the embankment pierced by the main road. We shouldn’t complain though. The revised route gives us another of those fine cast iron aqueducts that Telford was so fond of. 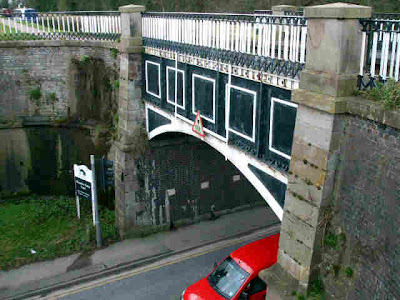 The signs for the secret bunker are great! We laugh now but we took a tour round the bunker a few years ago and the people who built it certainly weren't laughing! It's a fascinating and chilling place.
Sue

Hiya Sue
Yes I know I'm making light of it now, it was a time of enormous tension and worry. We all thought it was only a matter of time before someone pushed the button...