Back downriver to The Trent 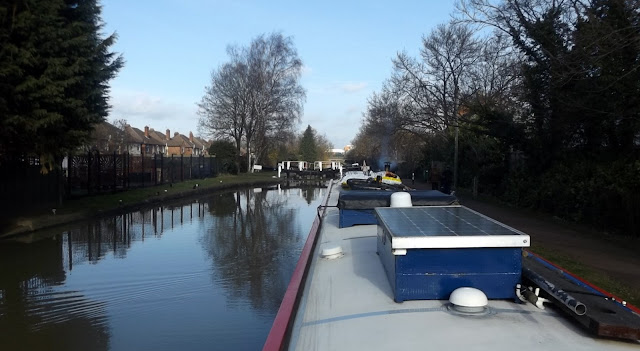 We intended to fill with water at Bishops Meadow Lock, but there was a boat already on the water point when we arrived. We pulled over to wait, but he still hadn’t finished after 45 minutes so we decided to head off down the lock anyway. We weren’t desperate, but it would have been nice to top up as things transpired… 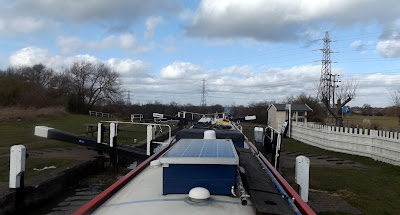 Below the lock there’s a short cut before the river rejoins the navigation after it’s roundabout trip around the town. 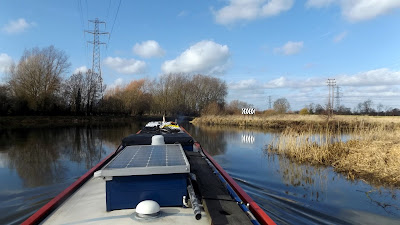 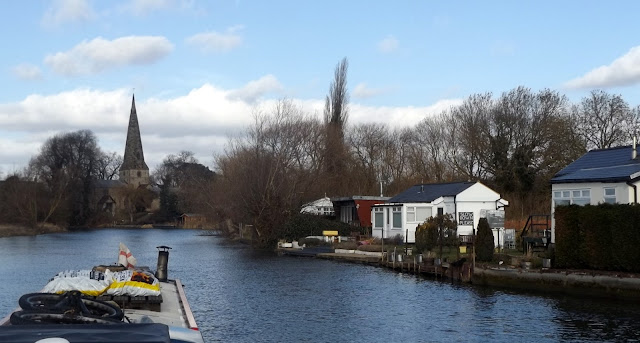 Above Zouch Lock is one of the radial gates, built to control excess water on this rather flood-prone river. 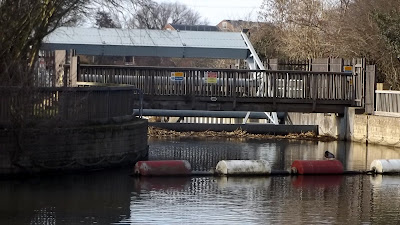 The fine weather has brought out the anglers on Zouch Cut 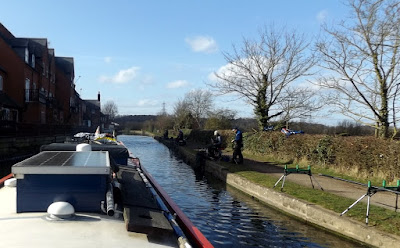 We moored for a three nights on the long reach between Zouch and Kegworth, in a sunny spot below Devils Elbow.

Not many boats about at the moment, just a handful each day, including some from the local rowing club and a pair of dragon boats training. 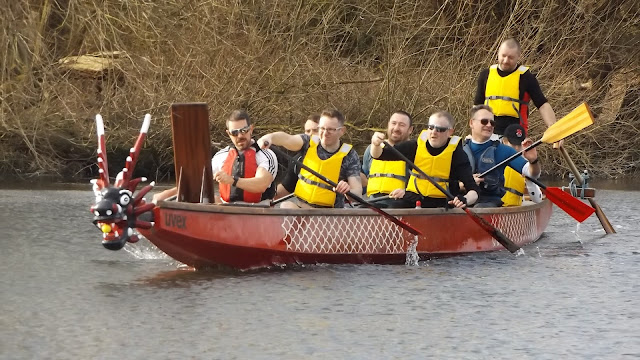 We had a fine sunny start to today, but it had clouded over by the time we got away, and the westerly breeze was cool.
Kegworth Deep Lock was about 20 minutes downstream, past The Hermitage standing on the opposite bank, and then a couple of impressive weirs taking the river around the lock cut. 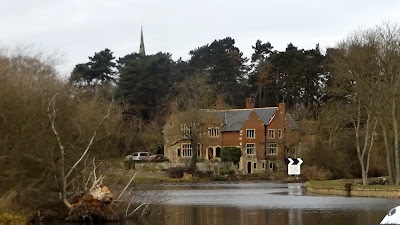 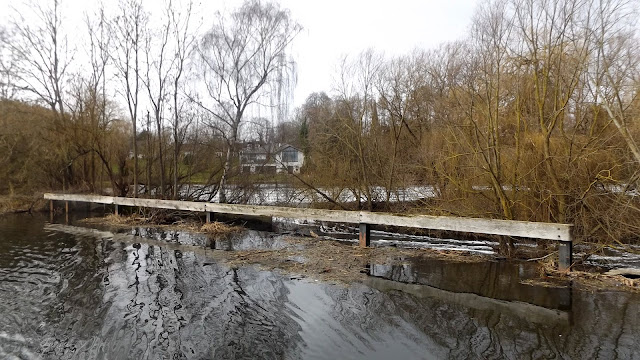 We struck lucky at the lock, a boat was just about ready to come out so we had the advantage of a full chamber to use.

Dropping down Kegworth Deep Lock, Mags on the tiller, me on the gates, Meg having a roll in the grass… 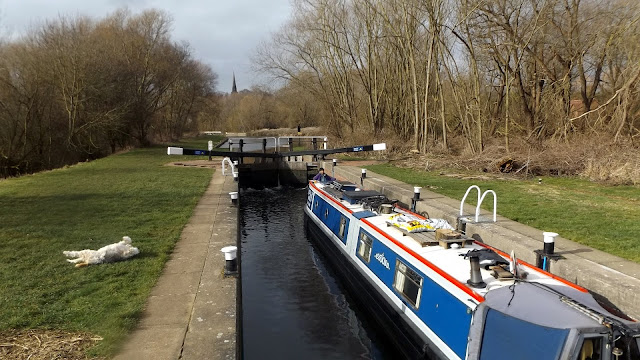 Kegworth Shallow Lock, used as a flood lock, was open as expected, so we shot straight through, pushed by the increased current as it came through the restriction of bridge and lock.

Ratcliffe Lock was our last on the Soar, then we passed Redhill Marina and came out on the wide waters of the Trent. 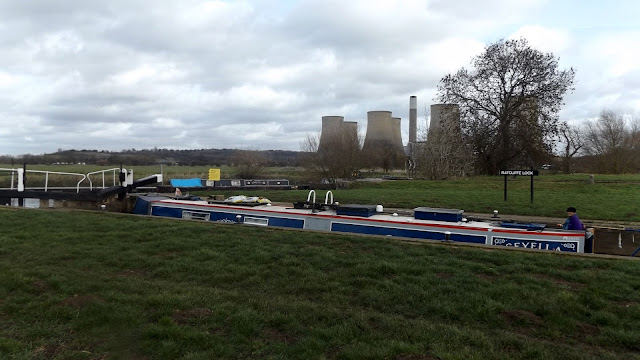 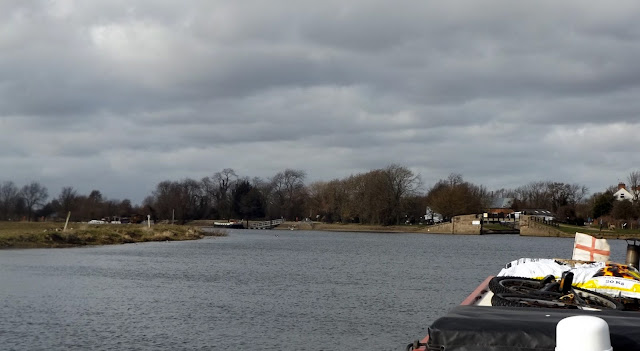 The plan was to fill the water tank from the standpipe next to Trent Lock, but, having pulled across the junction, tied up and set up the hose I was disappointed to find that the water had been turned off! Just for the winter I guess, it was working a few weeks ago.

We finished up on the mooring pontoon near the junction, behind a very nice (and very new) Dutch barge. We want to stay here for a couple of days, so I shall have to take the water barrel up to the services above Trent Lock a couple of times to make sure we’ve enough water to last. 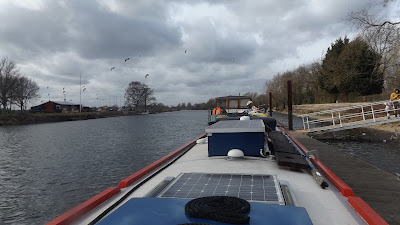 Then Friday should see us heading up The Erewash.

Locks 5, miles 9¼ (since leaving Loughborough)
Posted by Geoff and Mags at 8:13 pm